Once I heard someone saying that “Spring time in Portugal starts in January!” Wow… In fact, we were cycling under a deep blue sky and the temperature was pretty nice for January!

In March, everybody rides a bicycle enjoying the sunny days. Snow is not common: you can only see snow in the northern mountainous regions. Portugal is an excellent place for cycling.

Portugal is one of two countries in the Iberian Peninsula. This is one of the south regions in Continental Europe, therefore it is a hot and dry region.

Some say September and October!

September and into October are good times to plan a bike tour in Portugal. The temperature is not so hot and it is warm enough to feel good outside. In Autumn you can cycle in Portugal taking in the gorgeous scenery with the yellow and brown fields along the way. 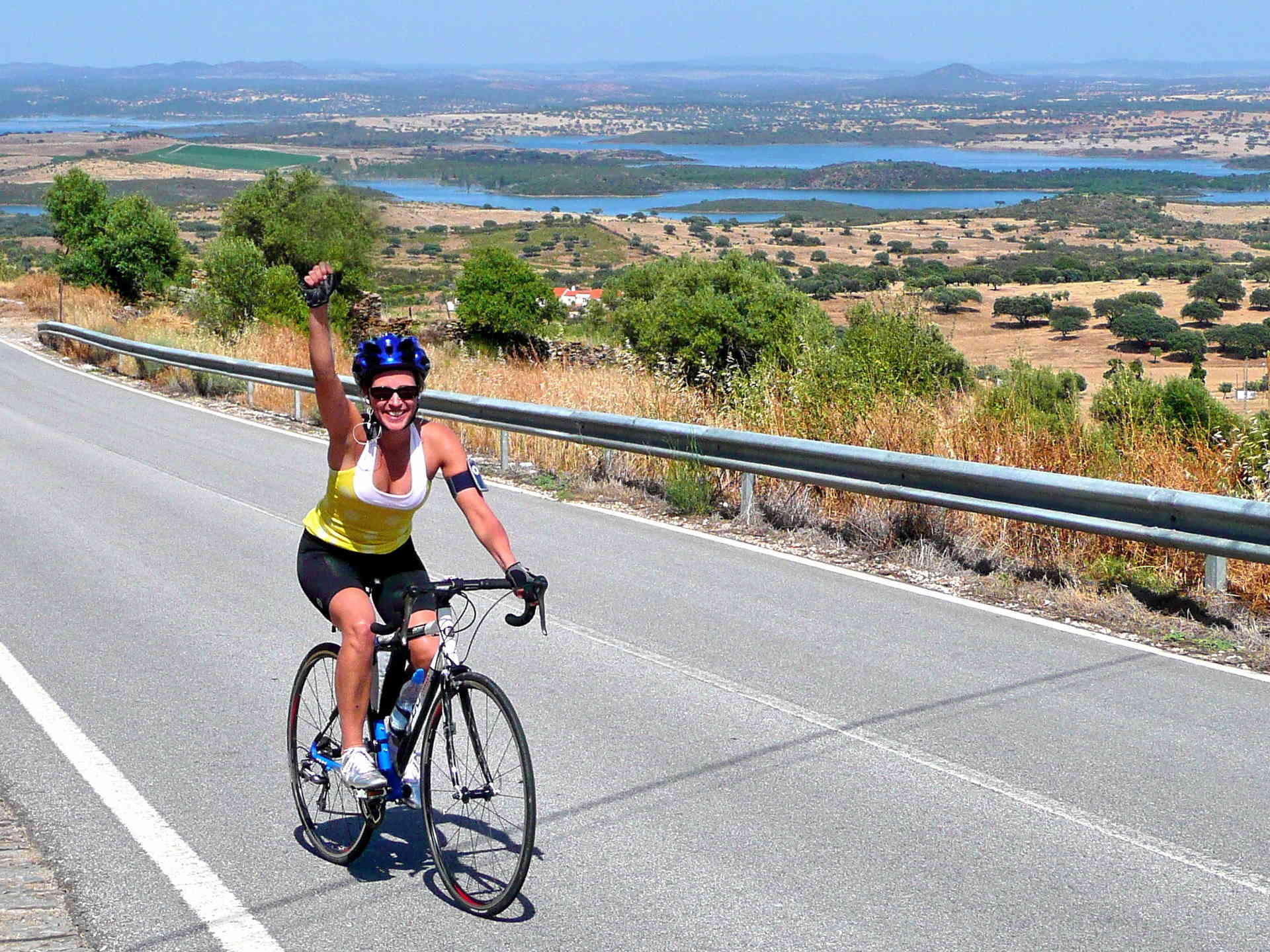 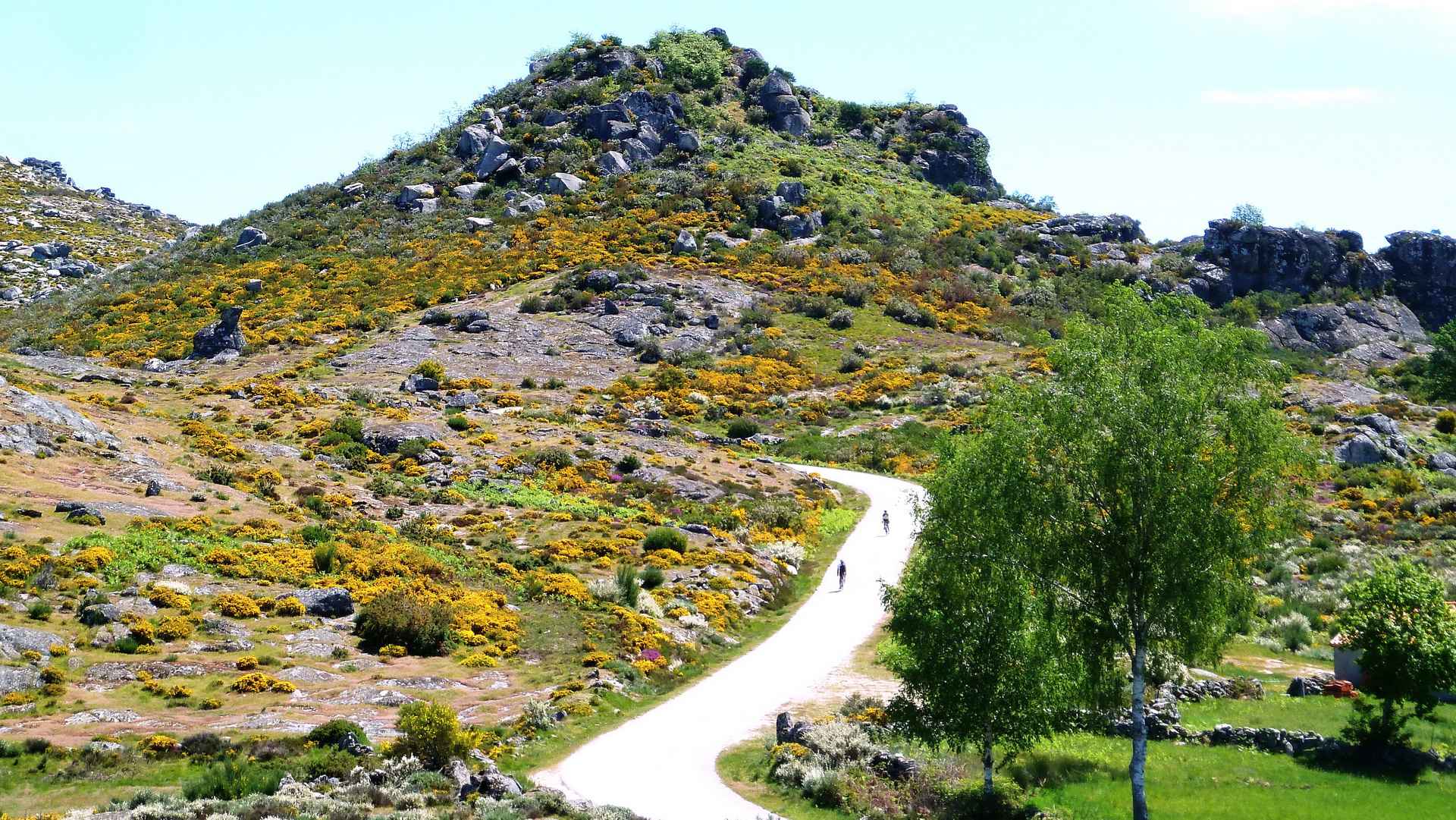 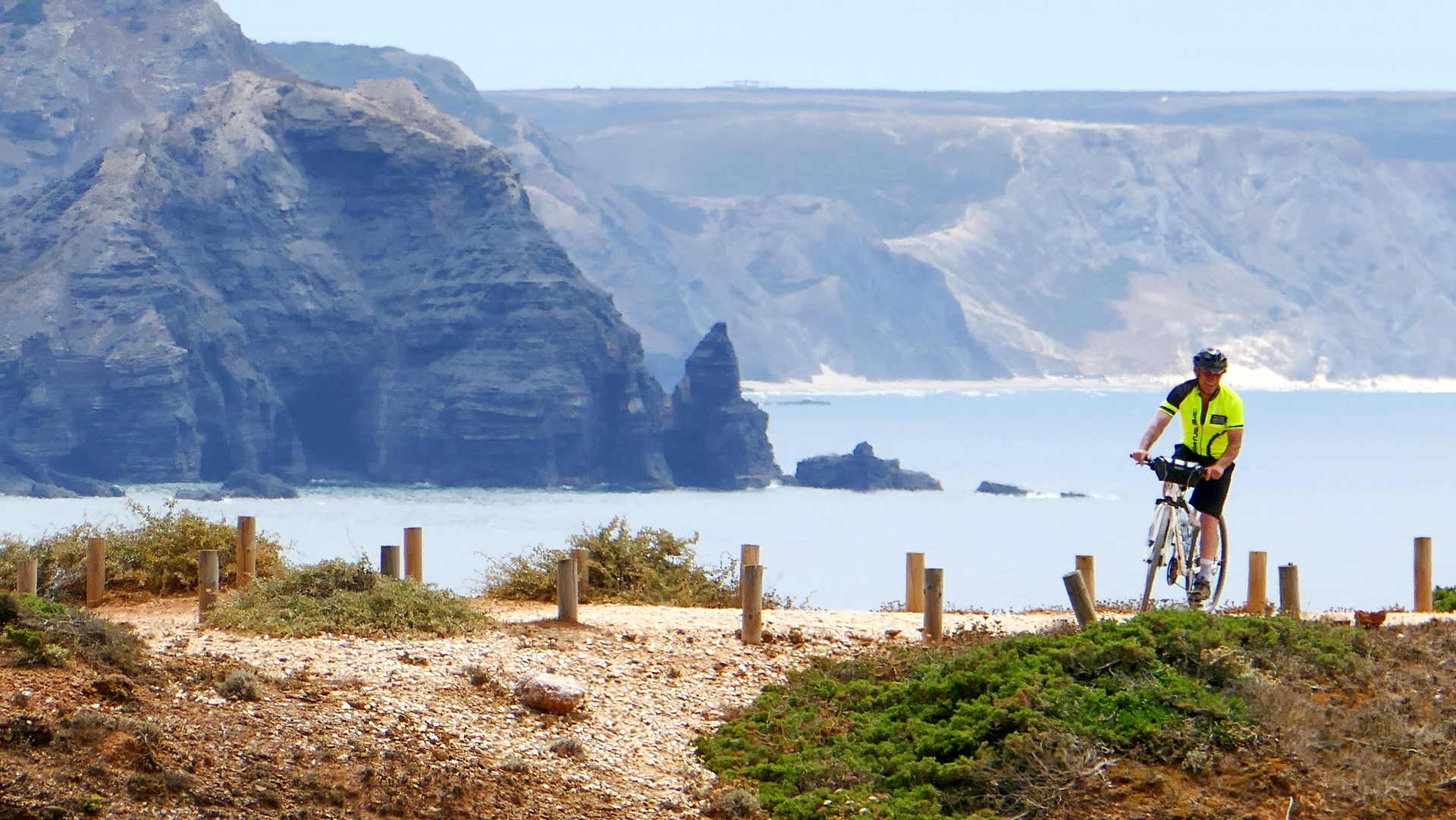 The beautiful cliff-lined coasts of the Algarve during the Costa Vicentina Tour. Photo Portugal Bike

I prefer the Spring time!

In my personal opinion, the best time to go cycling in Portugal it’s Spring time! Definitely! As of the second half of March until the first half of June the flowers are blooming and the fields are covered with wild flowers of different colors. 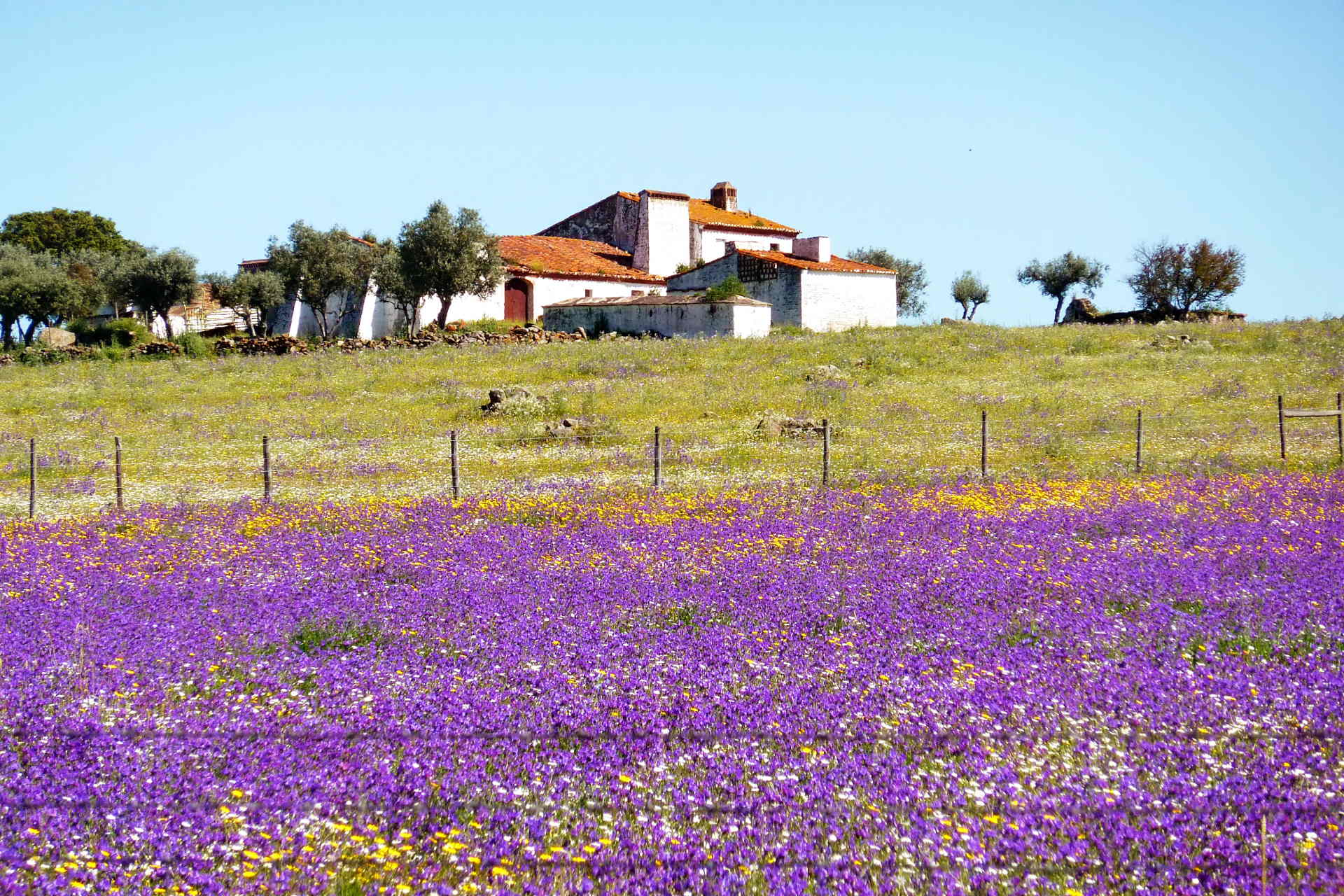 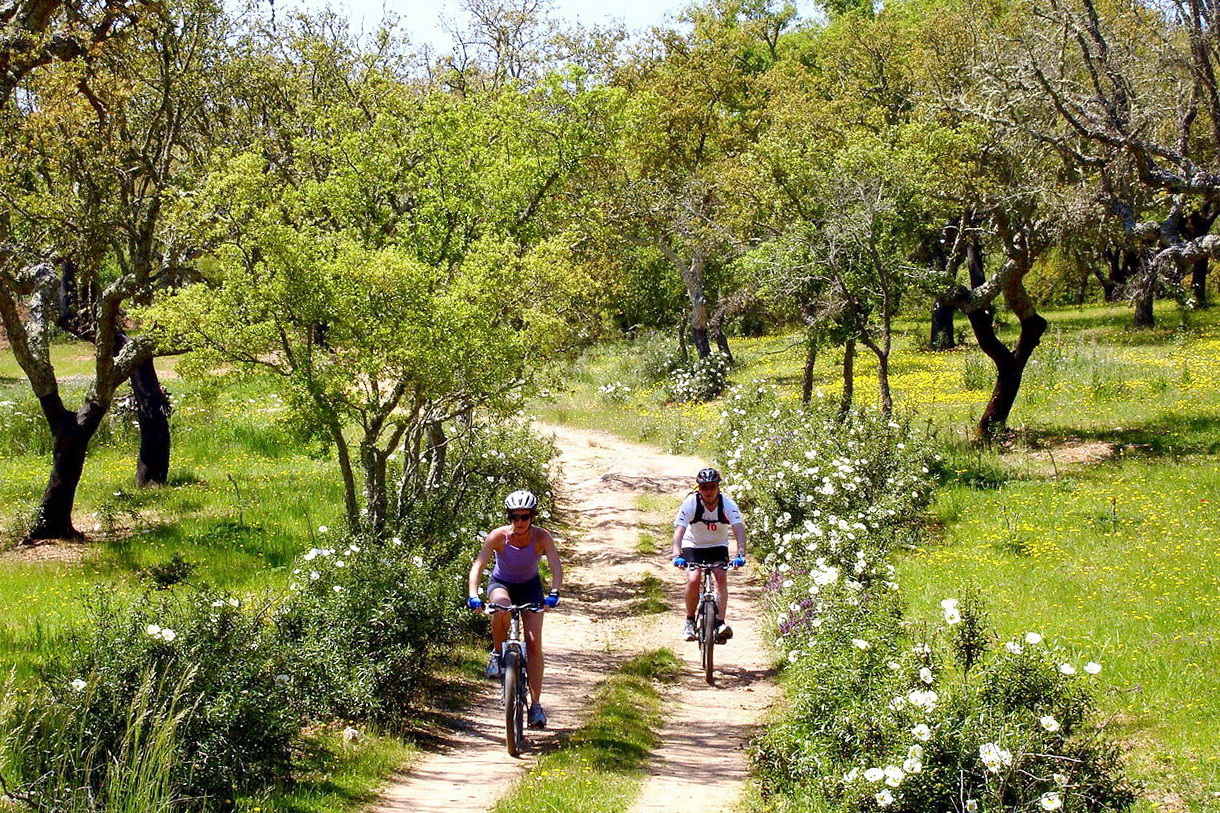 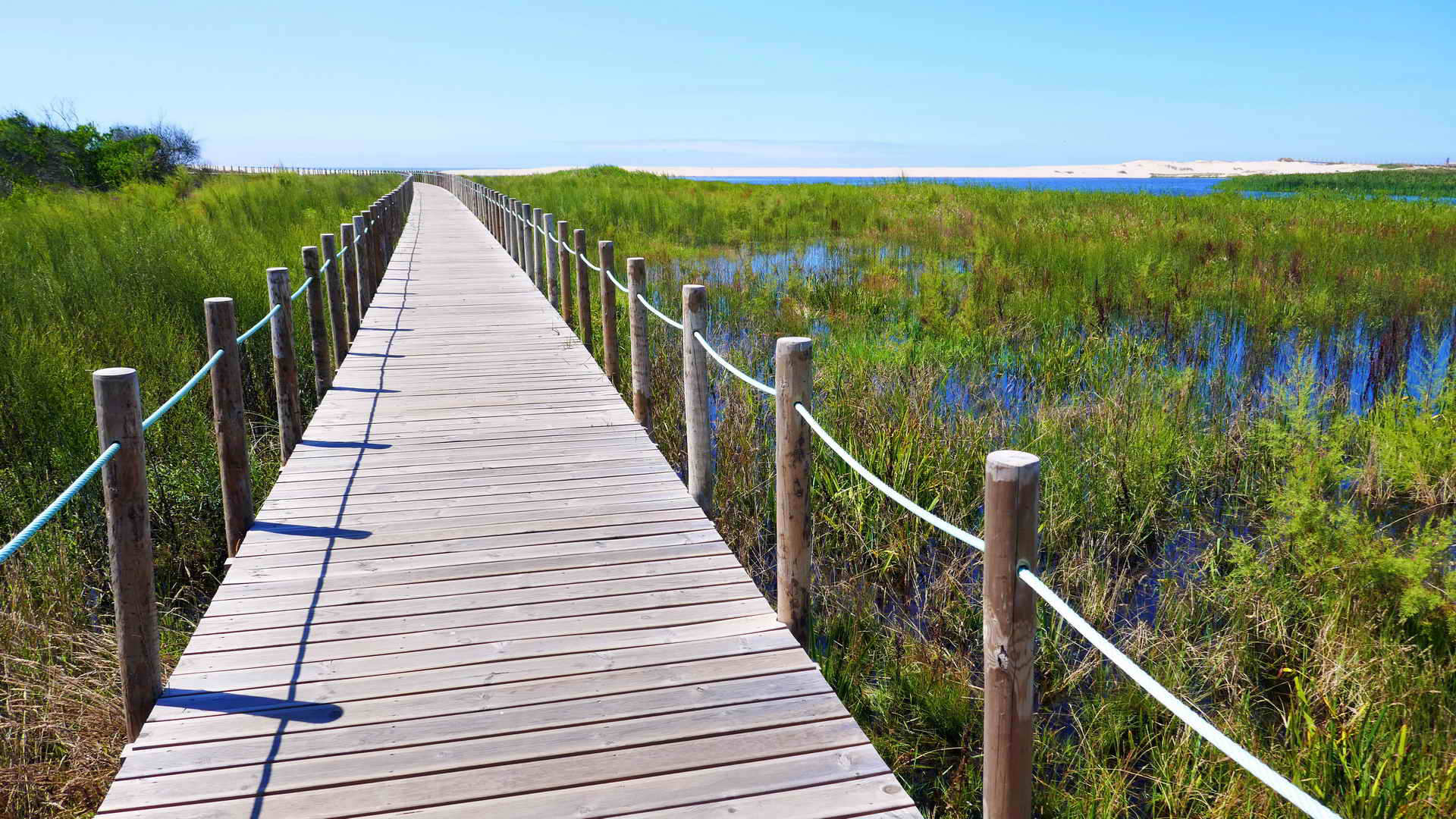 Cycling on the coast of Portugal, along bike paths running parallel to the Atlantic Coast. Photo Portugal Bike.

So, what is the best time to plan a bike tour in Portugal

From early March to late June, the energy in the air invites us to cycle and the sun feels nice and not too warm, temperatures during the day are around 18ºC and 26ºC (64ºF and 80ºF), depending on the region of Portugal and the month.

Also, from September until the first half of November it is a good time of the year to plan a bike tour in Portugal. The heat is not so intense as in the end of June until August (35ºC/95ºF), and the rain usually starts in the second half of November. And there is also beauty in the landscape in the Fall, although as I said I prefer the green and the flowers in the Spring.

December and January are usually colder months, the temperature during the day is usually around 10ºC (50ºF). But when you cycle you generate heat, so we can say that Portugal is an excellent place to ride a bicycle almost all year round.

The southern regions of Portugal, Alentejo and Algarve, are warmer and drier than the northern areas, which are a bit more cool and rainy.

The best advice as to the best time to go cycling in Portugal is to head south, to the Alentejo and Algarve regions during the winter, spring and autumn months. Porto and the North of Portugal are best cycled during the summer months.

We’ve divided up our catalog according to our recommendations for the best months to join each of our bike tours in Portugal. Please see all tours below.

Recommended Bike Tours in the Spring and in the Autumn

The Charming Pousadas in Alentejo

The Rota Vicentina and The Algarve

Recommended Bike Tours in the end of Spring, in the Summer and in the beginning of Autumn

The Beautiful North of Portugal

Cycling The Camino de Santiago (The Way of St James)

Recommended Bike Tours in the Winter

The Charming Pousadas in Alentejo