You will notice the differences along the Algarve region: the center is very developed for tourism and the west and the east still maintain many evidences of the old Portuguese ways and traditions.

Prices are based on a double bedroom occupancy (hotels may be different depending on availability) | Supported version: We require a minimum of 2 people to confirm a Supported departure | Groups: Discount for Groups of 4 or more people | E-Bike rental: + Euro 200 | Longer tour: You can join this tour with “The Beautiful Rota Vicentina” tour and have a gorgeous longer hybrid bike tour of 12 days / 11 nights / 9 days cycling / 1 day rest, along the Portuguese south coast. Ask us for prices and availability (minimum of 4 people) | On Supported tours we can offer you any date, depending on our availability. If the tour starts and ends in different months/fortnight the price will be adjusted accordingly, depending on how many days in each month/fortnight. The price of festivity dates will be adjusted accordingly. 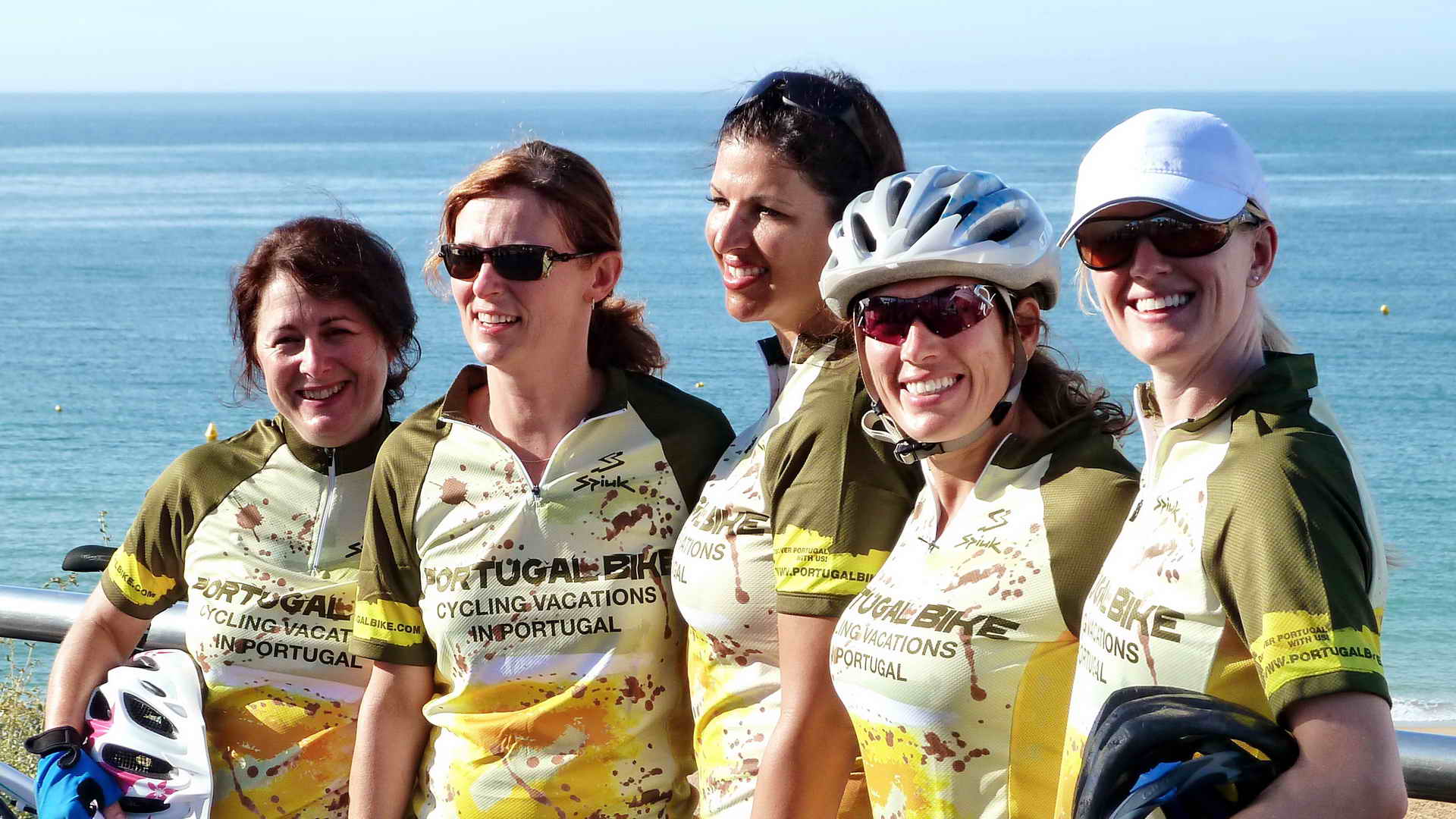 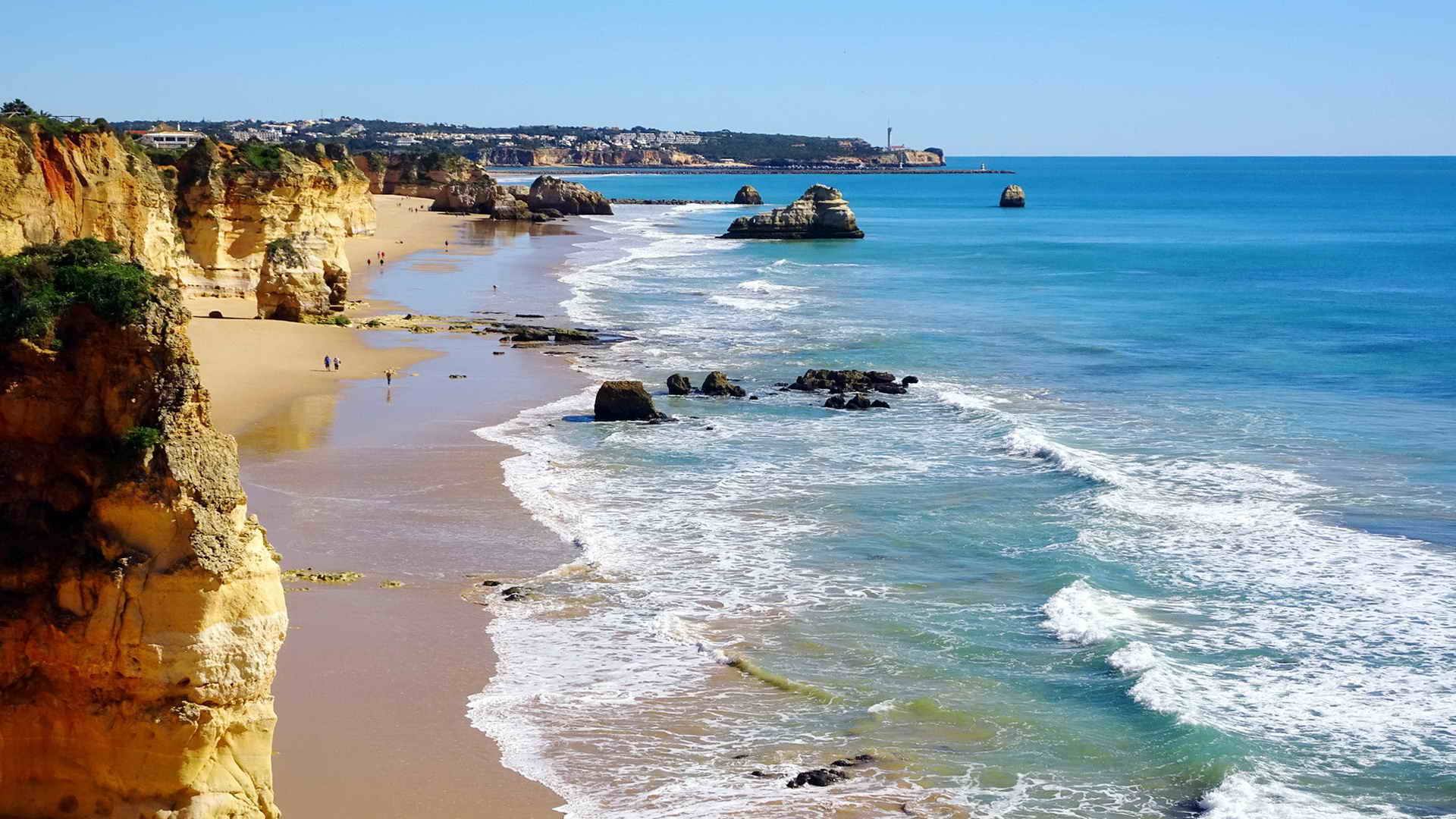 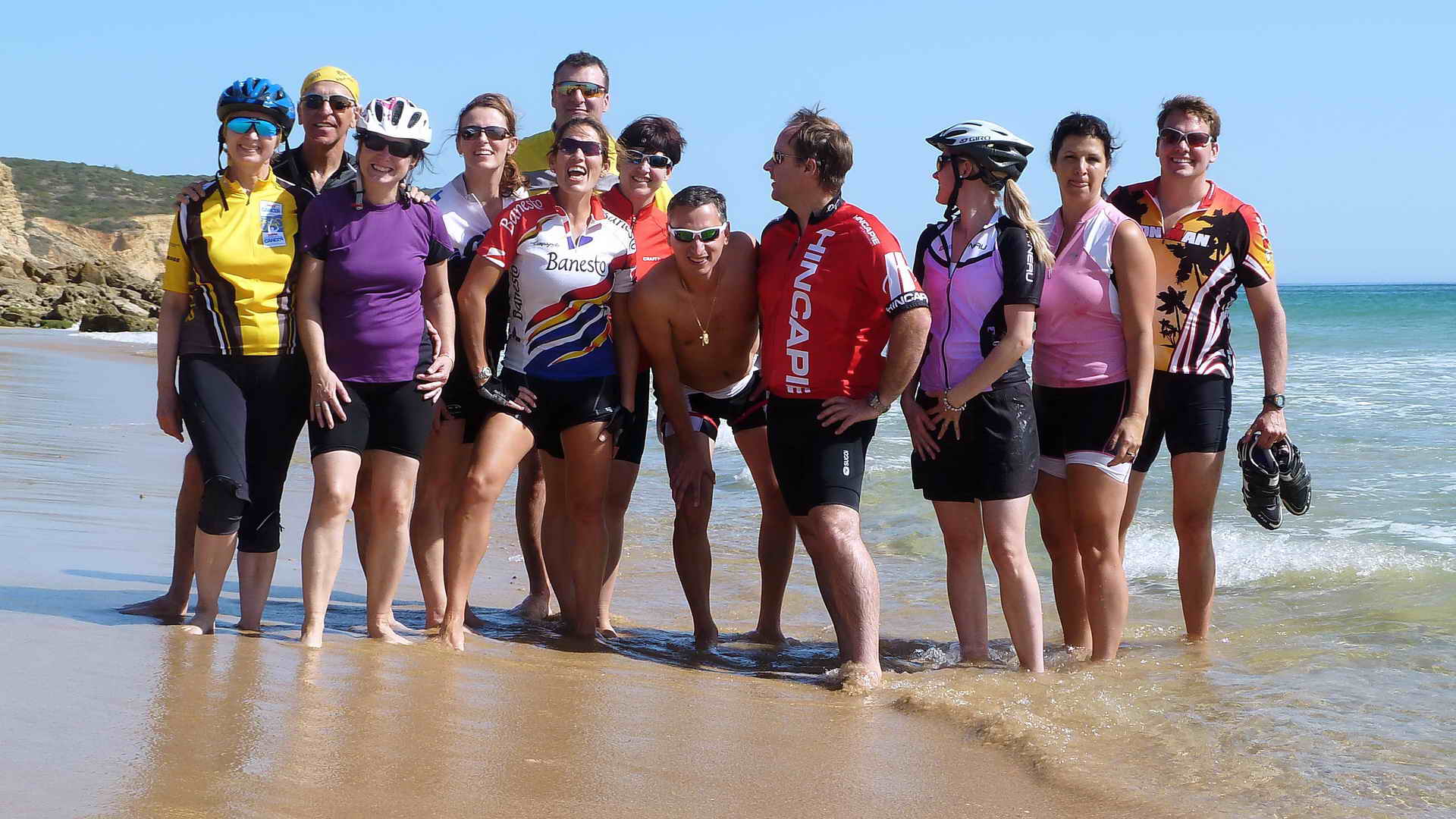 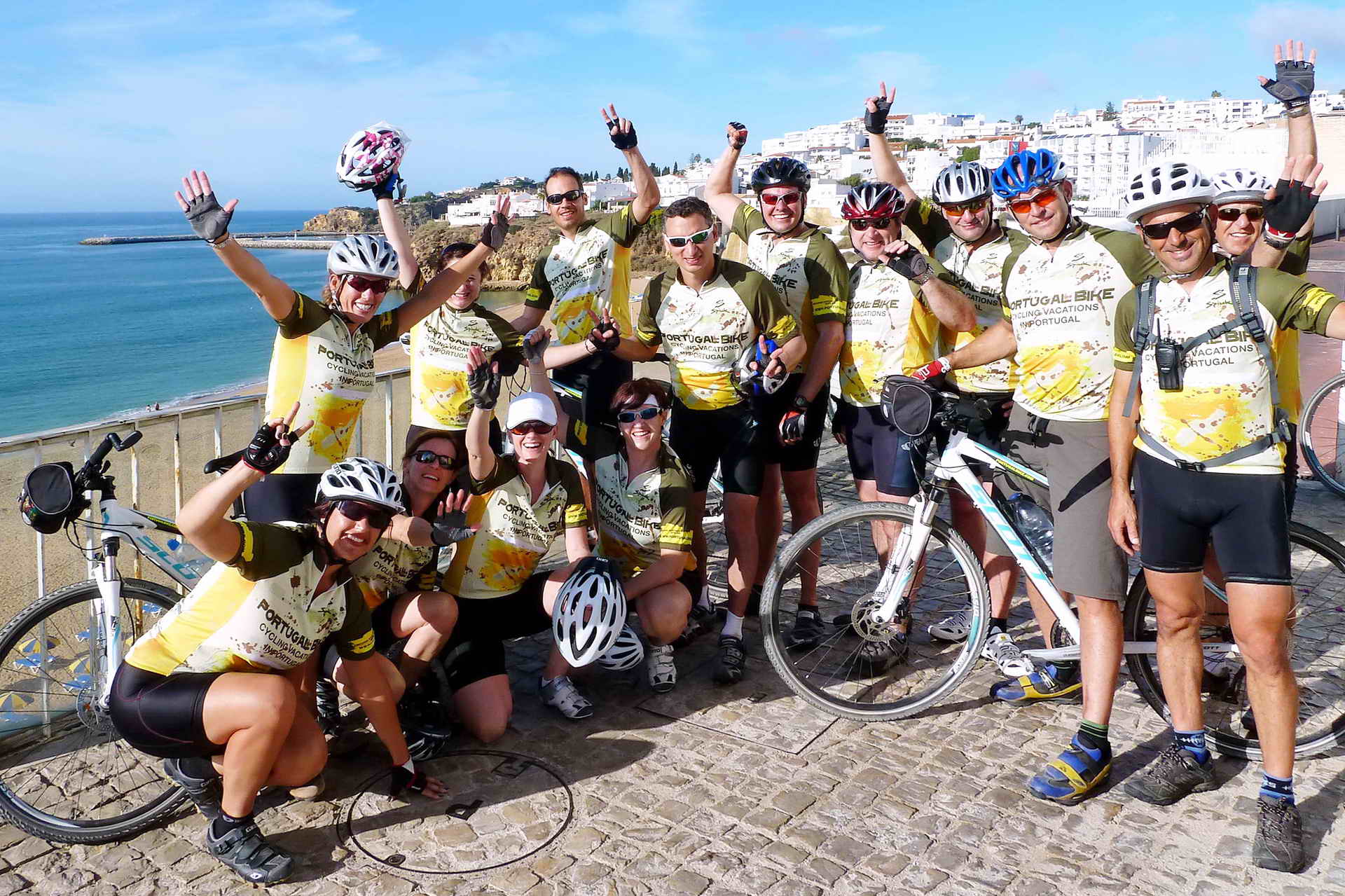 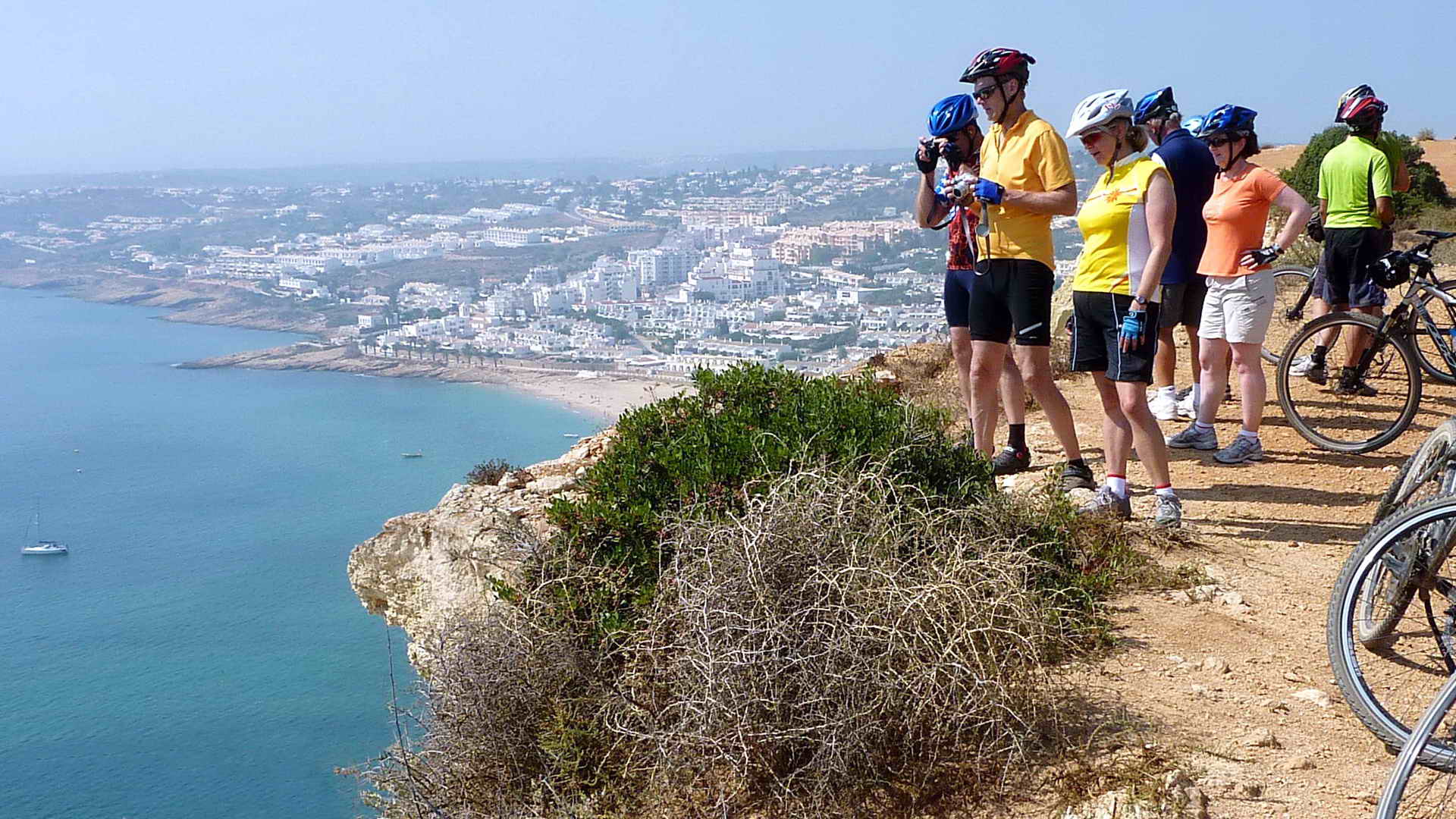 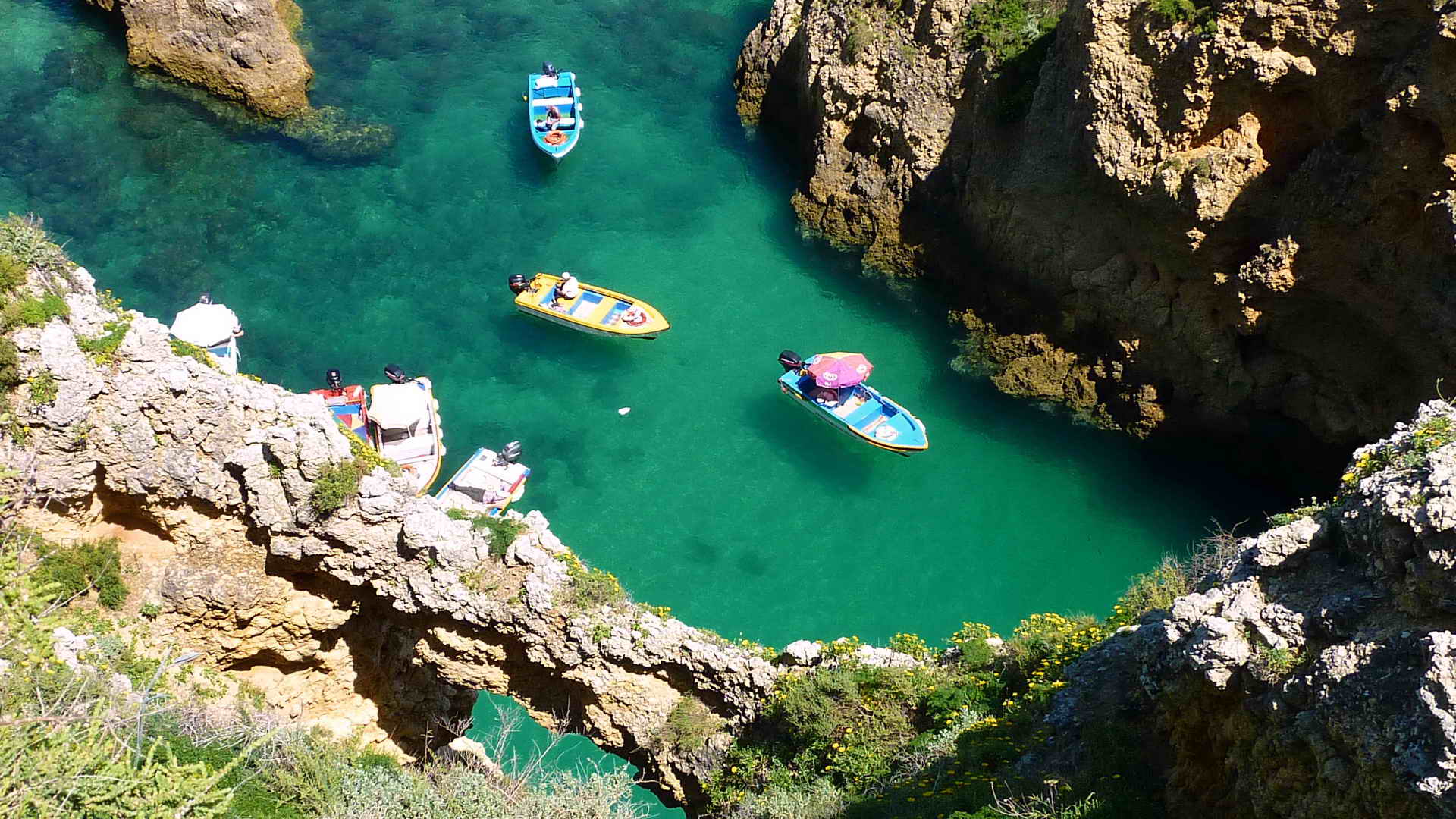 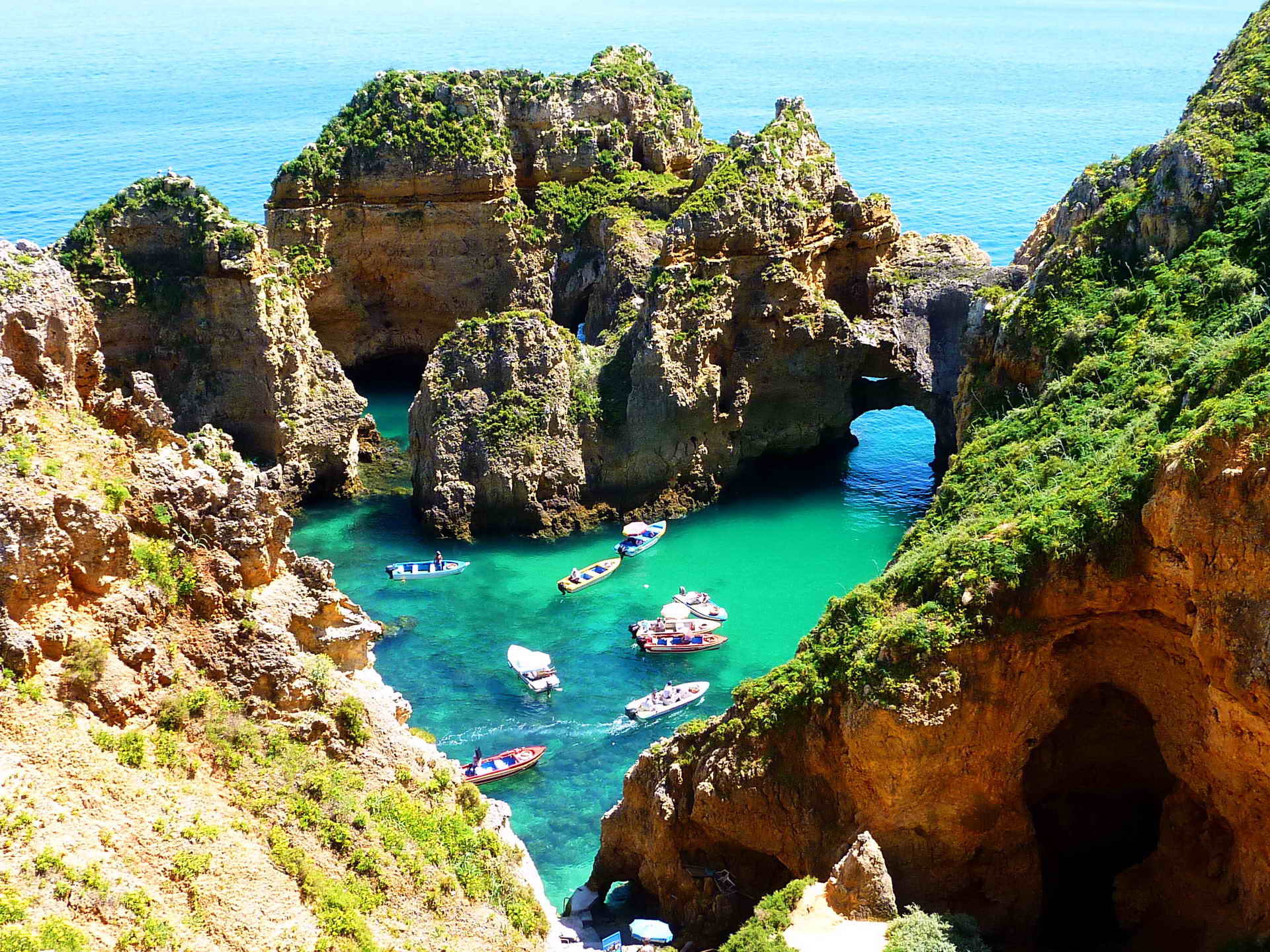 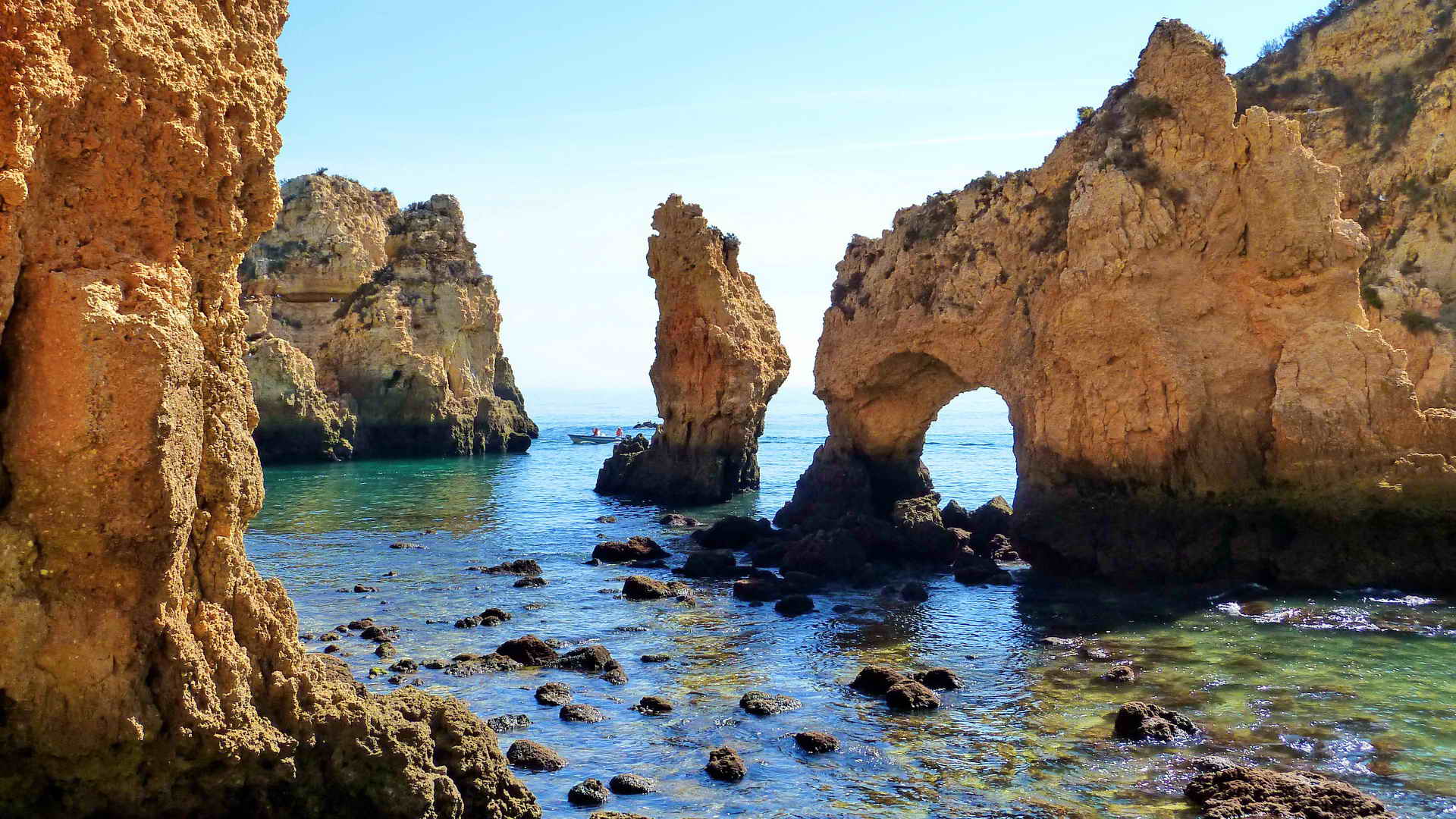 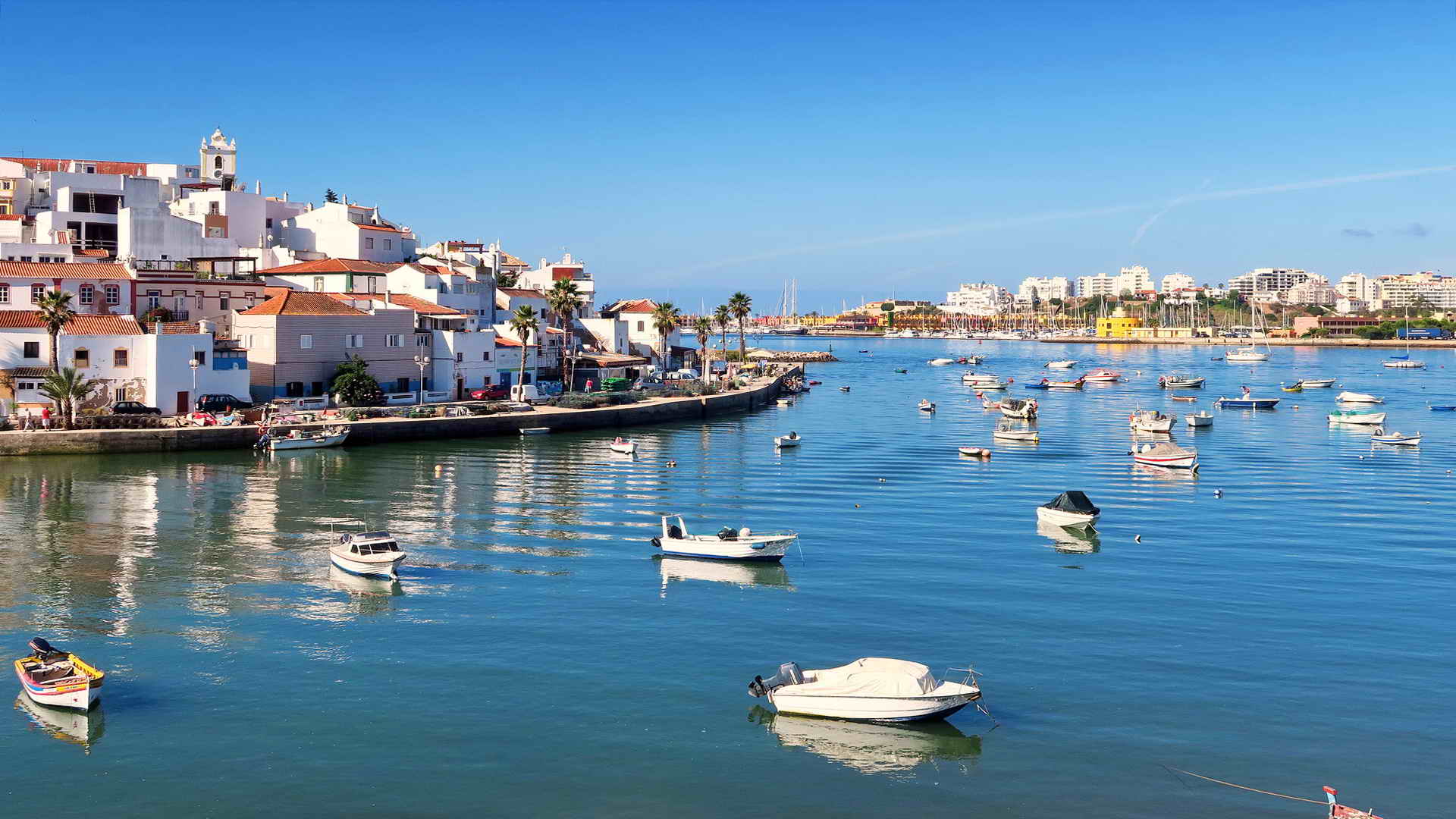 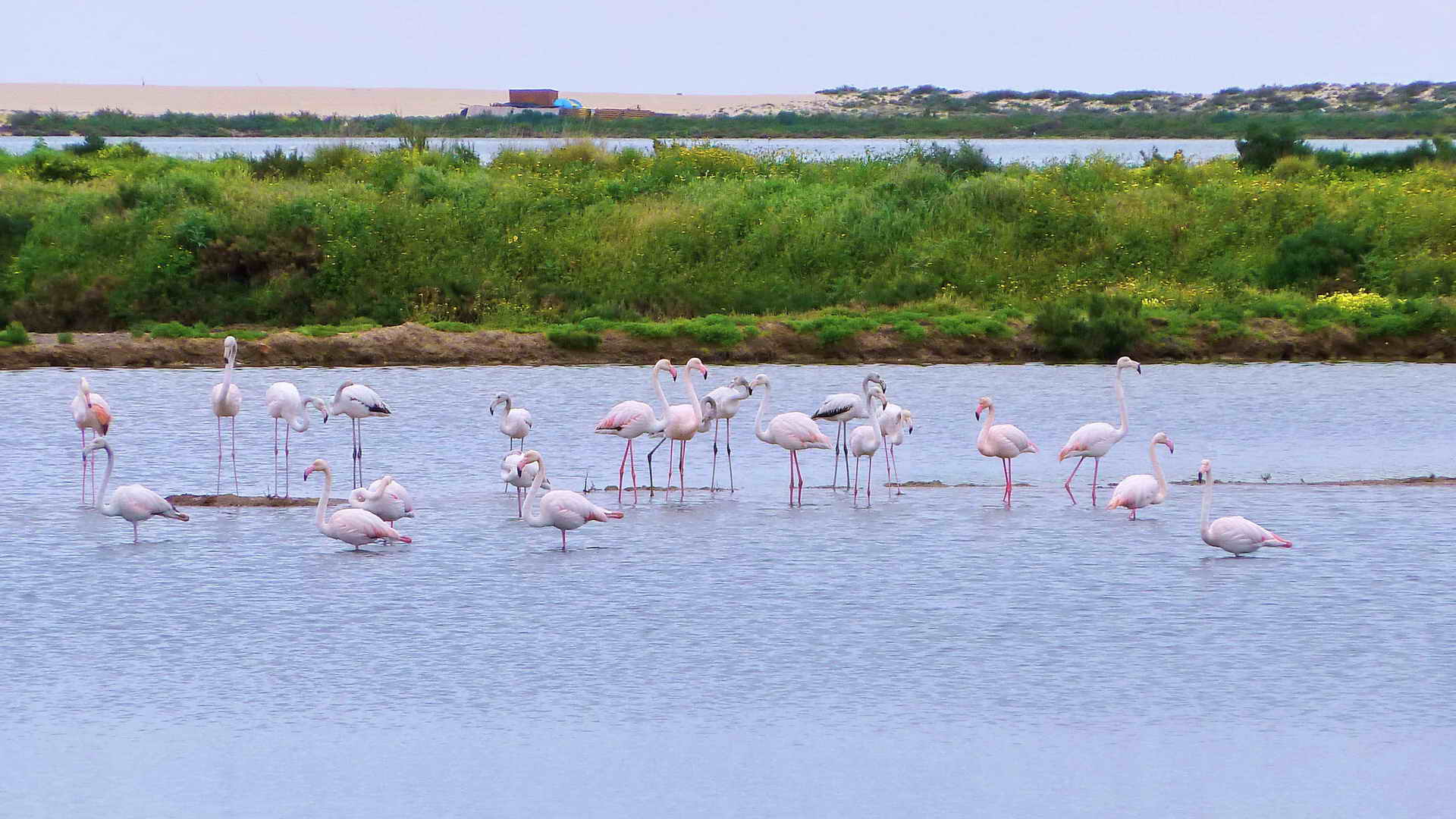 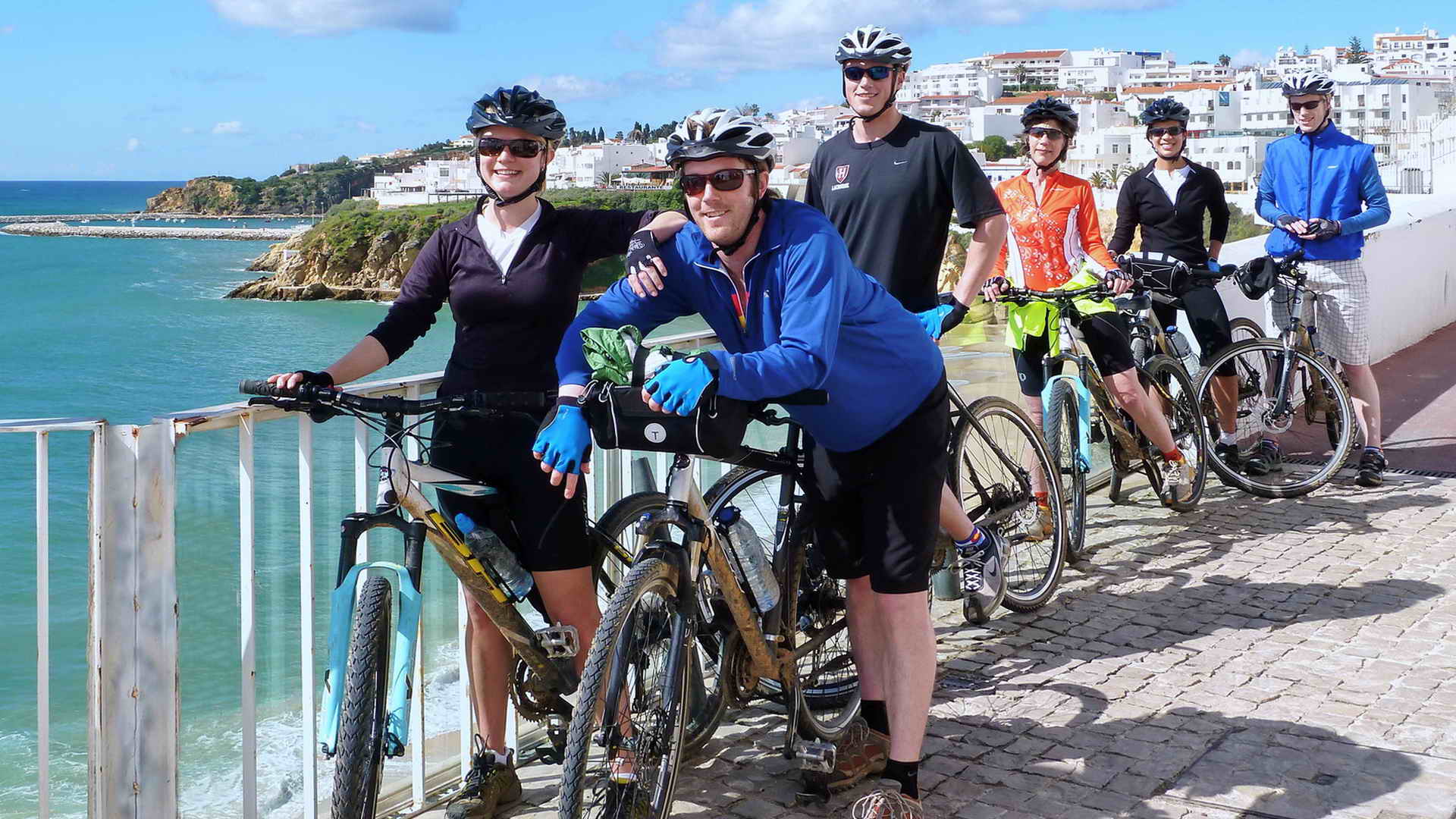 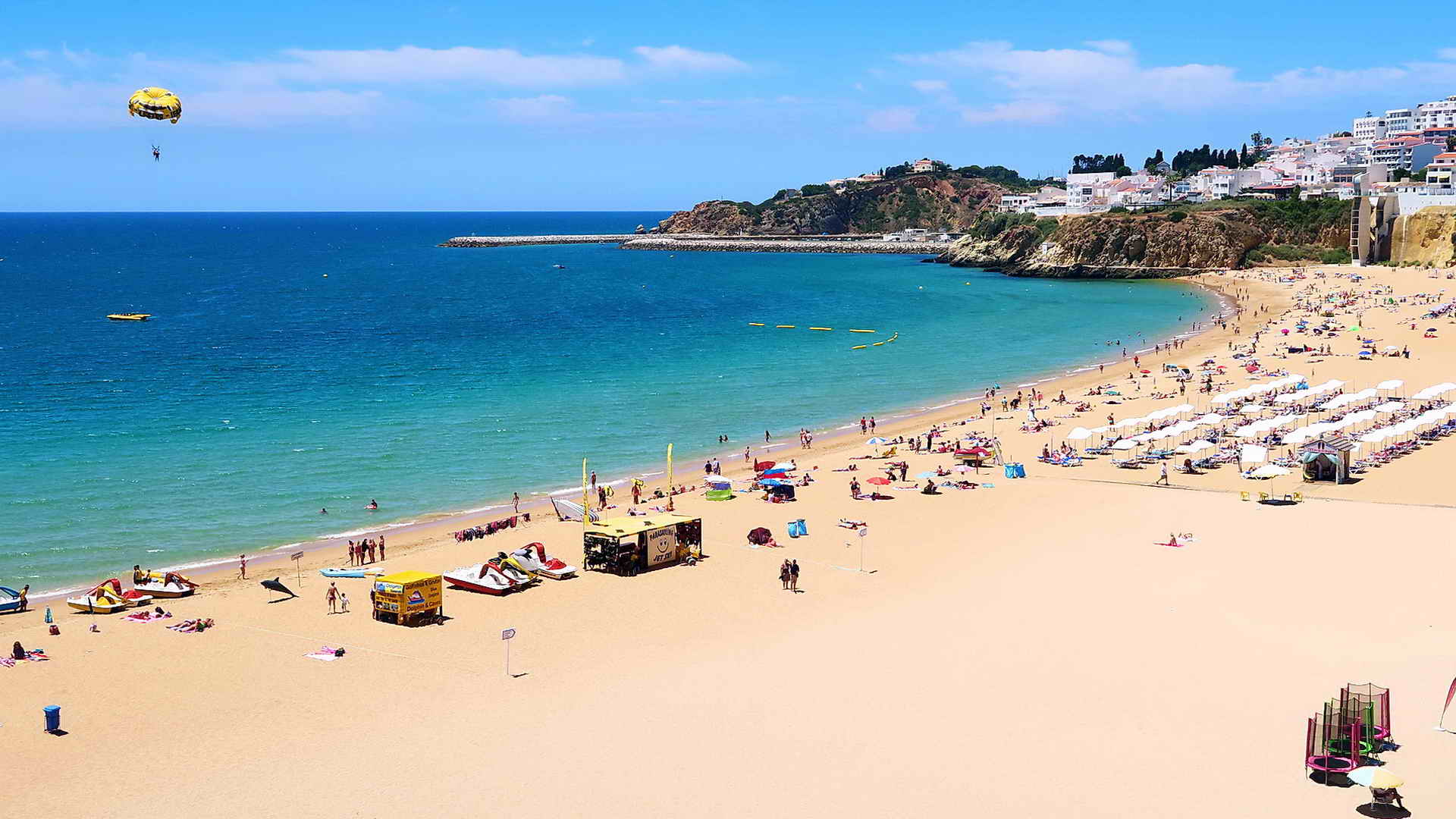 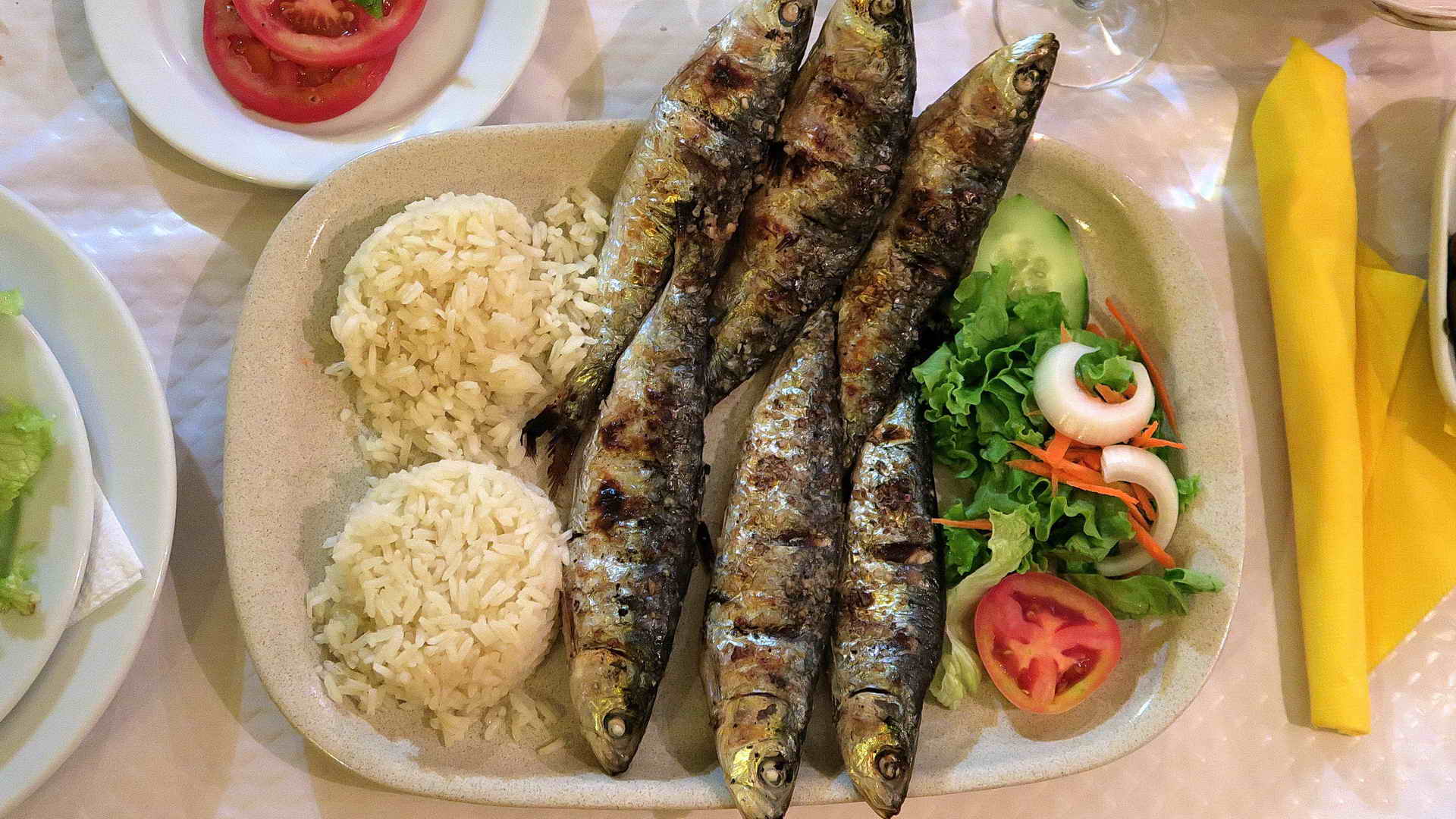 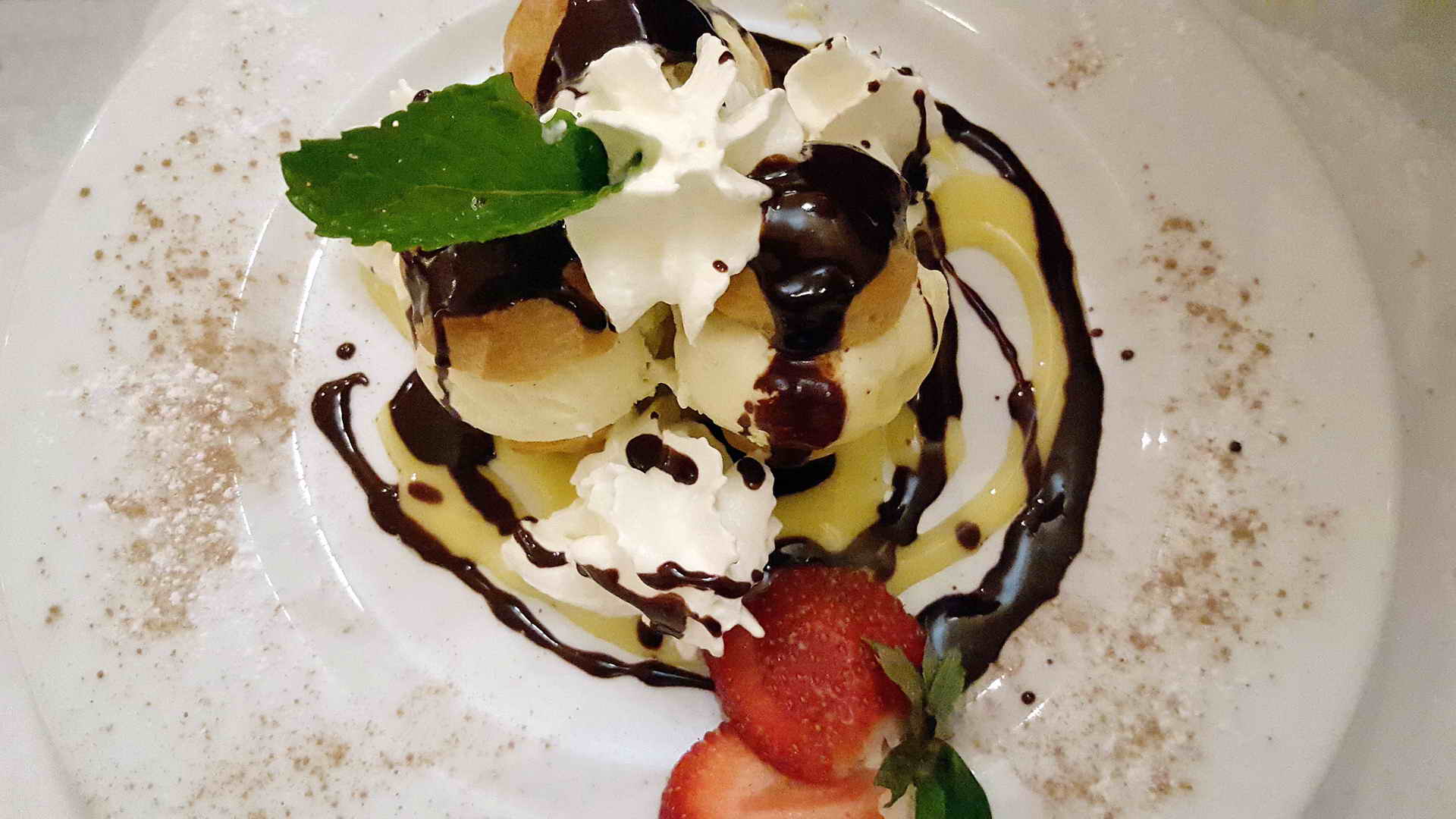 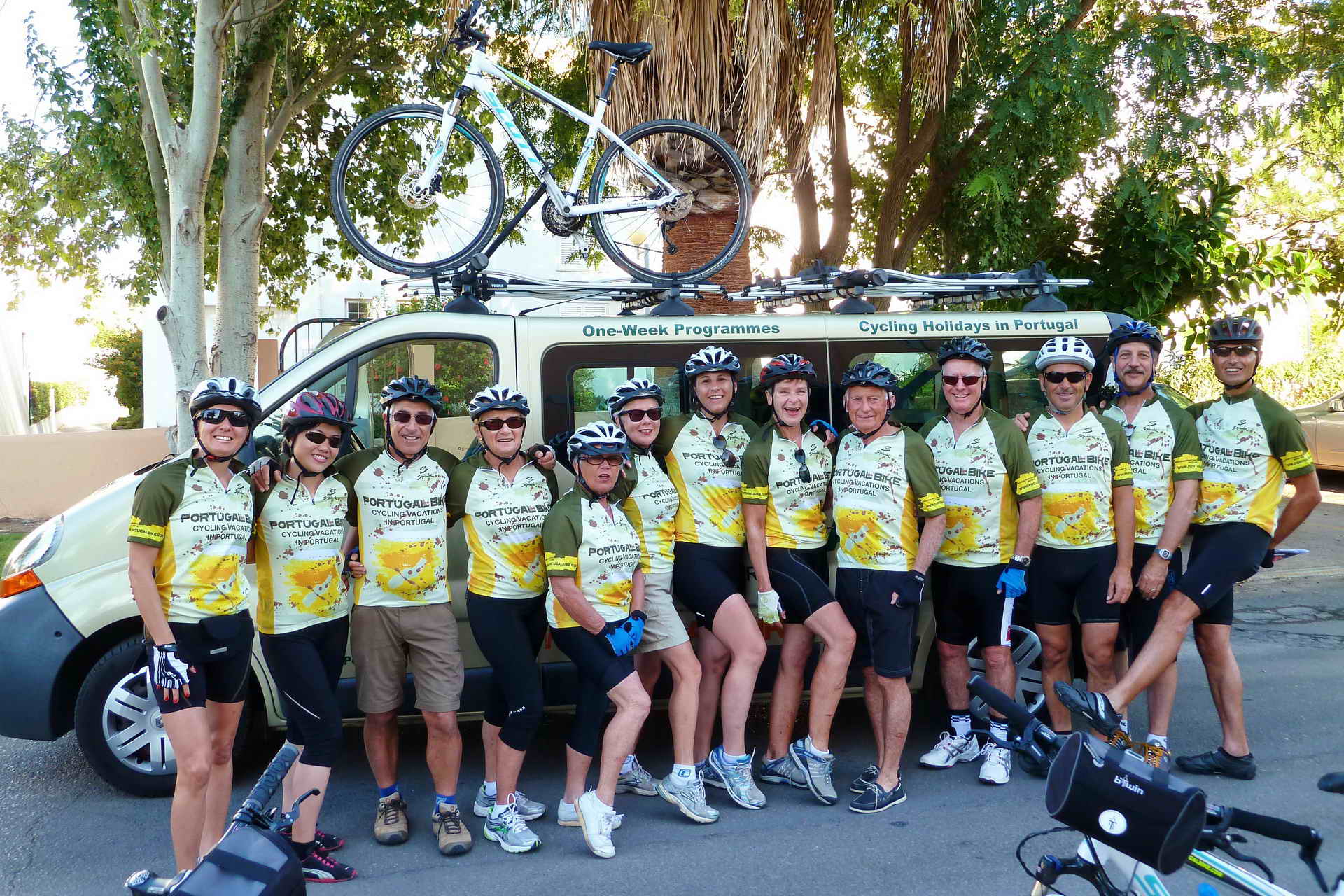 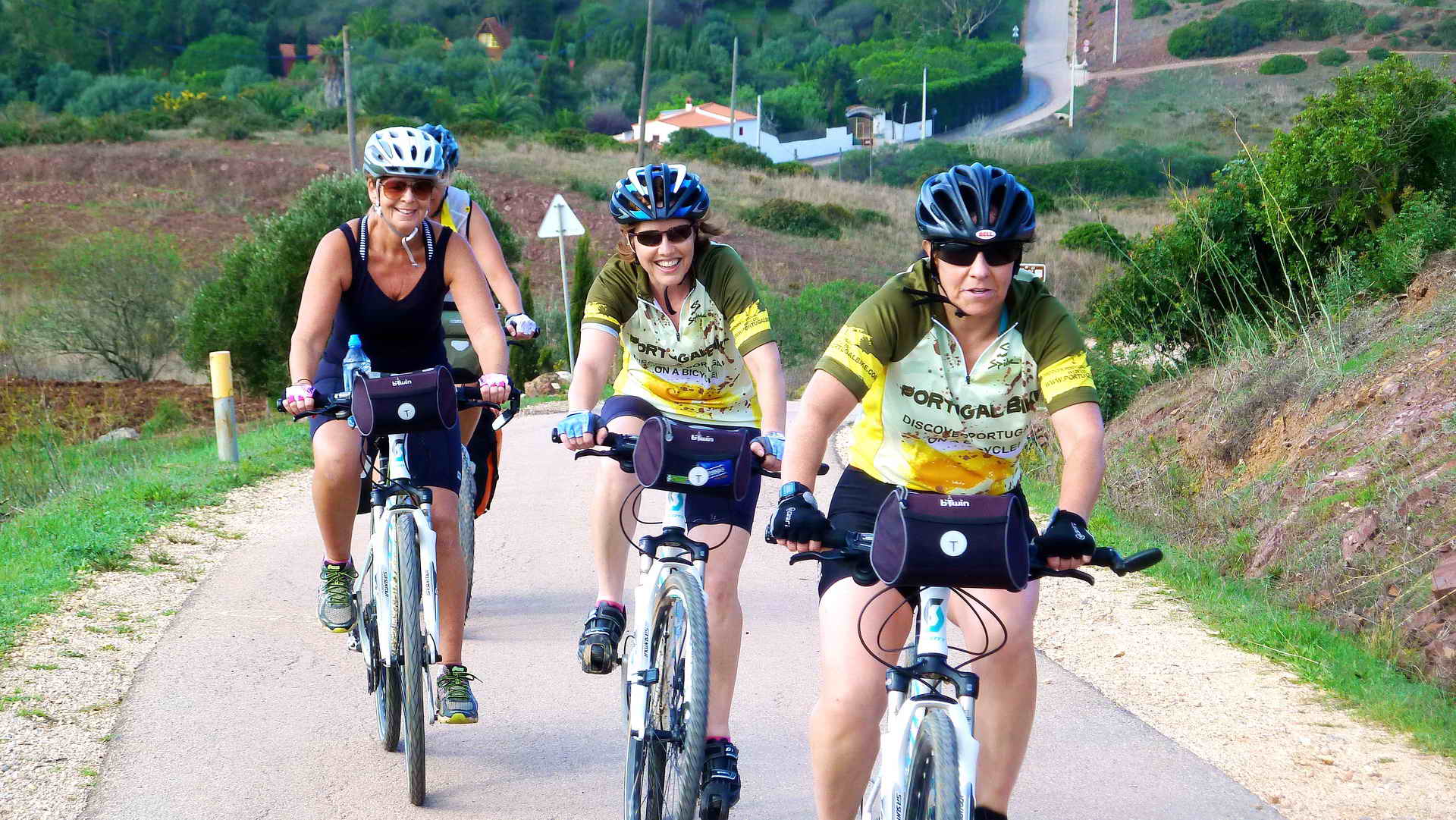 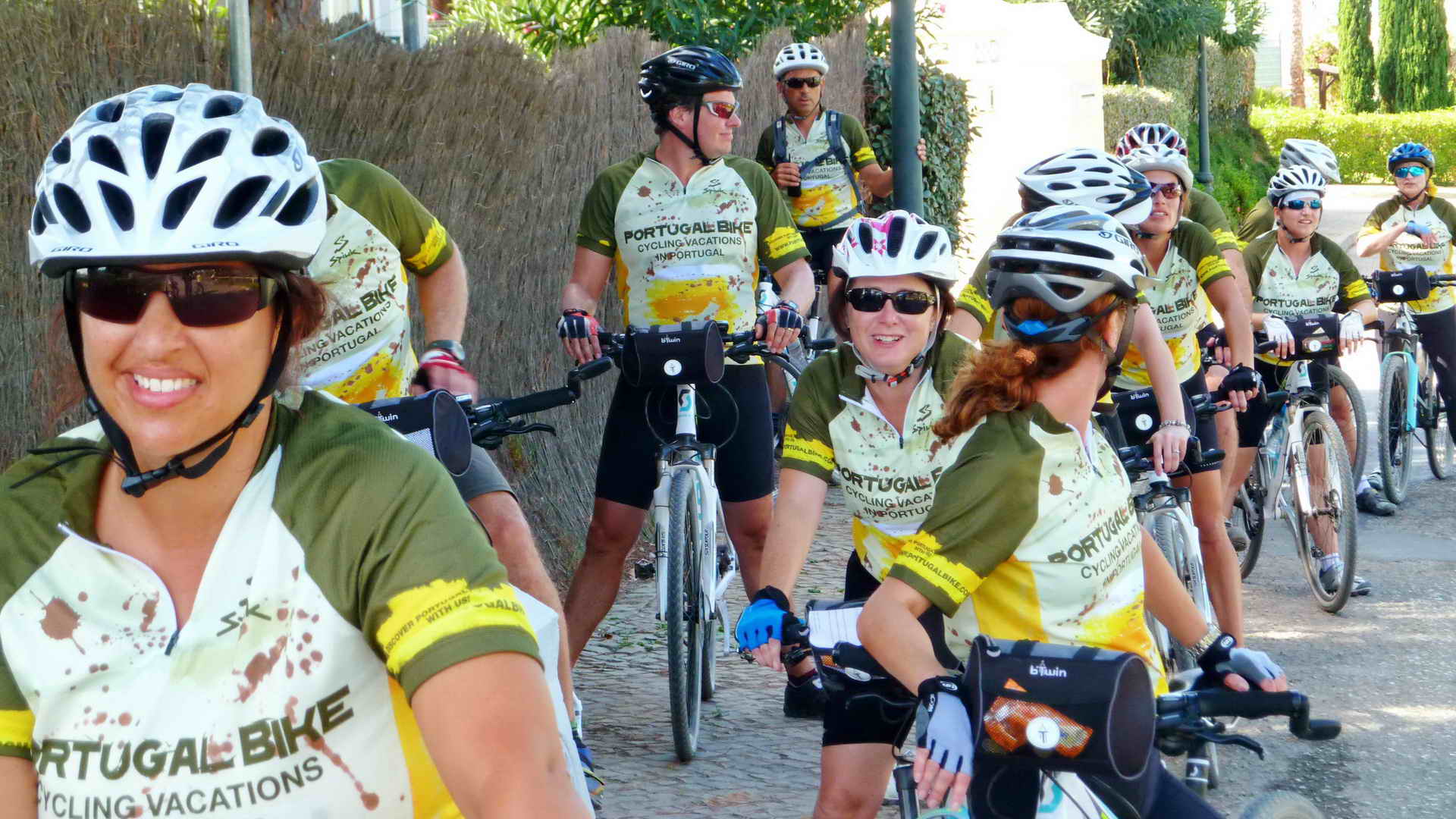 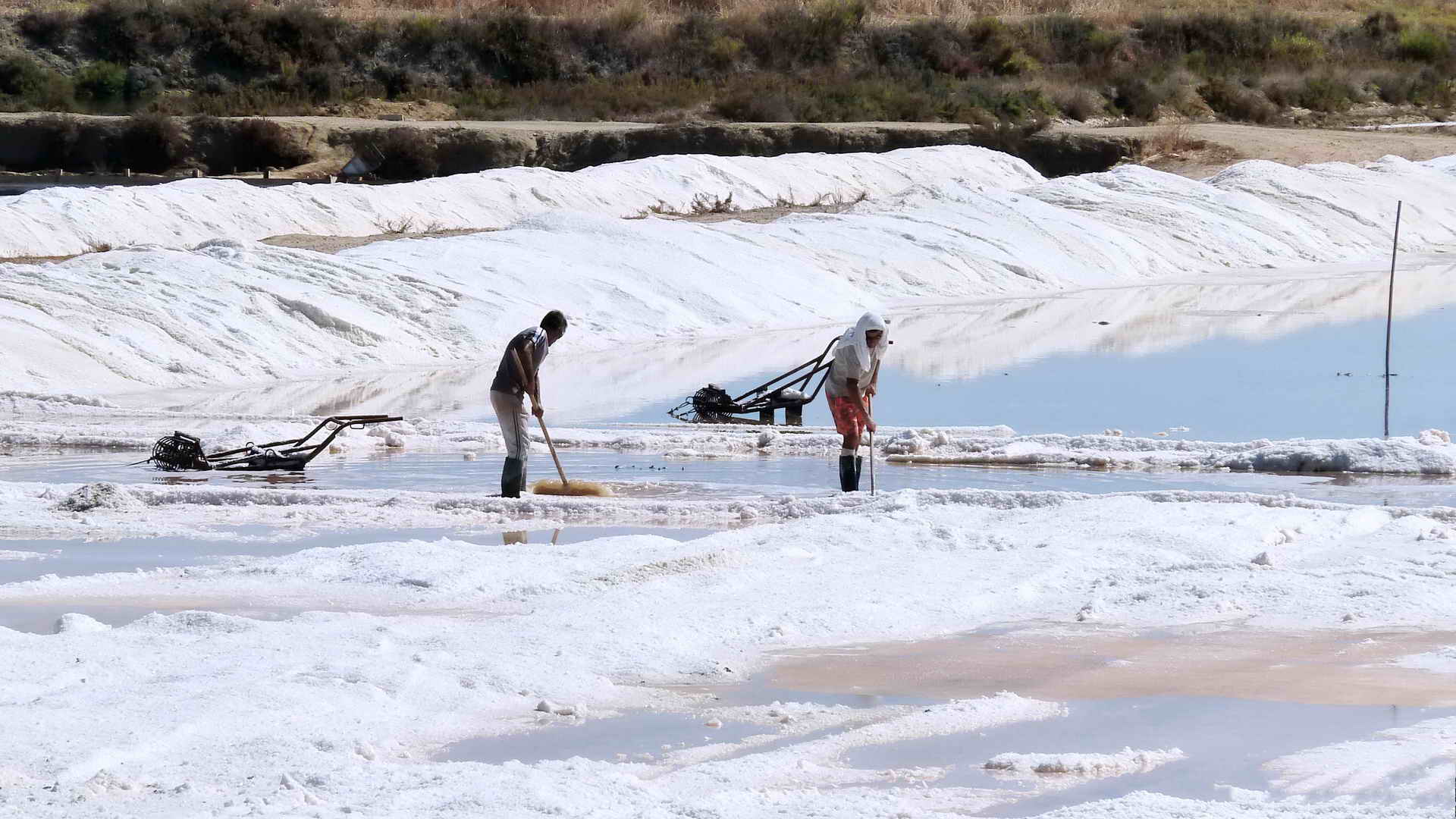 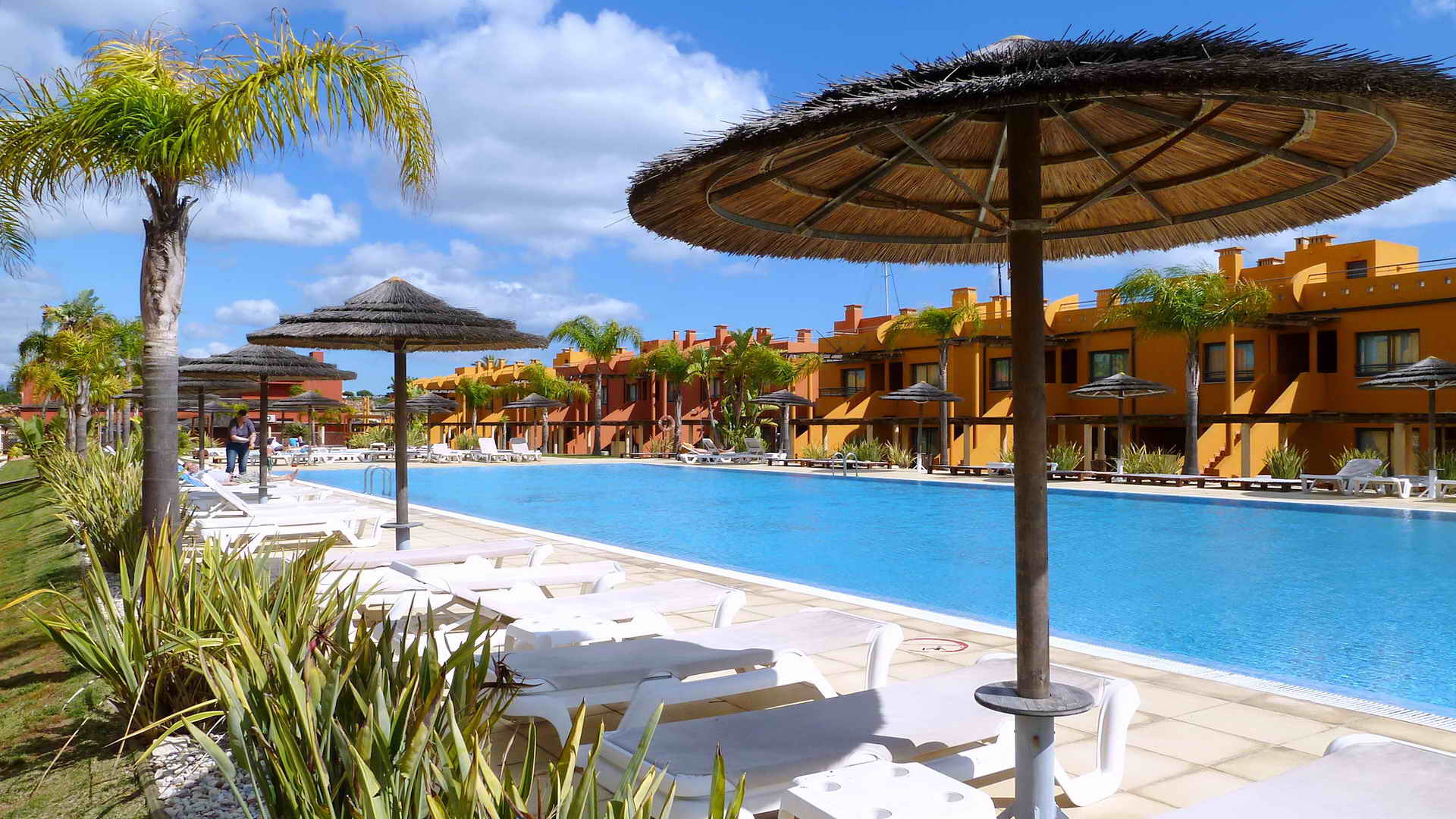 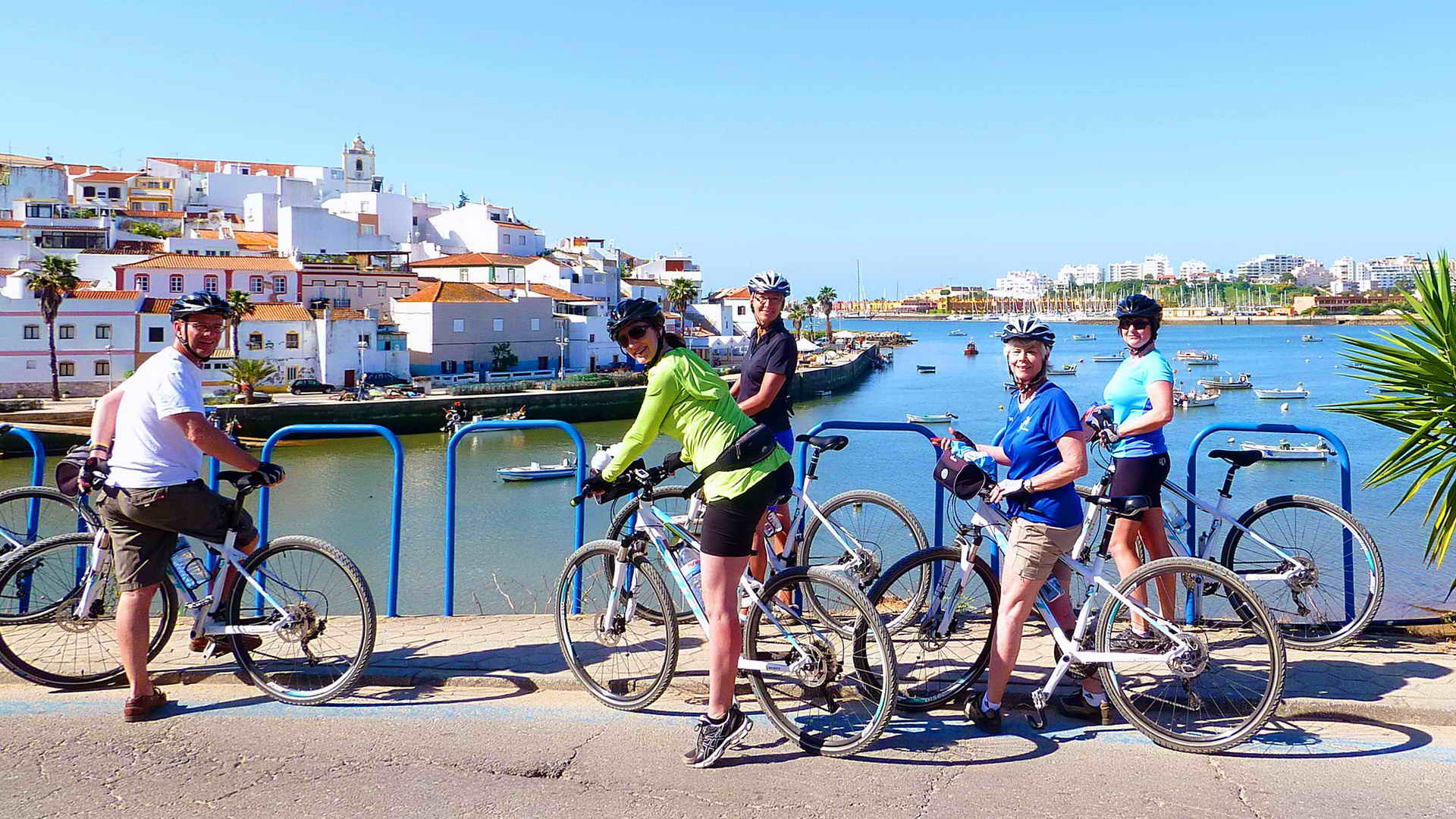 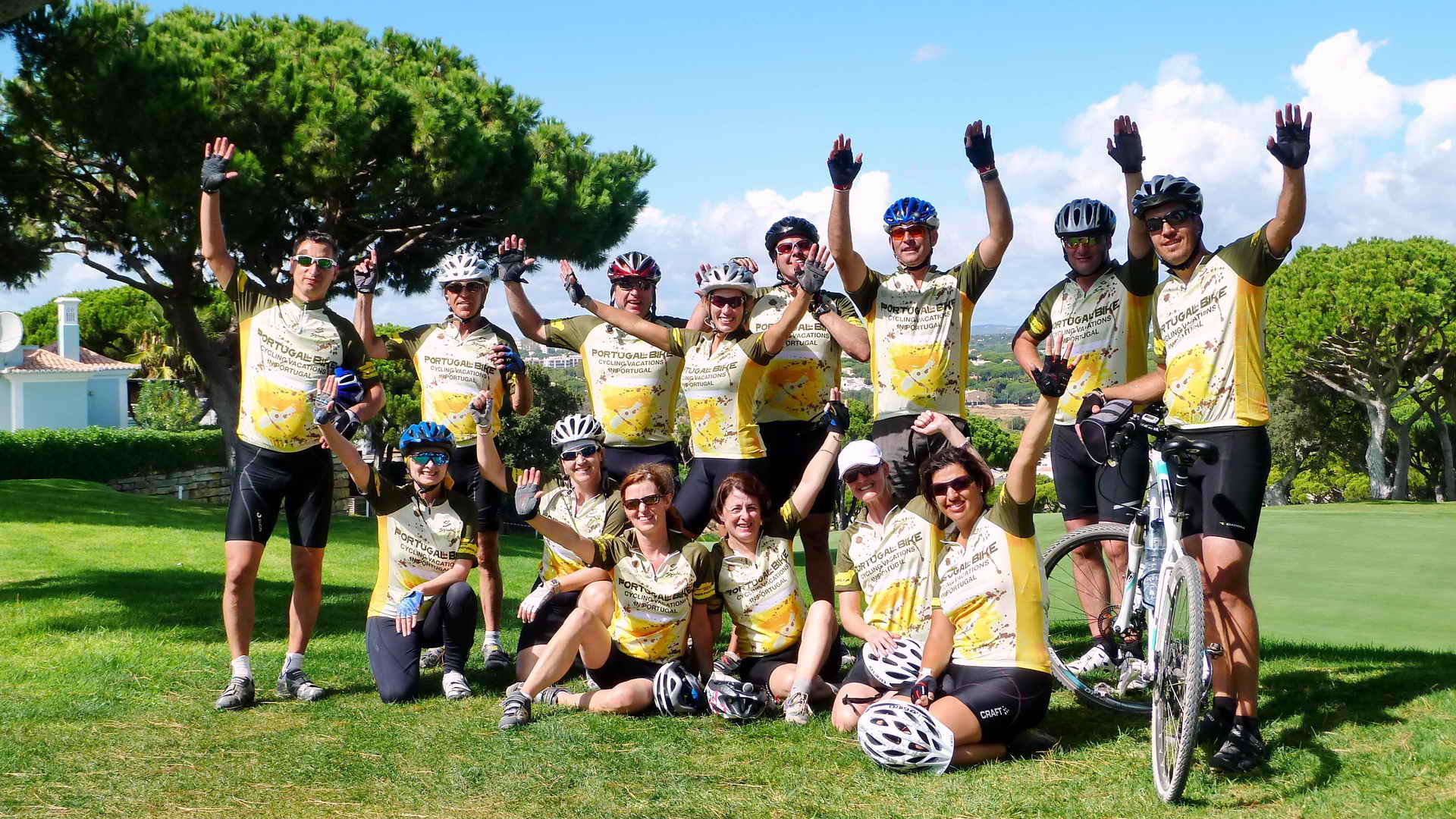 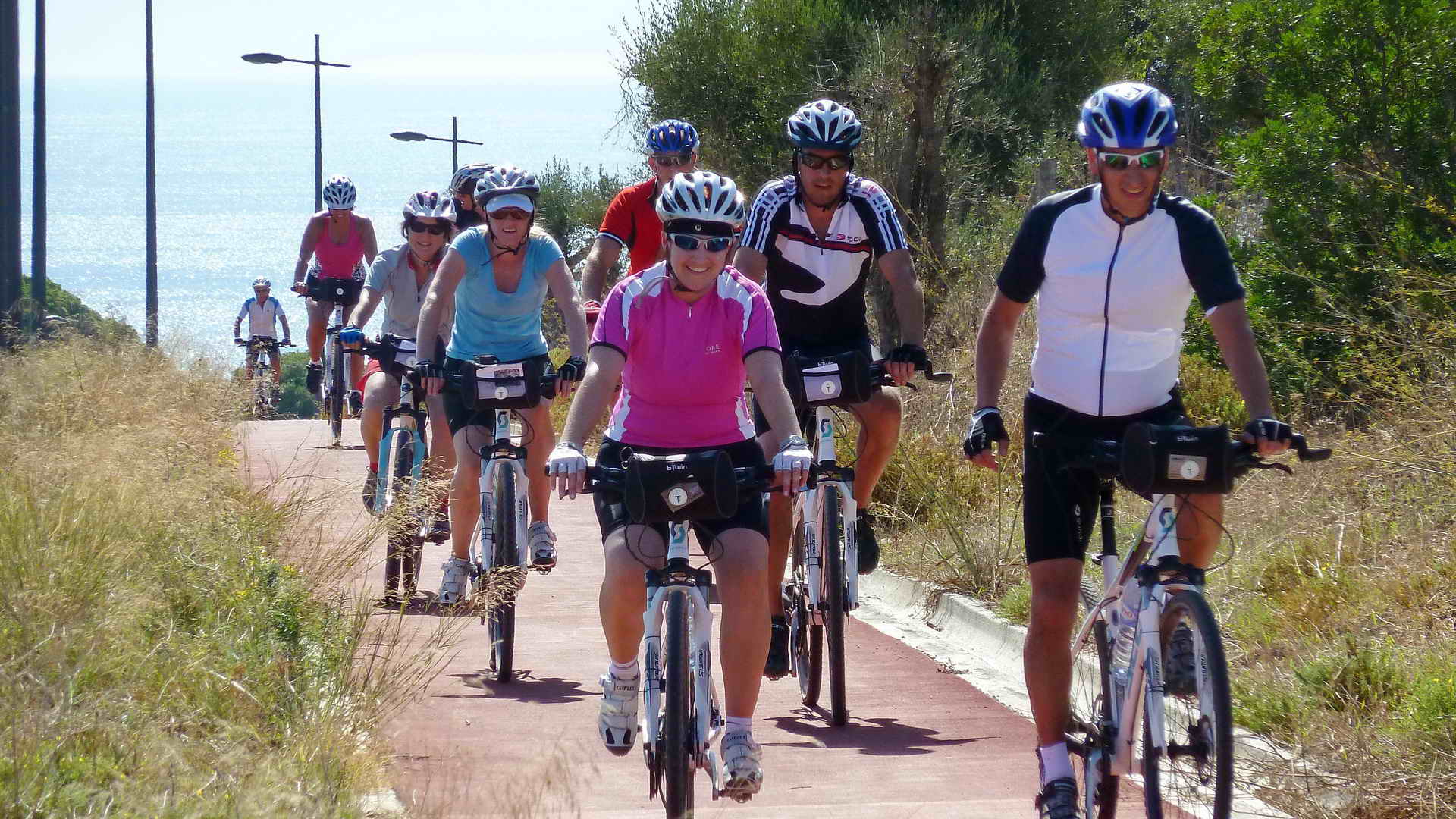 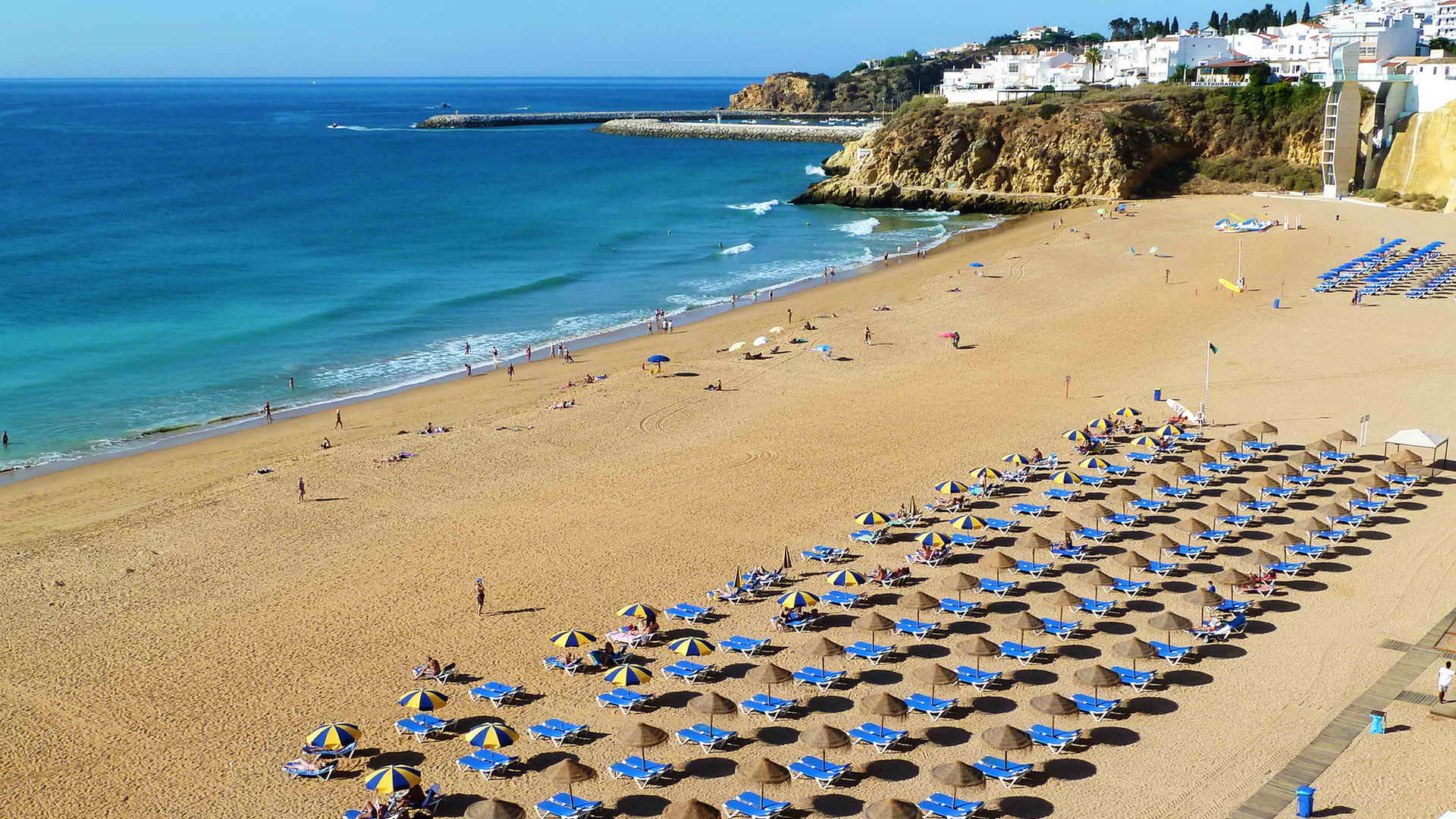 47km (29mi), 550m total climbing (1800ft), level 3 (2.7).
After breakfast you ride into the SW Alentejo Nature Park, where you visit Cape S. Vicente, the south-westernmost point in Continental Europe, with its amazing views of the cliffs. Lodging in a 4* hotel with swimming-pool. Lodging in Belavista da Luz Hotel.

38km (24mi), 450m ttoal climbing (1480ft), level 2 (2.2).
After breakfast you pass Ferragudo, a picturesque fisherman’s village and you continue along beautiful sceneries where you can see flamingos. Lodging in a 4* hotel in the town. Lodging in Vila Galé Cerro Alagoa Hotel.

45km (28mi), 470m total climbing (1540ft), level 2 (2.4).
After breakfast you ride into the Algarve area which is the most developed area in terms of tourism with vast golf courses: Albufeira, Vilamoura, Quinta do Lago. The day ends in Faro, the capital of the Algarve. Lodging in a 4* hotel located down town, near the historical and commercial center in Faro. Lodging in Hotel Faro & Beach Club.

42km (26mi), 330m total climbing (1080ft), level 2 (2.0).
After breakfast you ride towards another natural paradise: Ria Formosa Natural Park where you can see flamingos and many other birds. You will stay in Tavira, the most typical city in the Algarve. Lodging in a 4* hotel very near to the center. Lodging in Hotel Vila Galé Tavira. 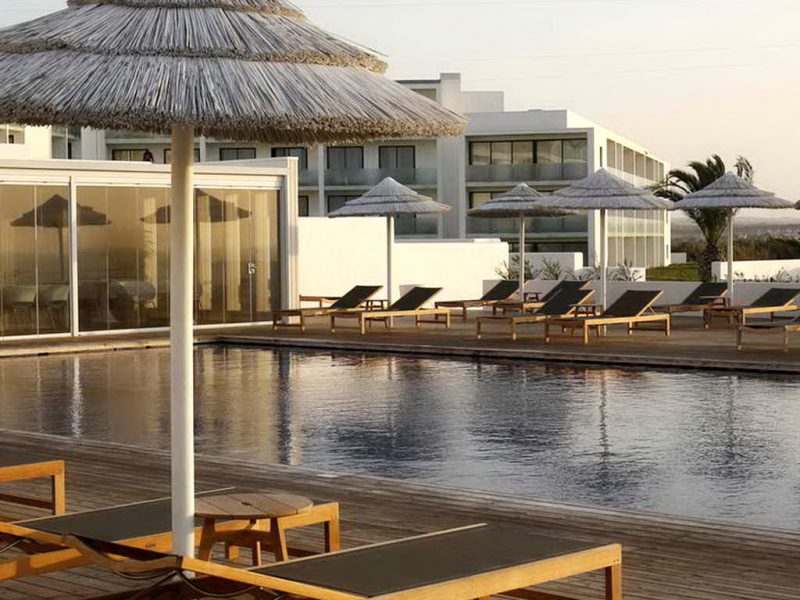 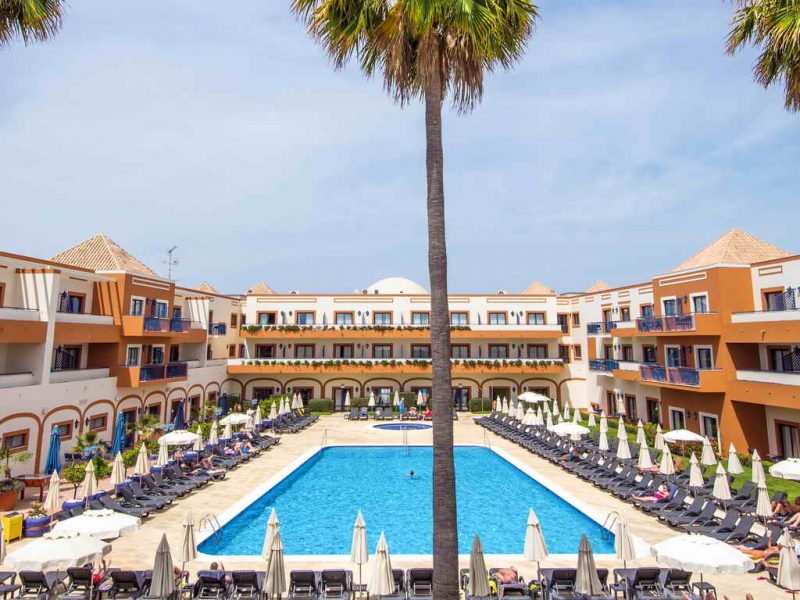 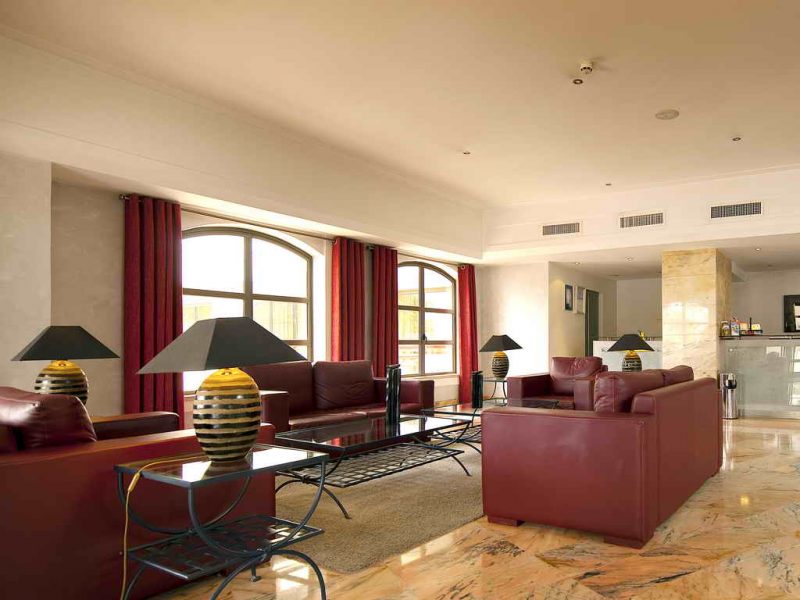 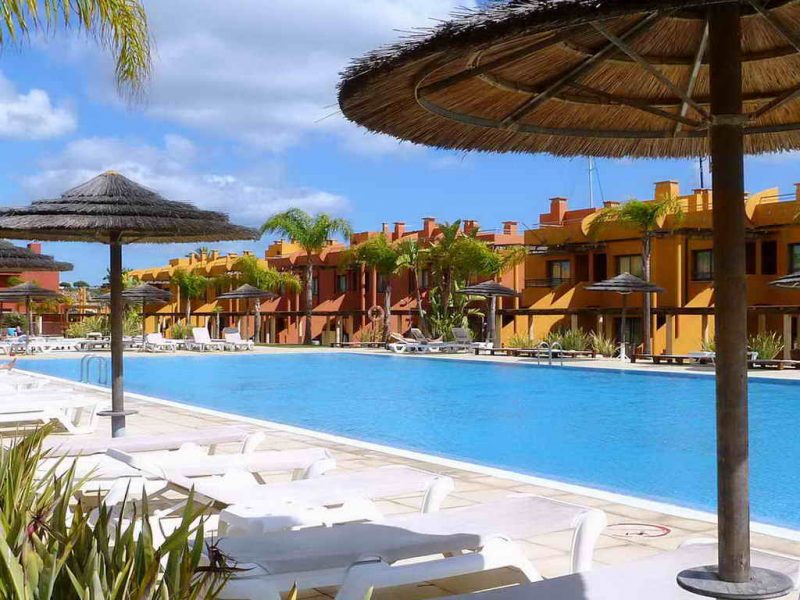 The Best Way to See the Algarve!
Our group of 4 (2 couples) loved biking through the Algarve! We booked the supported Hybrid Bike option as the routes took us both on and off road and we saw areas we wouldn’t have been able to get to with road bikes. The GPS worked great and was easy to follow, the routes created by Portugal Bikes were amazing and the bikes were of very good quality!! Jose (our guide) was very hospitable, met us for snacks and again with our luggage at the hotel that night. We would highly recommend Portugal Bike and look forward to trying another route with them in the near future!

“We took this tour in April, 2014, and were just delighted! It was our first organized bike tour, and Jose and Christina looked after us every step of the way, including having our luggage in the rooms at the end of the day. Jose was always willing to stop for the photos, and adjust our bicycles as needed. I took an ebike, and was glad I did. As stated in another review, there are a couple of big hills to conquer. In addition, I did not have to worry about keeping up with the others on the tour. We found the meals to be first-rate, seafood included in every meal, and well prepared. Local dishes were featured, just as we like. Hotel rooms were very comfortable as well. At the end of the biking day, there was time to tour the town we were visiting, on our own, and have a drink at one of the outdoor cafes.
Should we ever return to Portugal, we would certainly consider another trip with this company.”

“This was our 7th biking trip in Europe, and the couple who run Portugal Bike are far and away the best trip organizers and leaders we have experienced. They do a fantastic job in every aspect of the trip, starting with their site and its explanation of their trips, their quickly answered and comprehensive e-mails when booking or asking questions or for help, their meet and greet at the airport, their pre-trip orientation and, certainly not least, every aspect of the trip itself. (…) Their constant attention to detail leads me to believe they perhaps had a hand in selecting our 11 person group, as we could not have been with a more enjoyable bunch of people, who had us laughing all the way across southern Portugal. A final word, about our sweeper, Pedro. He too was delightful and, like Jose, went out of his way to explain cultural and historical points as we biked each day, opening our eyes to new and interesting aspects of our experience of the country. We’d like to emphasize that Jose, Cristina, and Pedro are not longer acquaintances, but, rather, as Jose said, “family”.”

“We went the last week in April, the weather was perfect and the wildflowers were in full bloom and insanely beautiful. We’d never seen anything like it, miles and miles of flowers. I’m pretty sure The Garden of Eden must have looked like this. The coastline, the towns and cities were also stunning, in fact the whole trip was pretty much perfect.
The food on the tour ranges from very good to fair, but never bad; it is after all, an all-inclusive tour. We are foodies and if I did it again, I might sneak out a couple nights to eat in some of the clearly great seafood restaurants we passed along the way.
The operators, José & Cristina Henriques are the perfect blend of fun without forgetting that this is their business. They do a great job of keeping everything moving along safely and without any surprises. José is compulsive obsessive about the condition of his bicycles, they looked like they just came out of the showroom.
One note, there are a few mega hills to climb and sometimes there’s a 15 knot headwind to go with the hill. Unless you’re Lance Armstrong, do yourself a favor, swallow your pride and rent an eBike, they are amazing. It’s just a bike until you ask it for some help to zip you past the others climbing a hill. By the end of the day everyone was jealous of my eBike.”

“We had a great time! We were a group of 14 friends. We were lucky to have enjoyed a week of great weather too, the scenery in the Algarve is amazing and on a bicycle was a great way to see it. Our tour took us through some areas that would be incredibly difficult to find by our own and then we would have missed the beautiful views. The tour hotels were all very good and served an ample breakfast to start our day. The bike quality was very good and they were new and well outfitted. This is the fifth bike tour we did in Europe. It was the first time that we were doing a guided tour and we were impressed by the excellent organization of José and Cristina. Thanks to Cristina for the excellent picnic with foods from the region. After all, we had a wonderful time on this tour. The tour company was very professional in all ways.”