The Charming Pousadas in the North Guided

This is a gorgeous Hybrid Bike Tour in Portugal which takes you to several Manor Houses, Palaces and Monasteries; these magnificent places were once inhabited by the clergy or the Queens and Kings of Portugal and now are converted into exquisite lodgings, which we call POUSADAS.

The overall difficulty level of this tour is 3, Intermediate (more precisely, level 2.7 between 1~5). It is recommended for “bikers” and “cyclists”. It is supposed that you are in good shape.

This Bicycle Tour in Portugal starts in Valença do Minho which is a historic village in Northern Portugal located near the Spanish border; the borderline is the beautiful river Minho and the village is surrounded by walls. There is a fortress with two towers and double walls, several manor houses and small palaces and several churches too. Then we will ride to Viana do Castelo, a town founded in the 13th century and whose port was one of the main ports from which the Portuguese explorers set sail, due to the Discoveries in the 16th century.

We will cycle along the river Lima to Ponte de Lima, admiring an astonishing view and luxuriant vegetation. Ponte de Lima is a beautiful small town whose name derives from the bridge (ponte) which was the only safe way to cross the Lima river.

We will cross the hills in Gerês and will stay in a 12th century Monastery converted into a charming hotel. Next stop will be in a Nature hotel located in the heart of Peneda/Gerês National Park with a breathtaking view over the river and the peaceful Caniçada dam.

On our last day we will cycle to Guimarães which is traditionally known as the birthplace of the Portuguese nation. You can visit the medieval historic center, the castle and the palace nearby and feel the medieval atmosphere around you. We will stay in a Convent dated of the 12 century.

Prices are based on a double bedroom occupancy (hotels may be different depending on availability) | Guided version: We require a minimum of 4 people to confirm a guided departure | Groups: Discount for Groups of 4 or more people | E-Bike rental: + Euro 200 | If you wish a different date, ask us for prices and availability | Longer tour: You can join two PortugalBike Tours and have a 2-week program. Take a look to Along The Silver Coast bike tour (10% discount on the second tour). 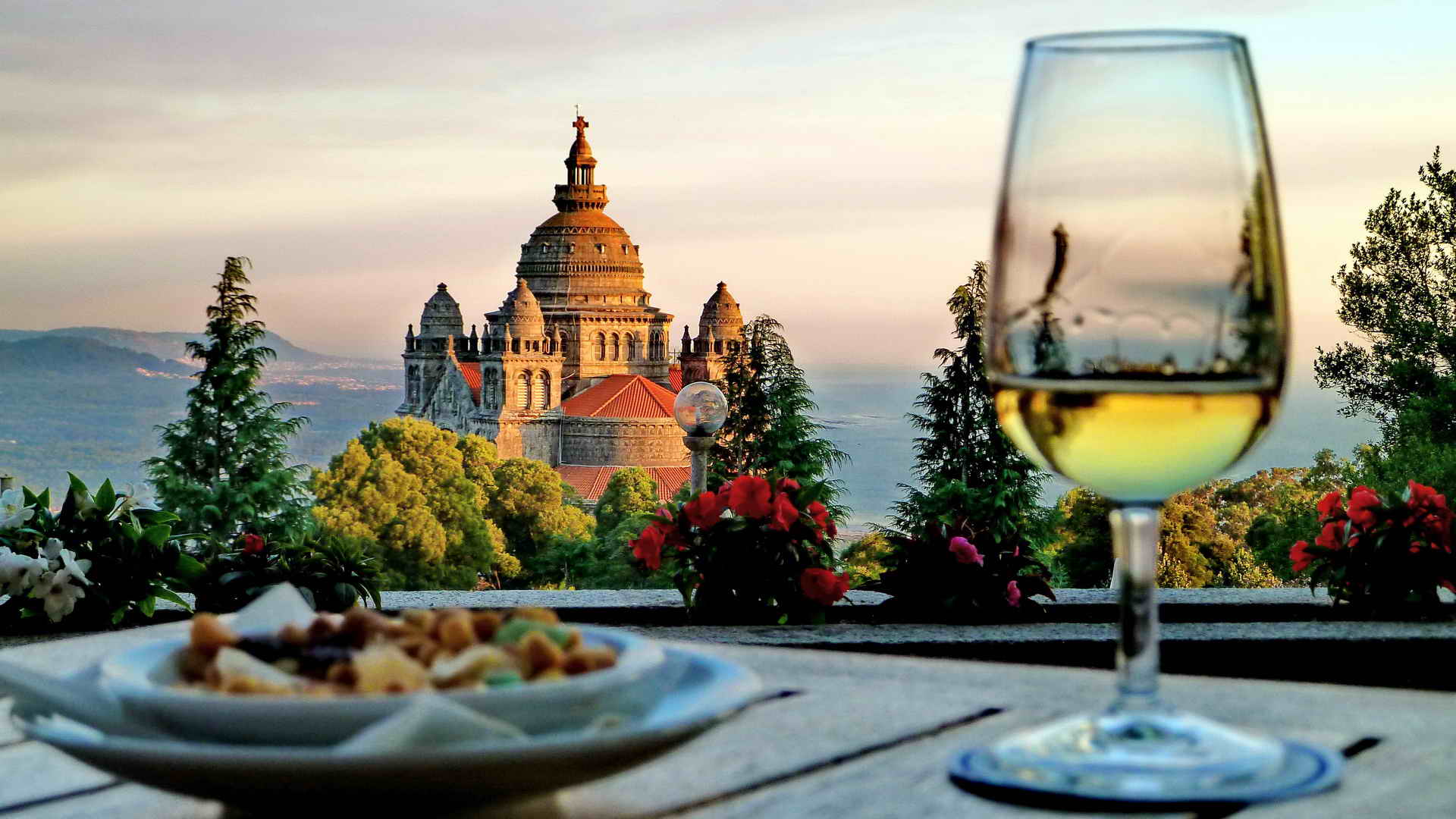 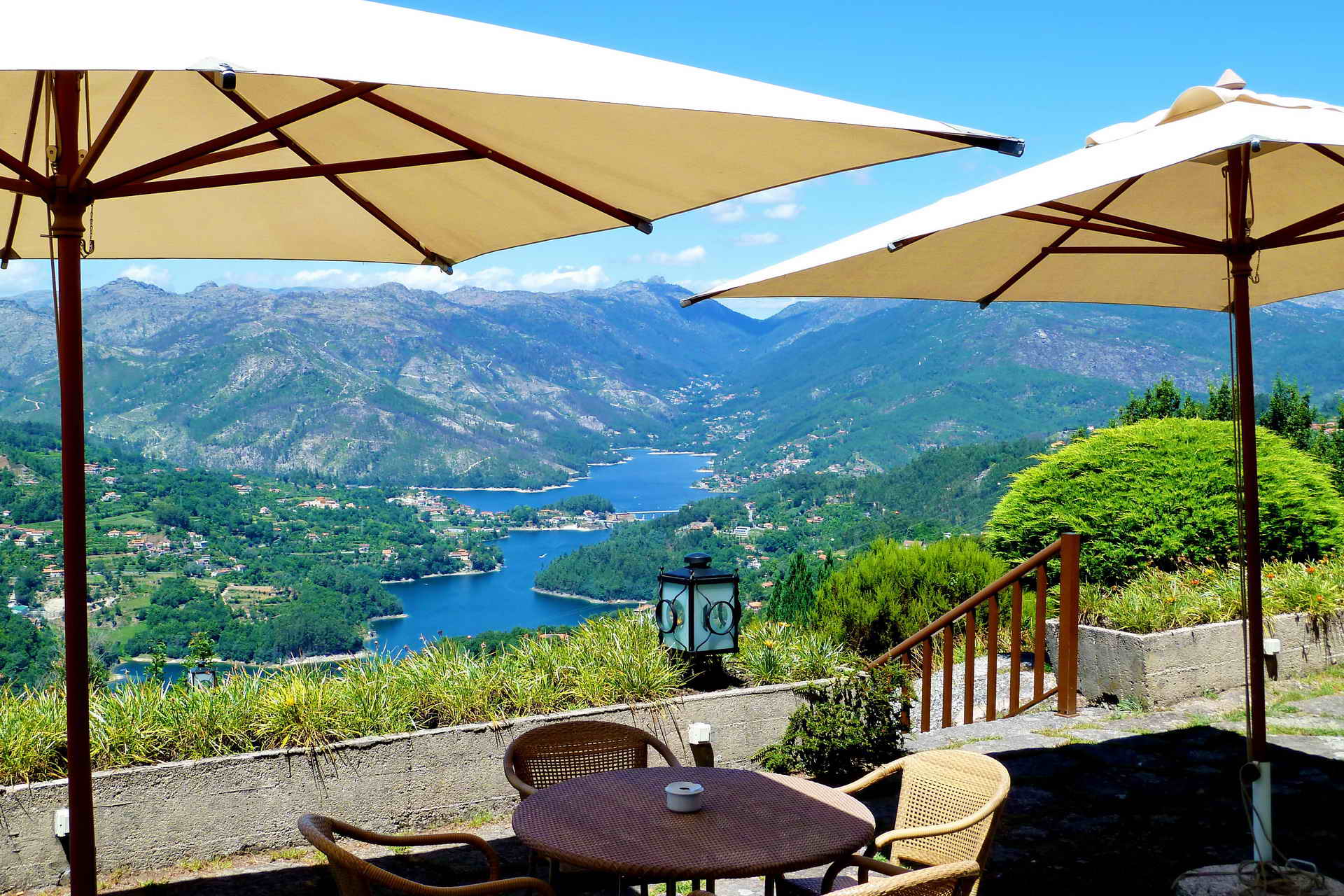 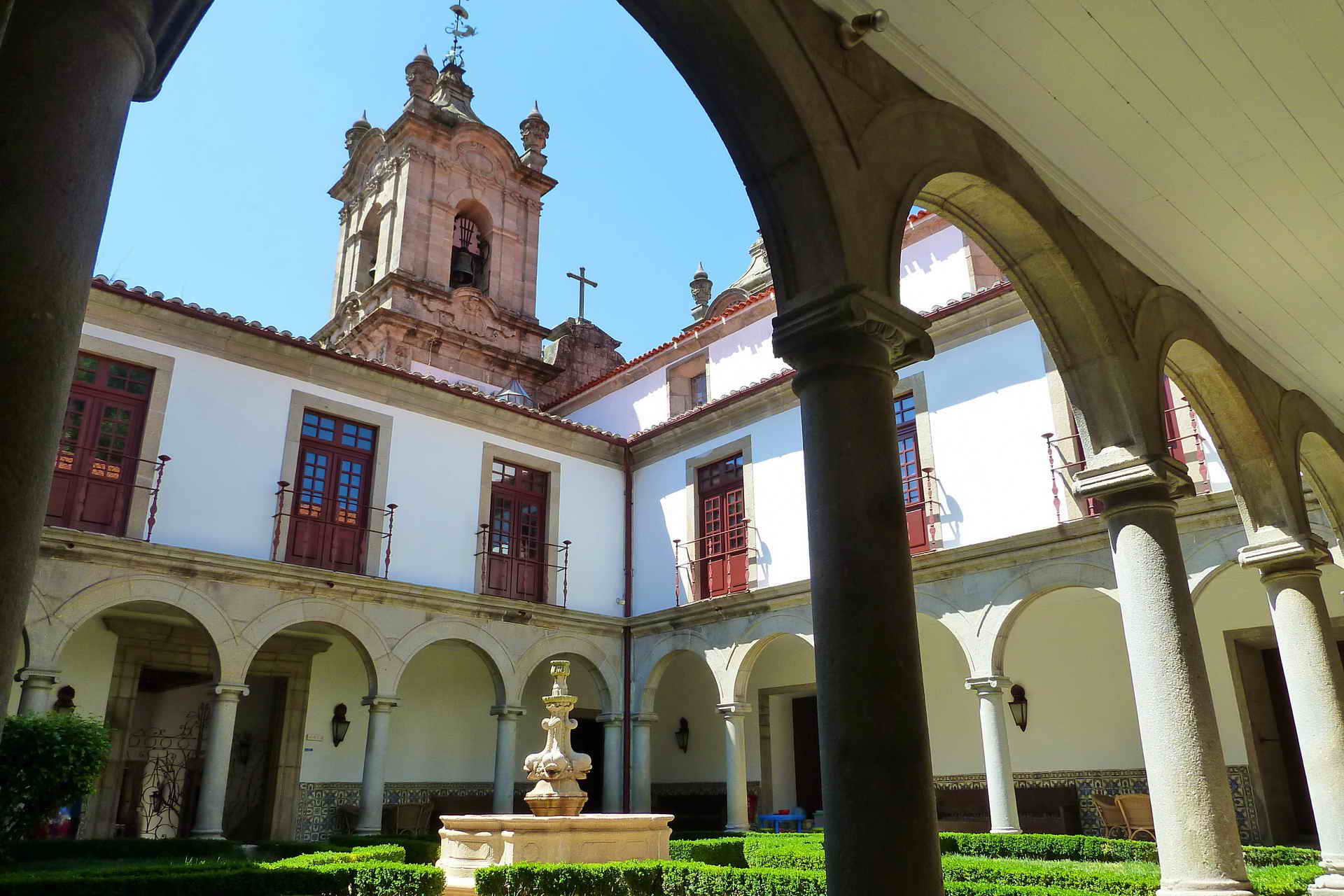 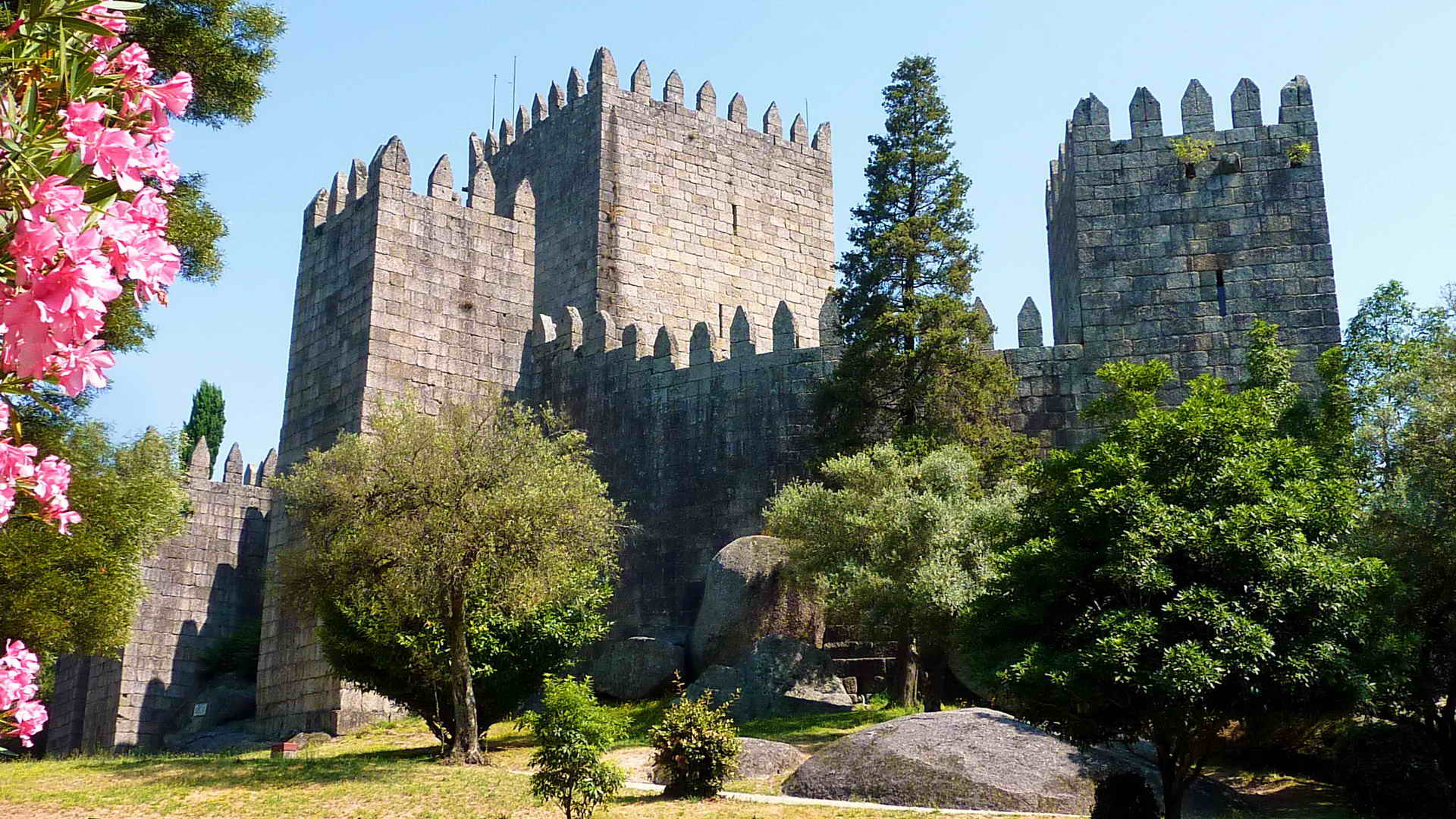 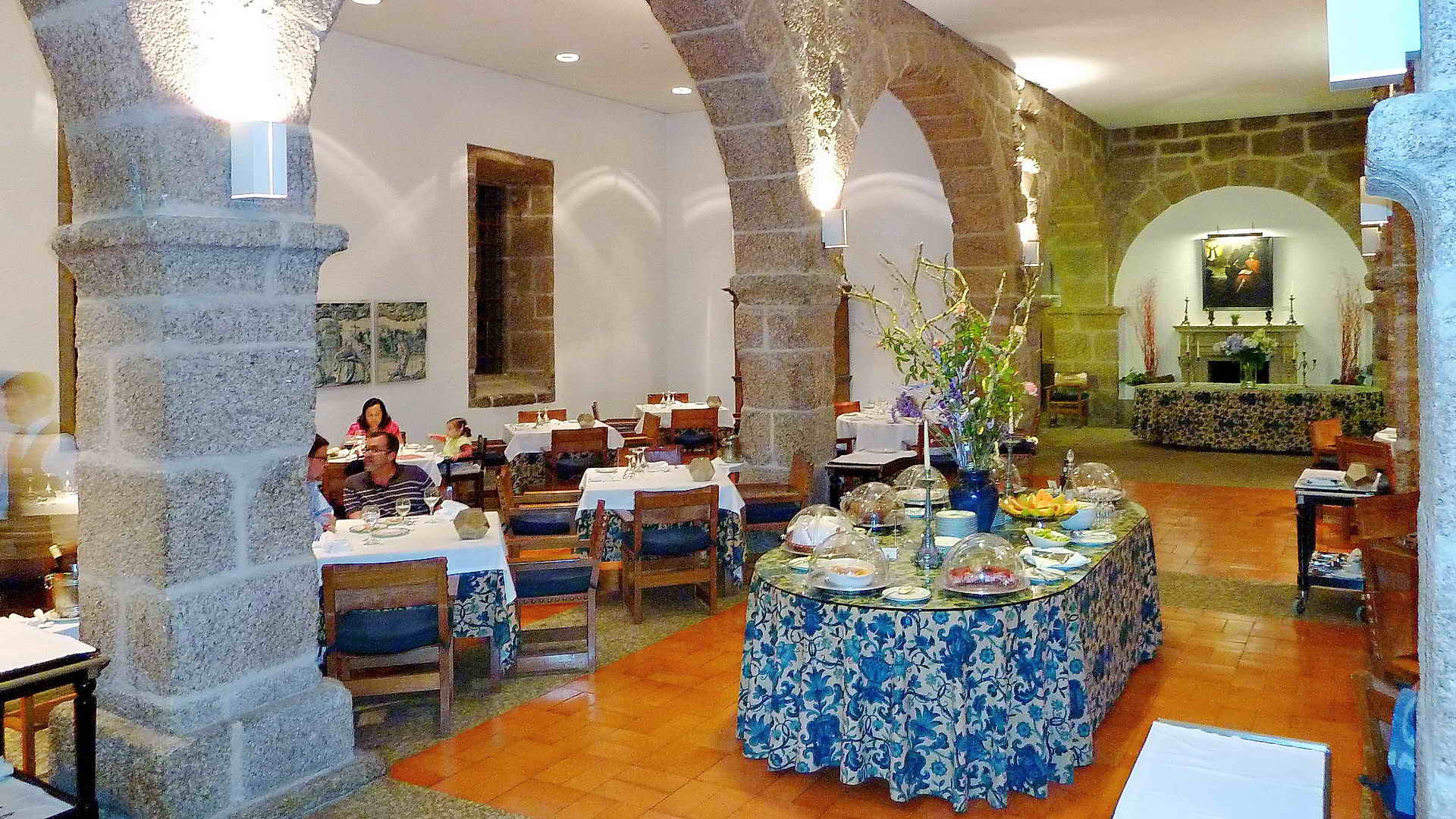 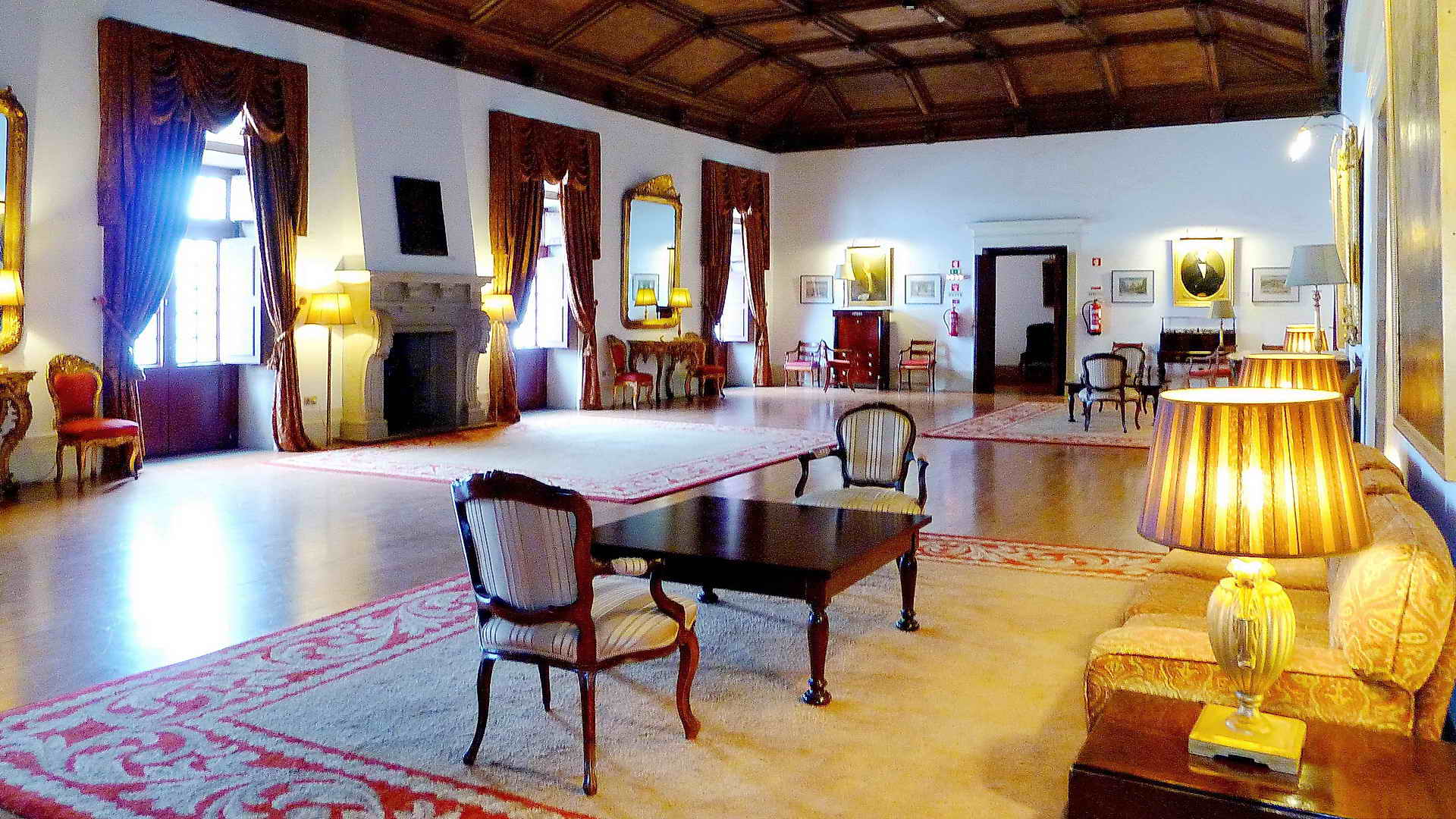 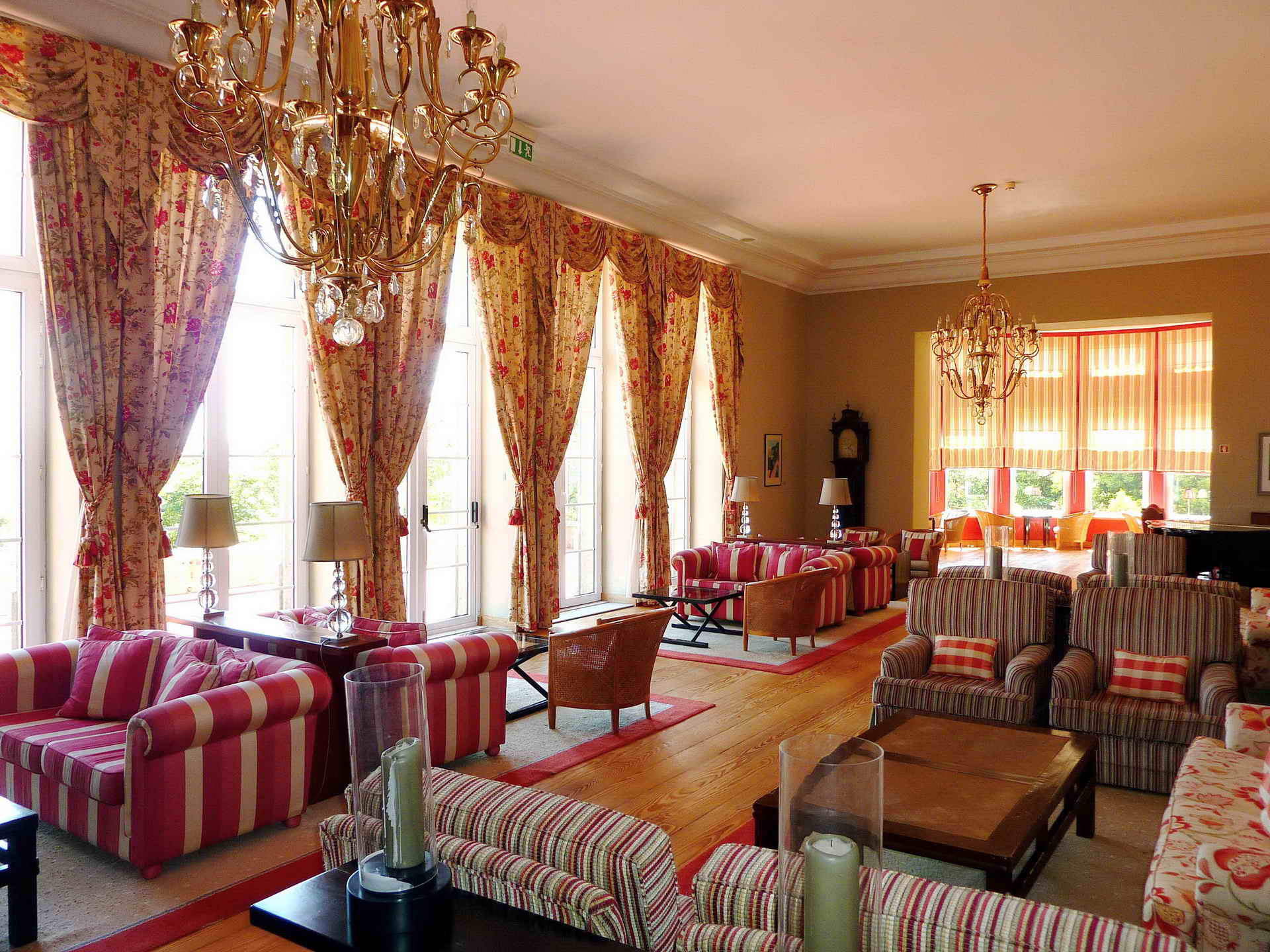 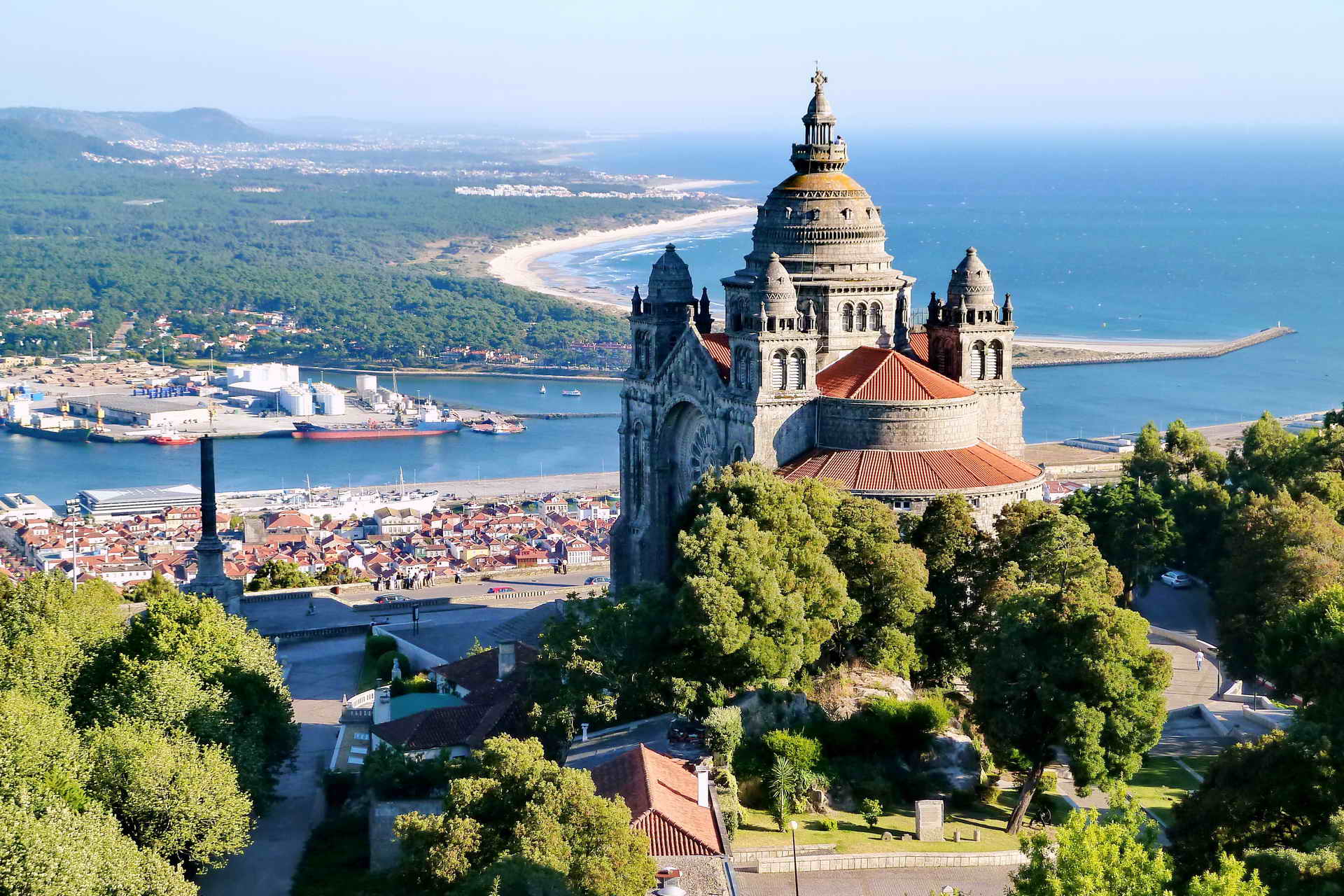 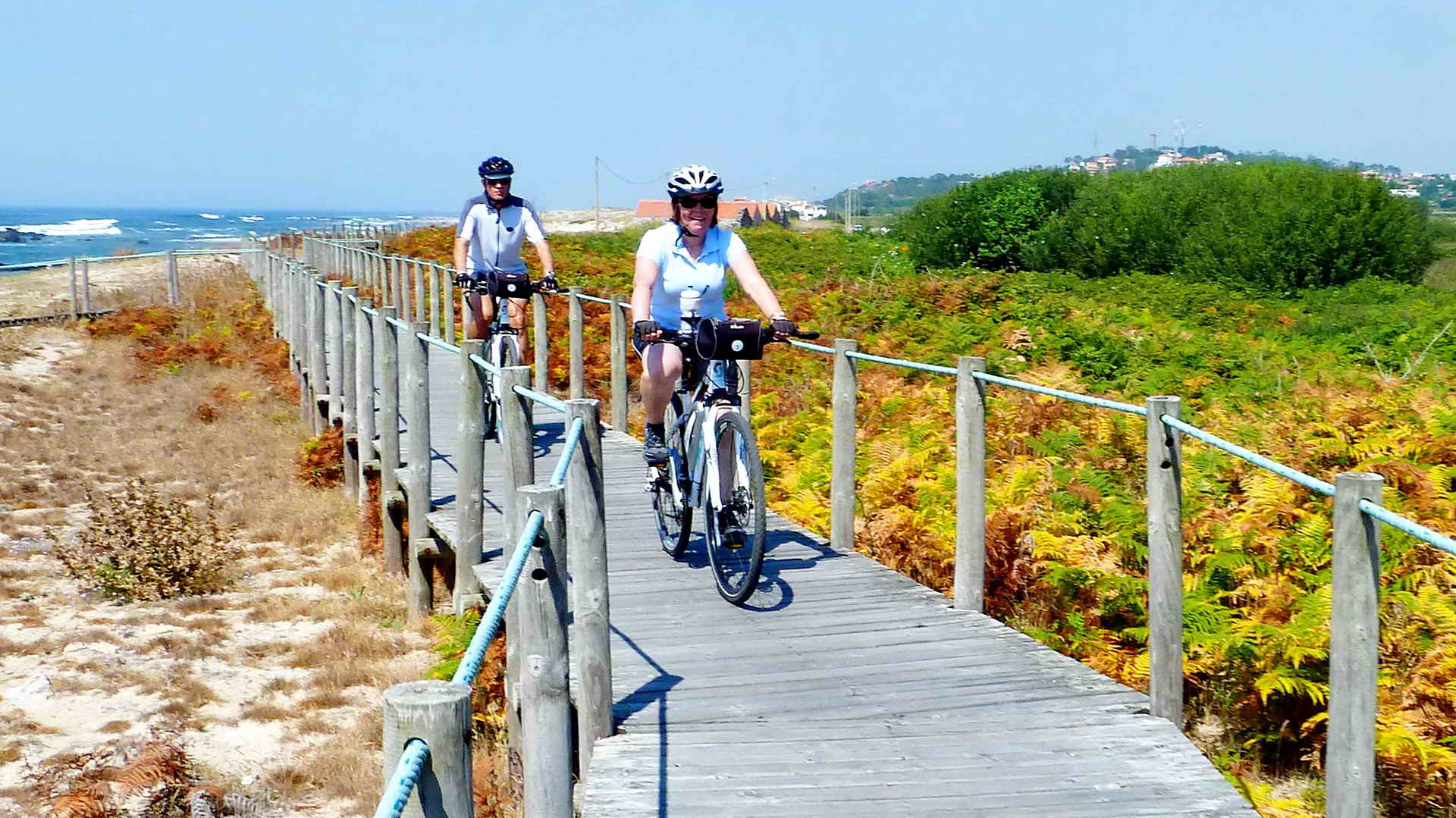 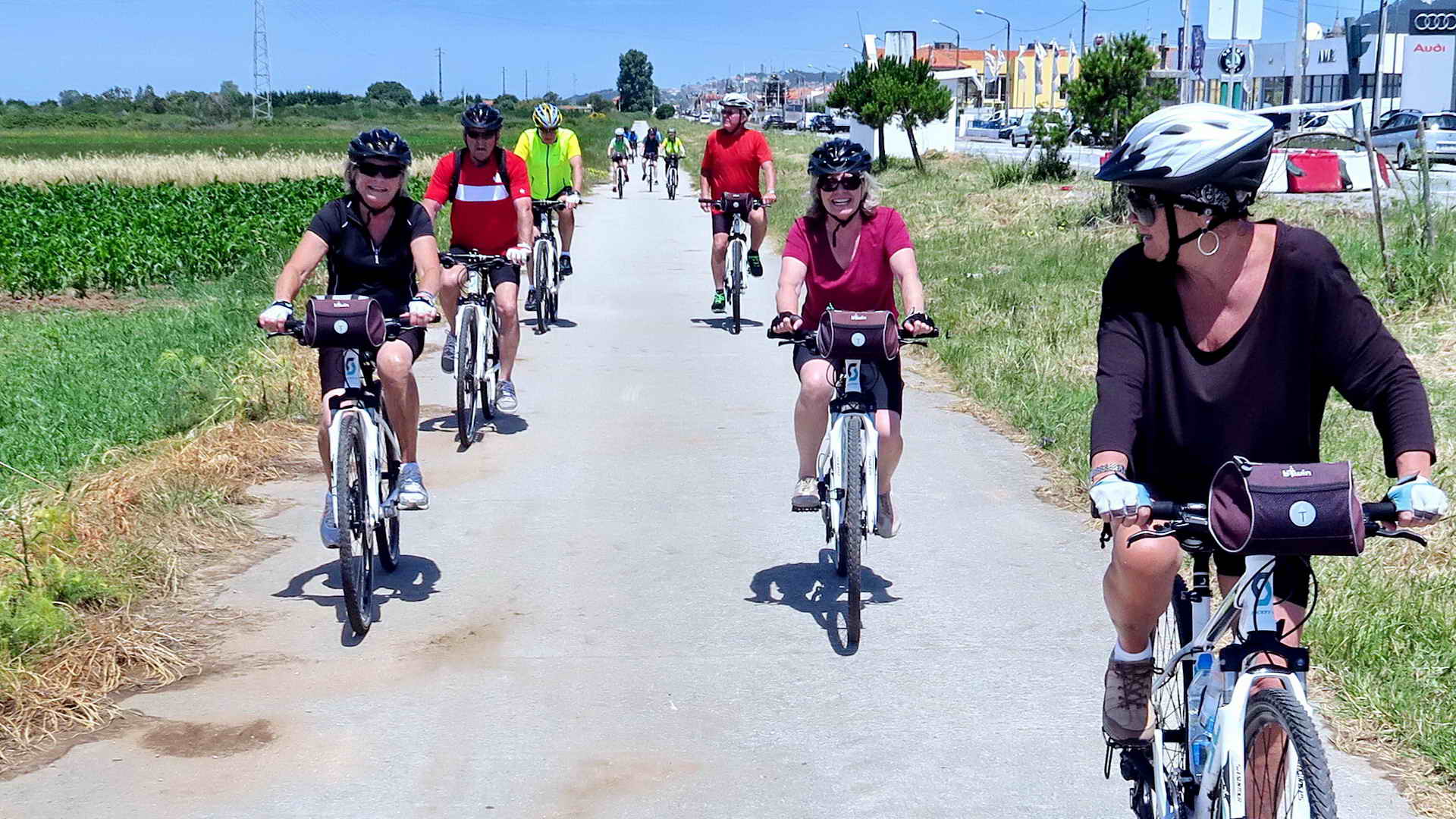 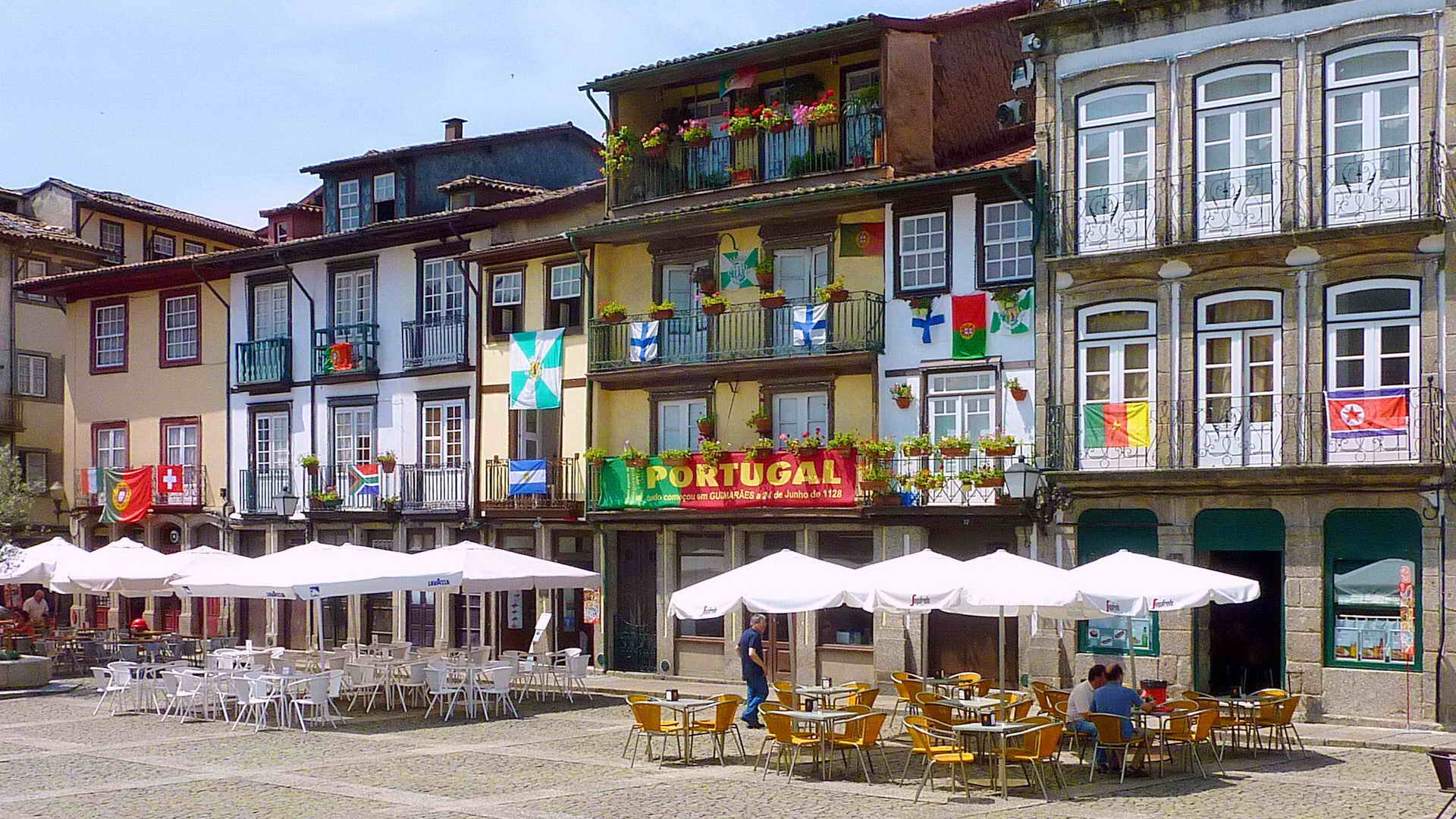 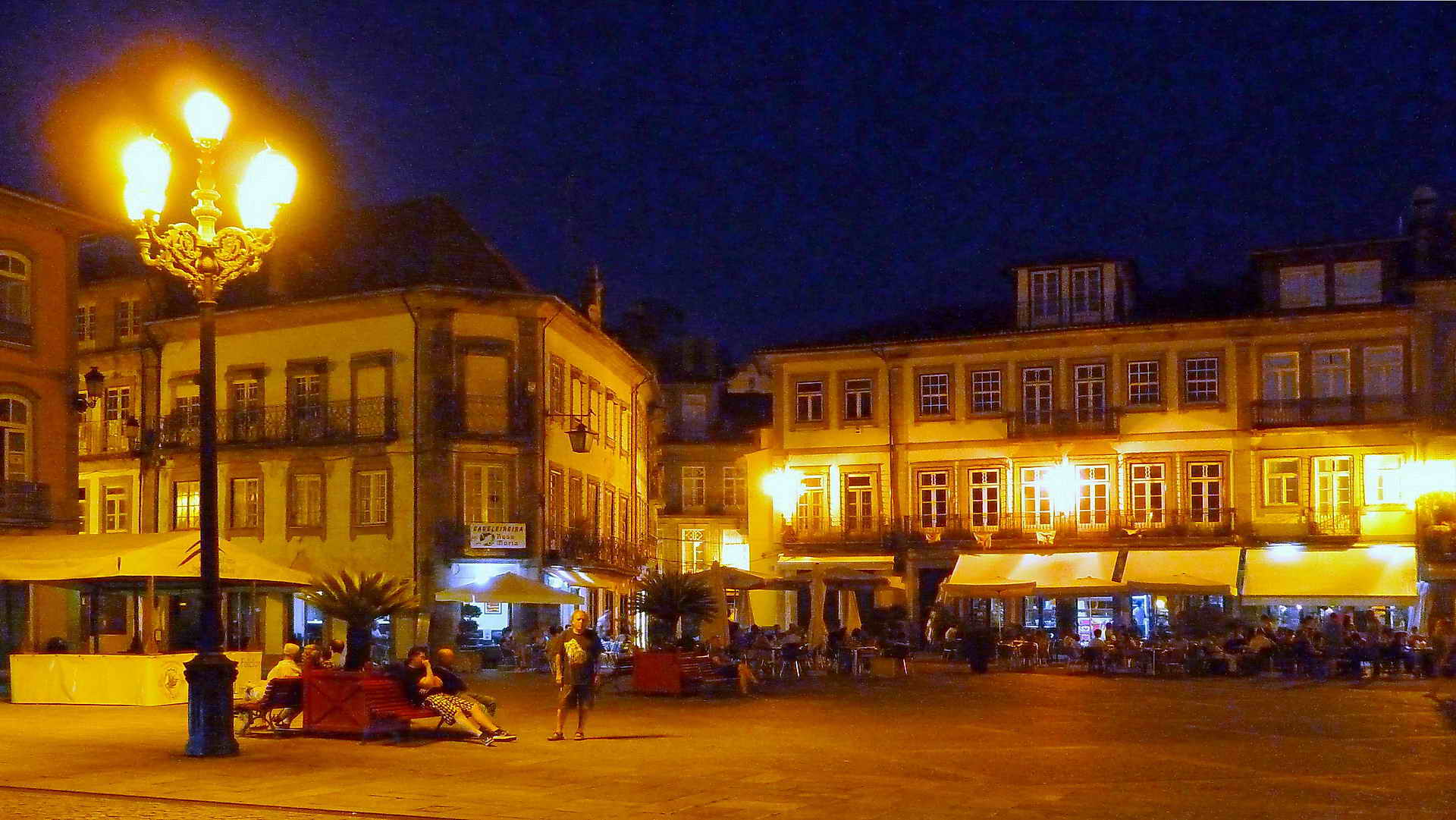 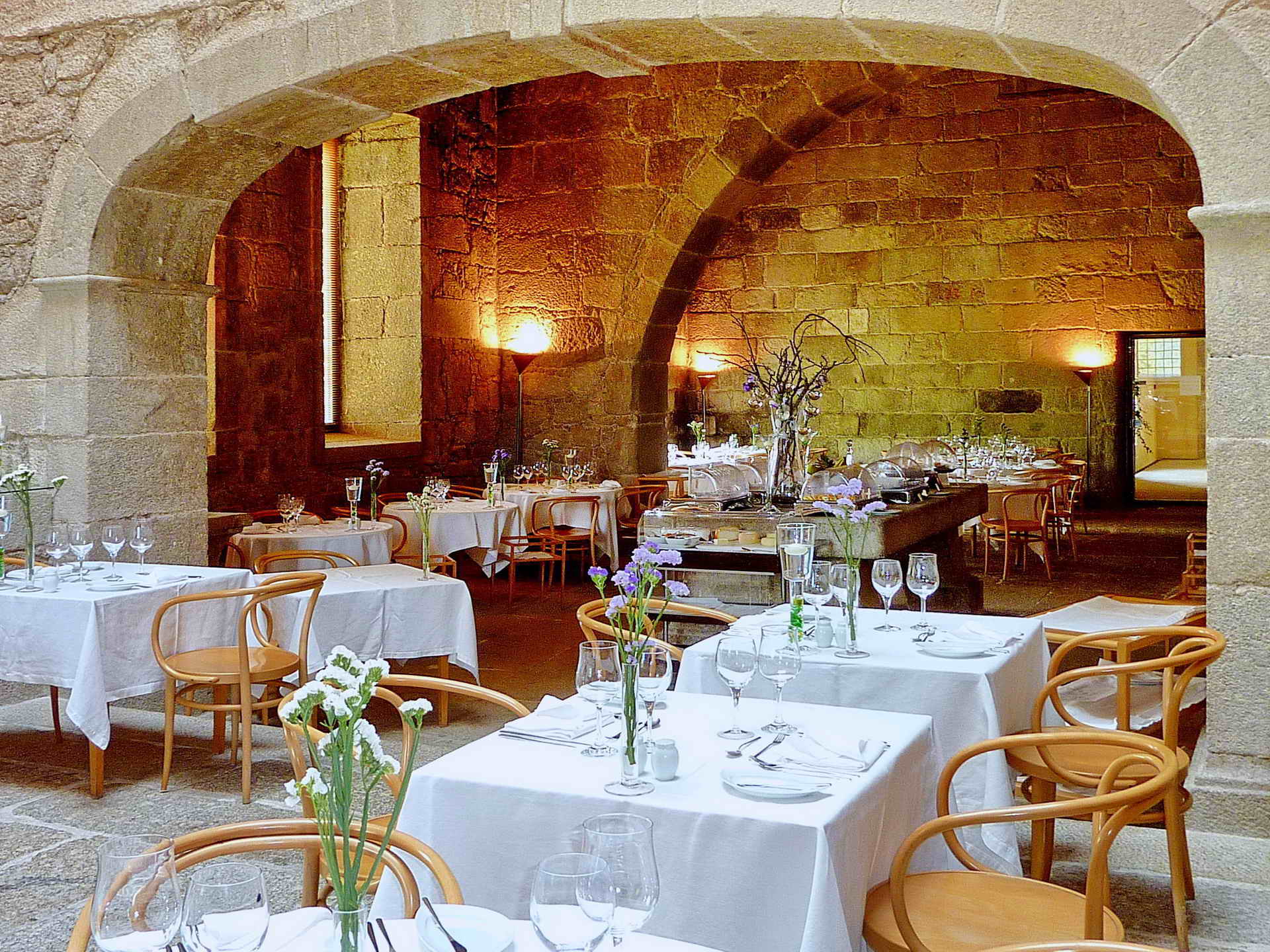 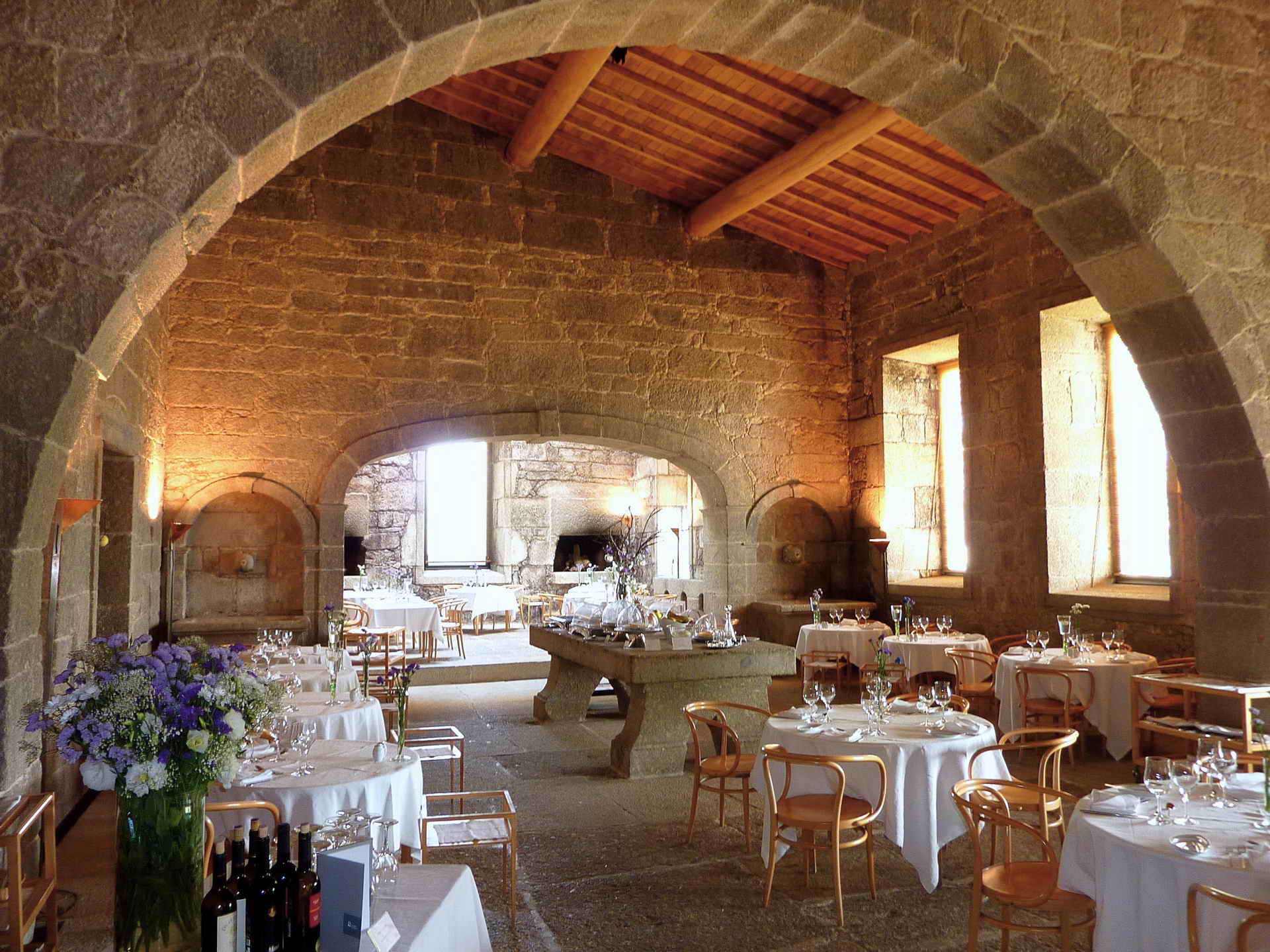 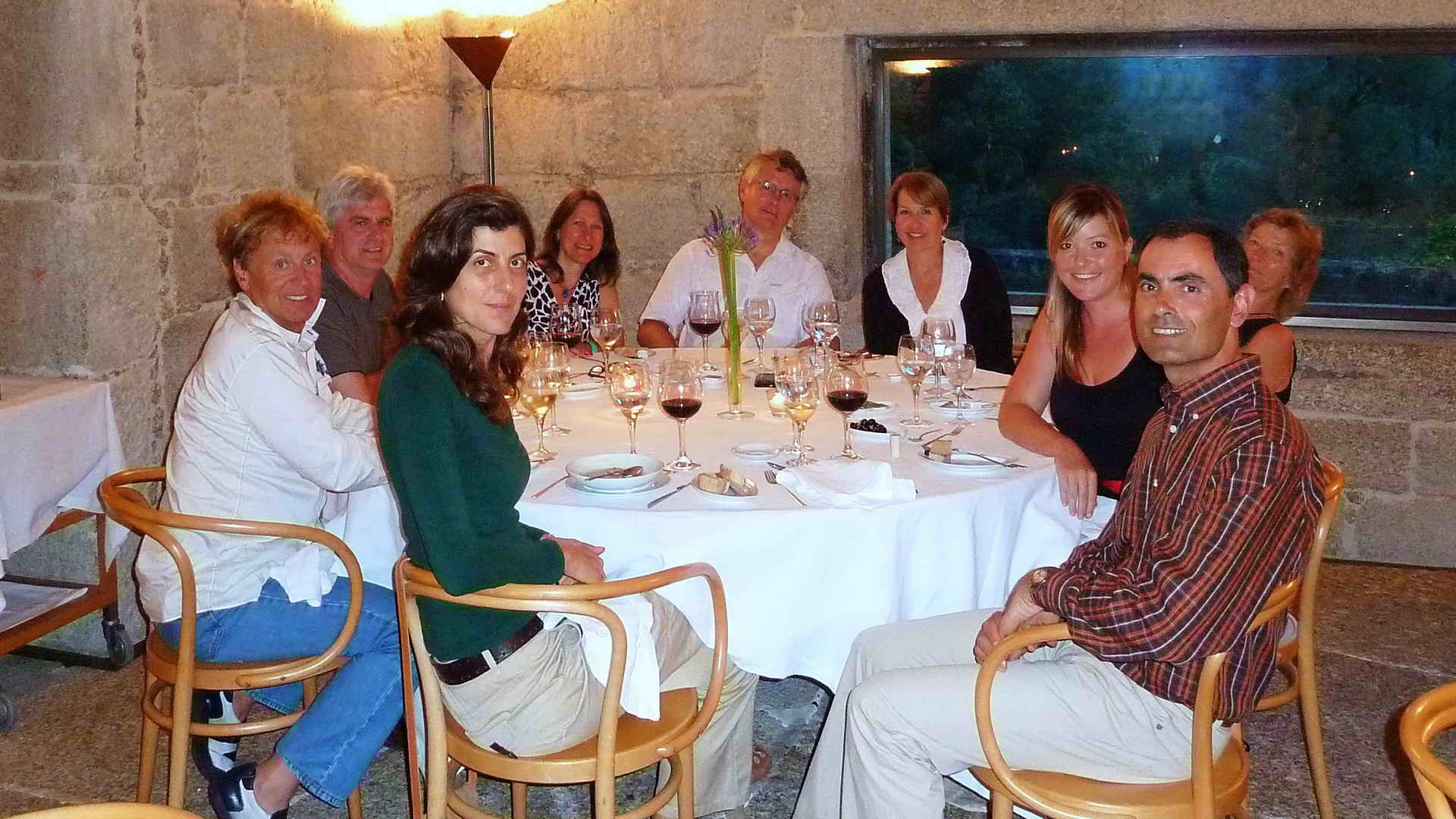 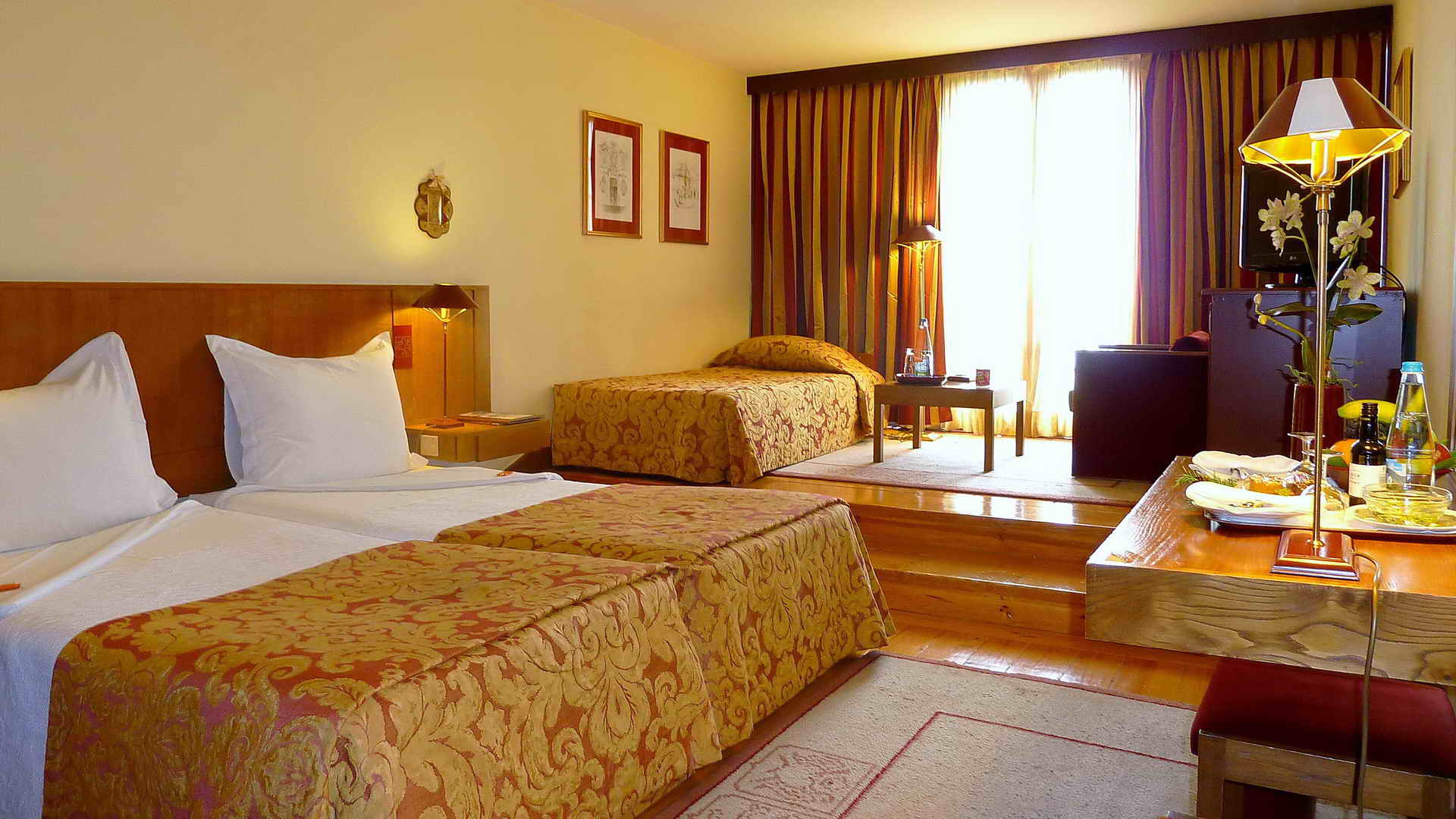 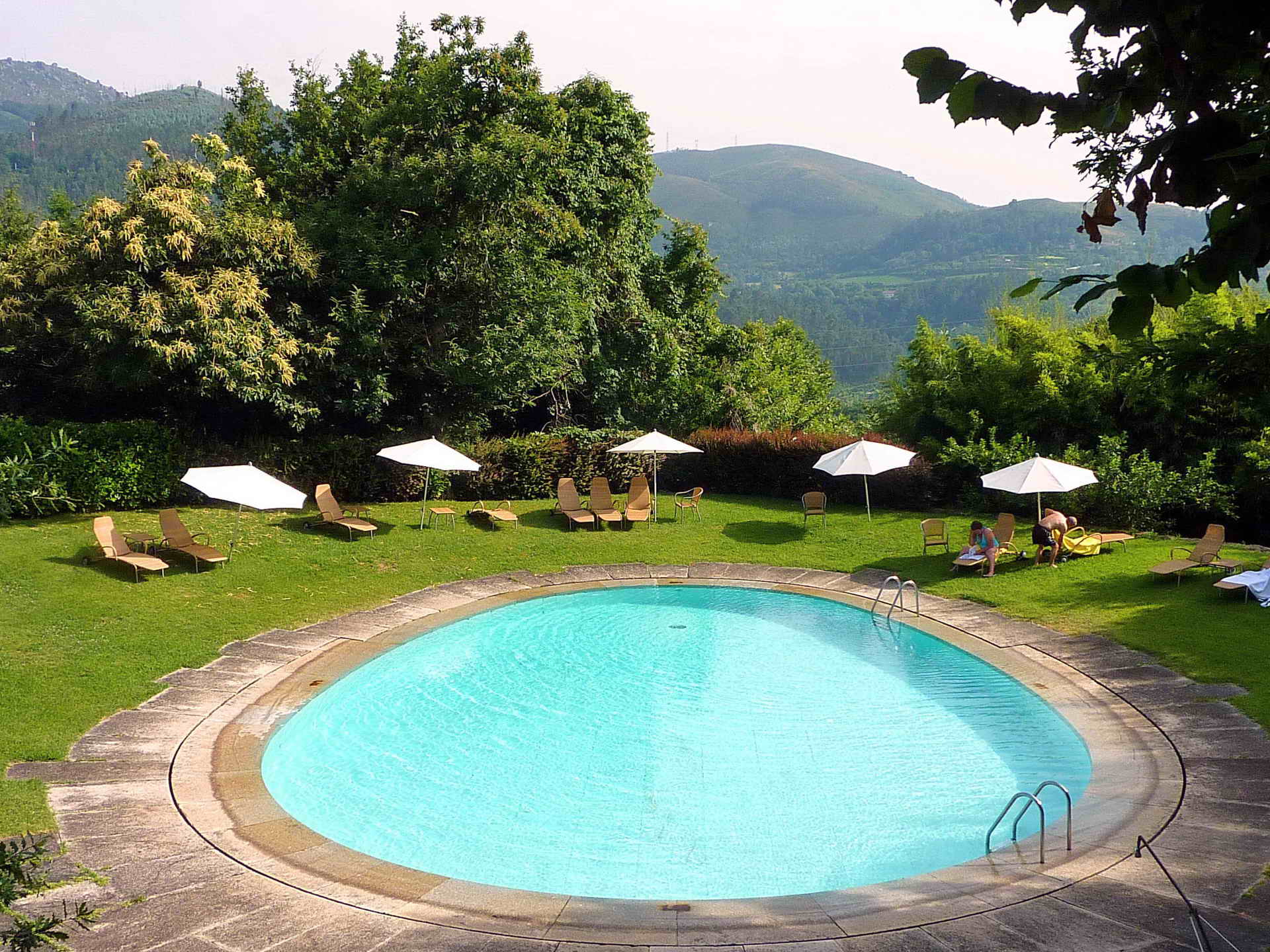 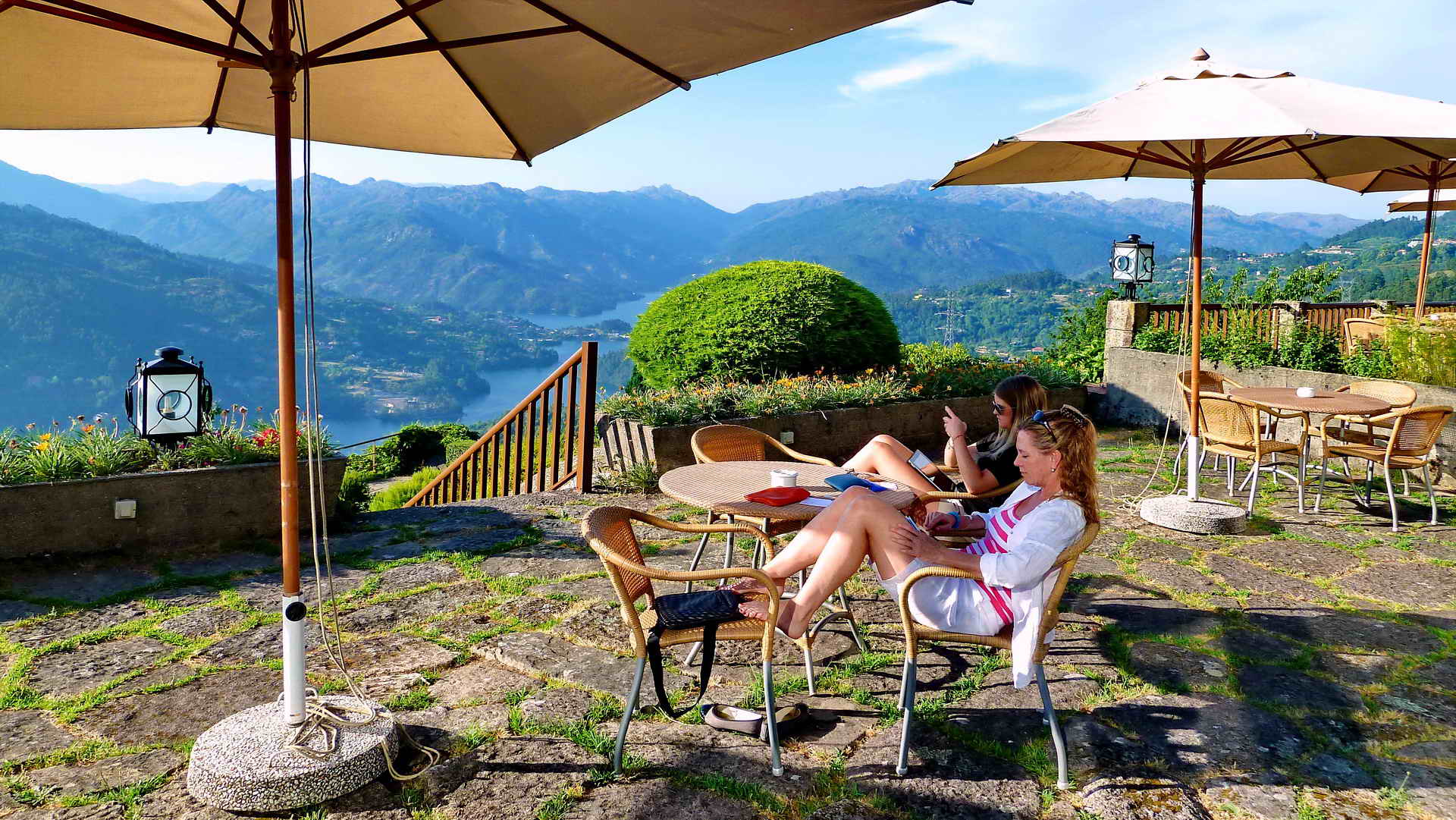 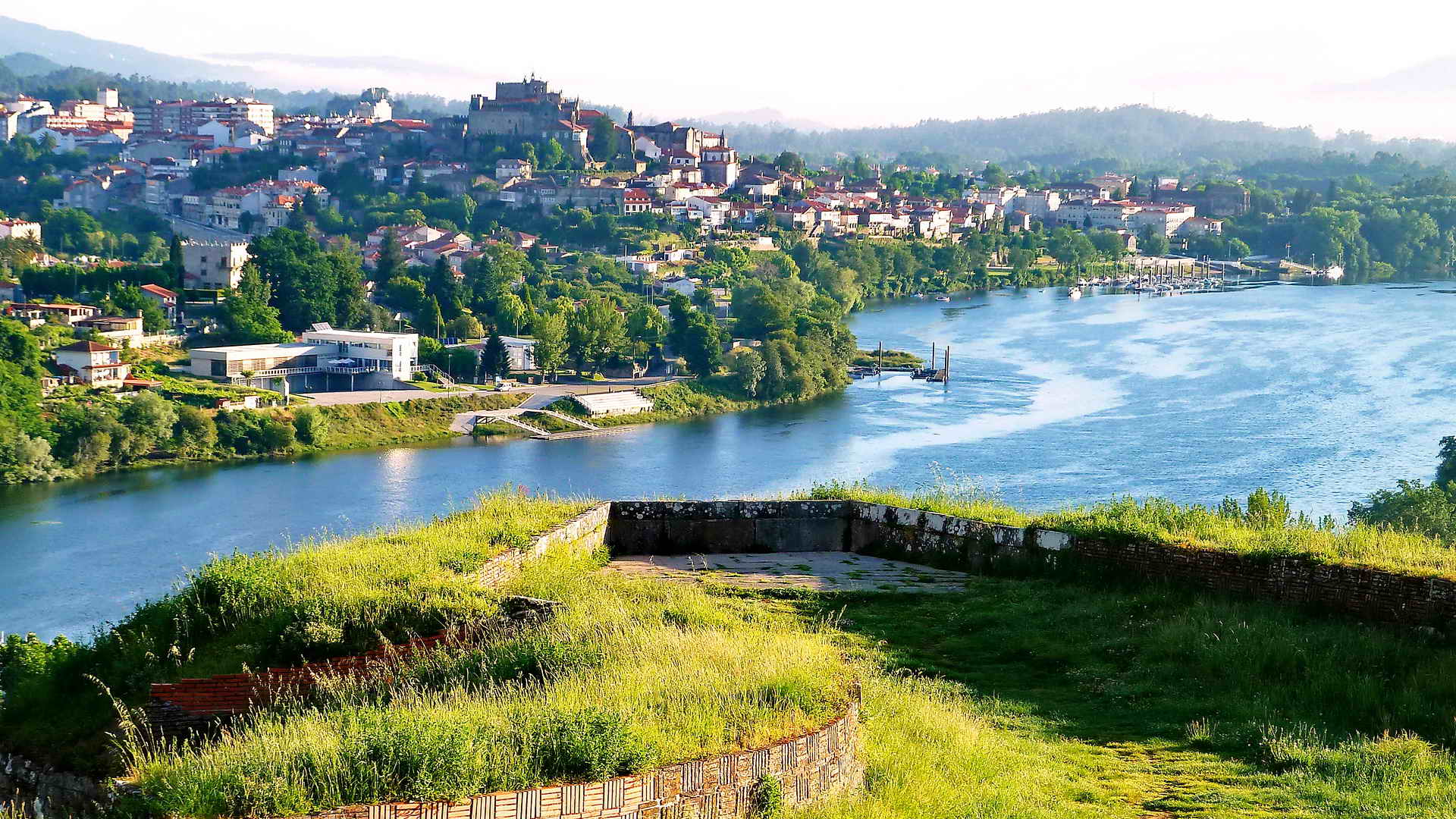 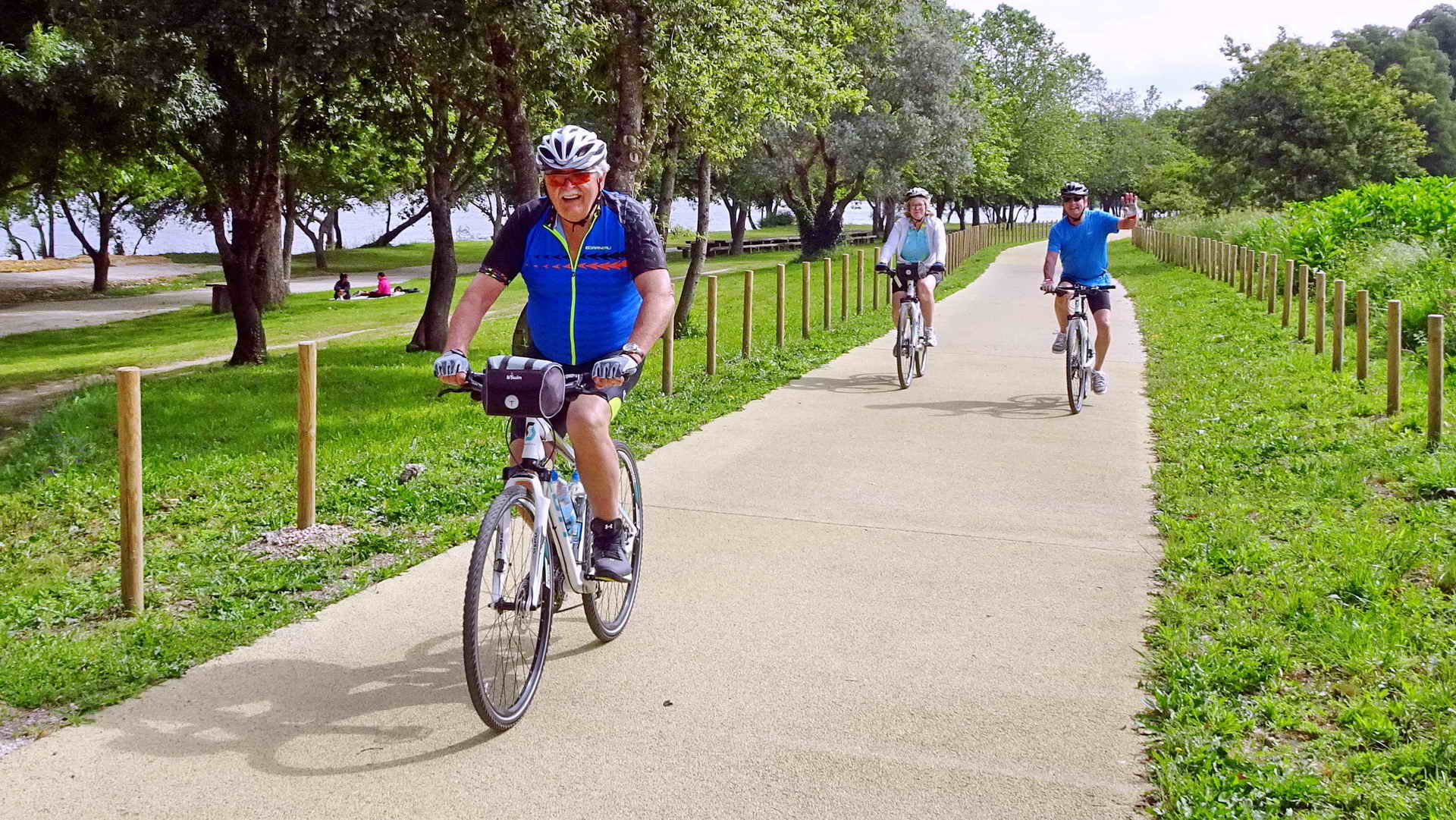 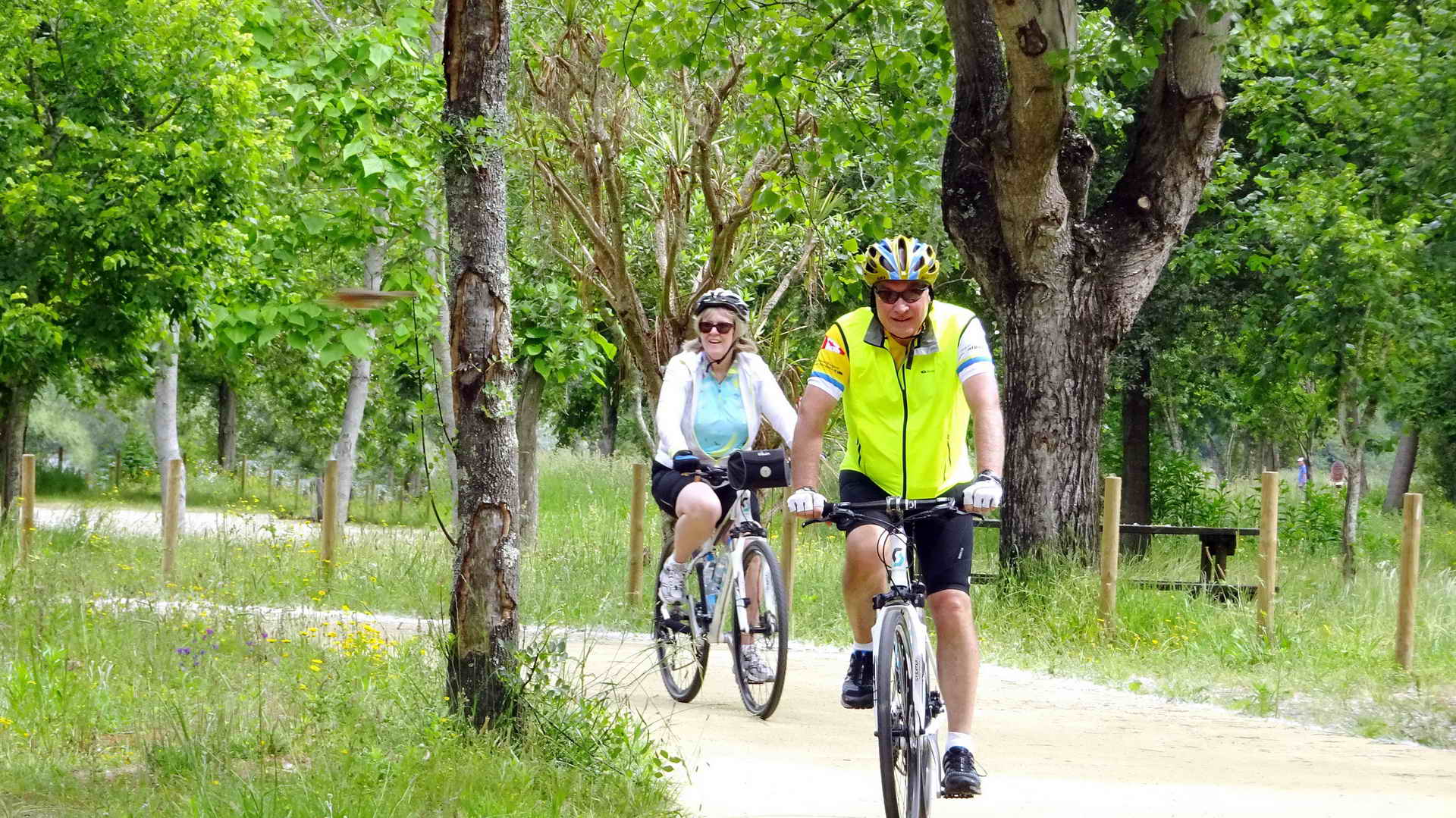 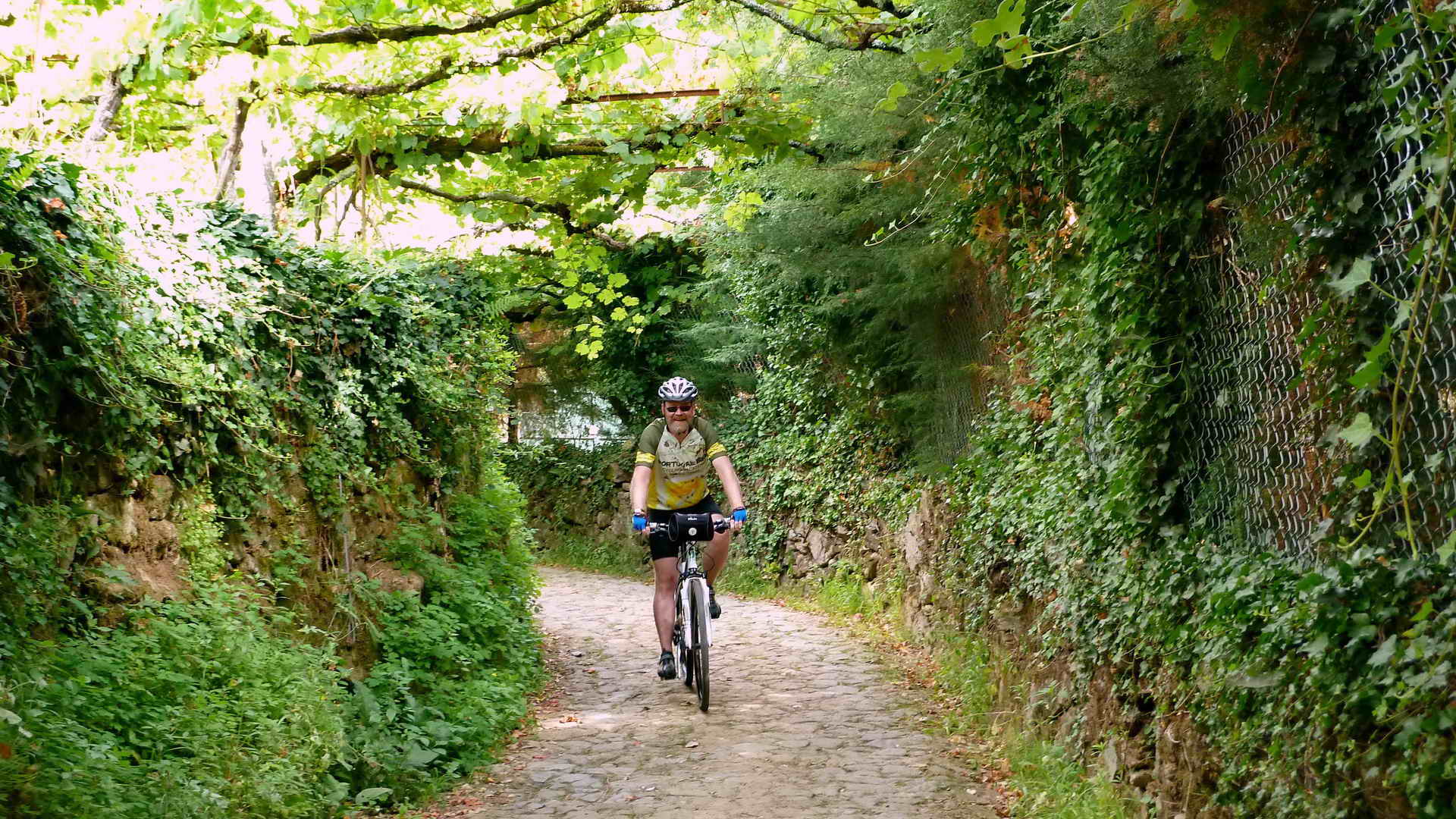 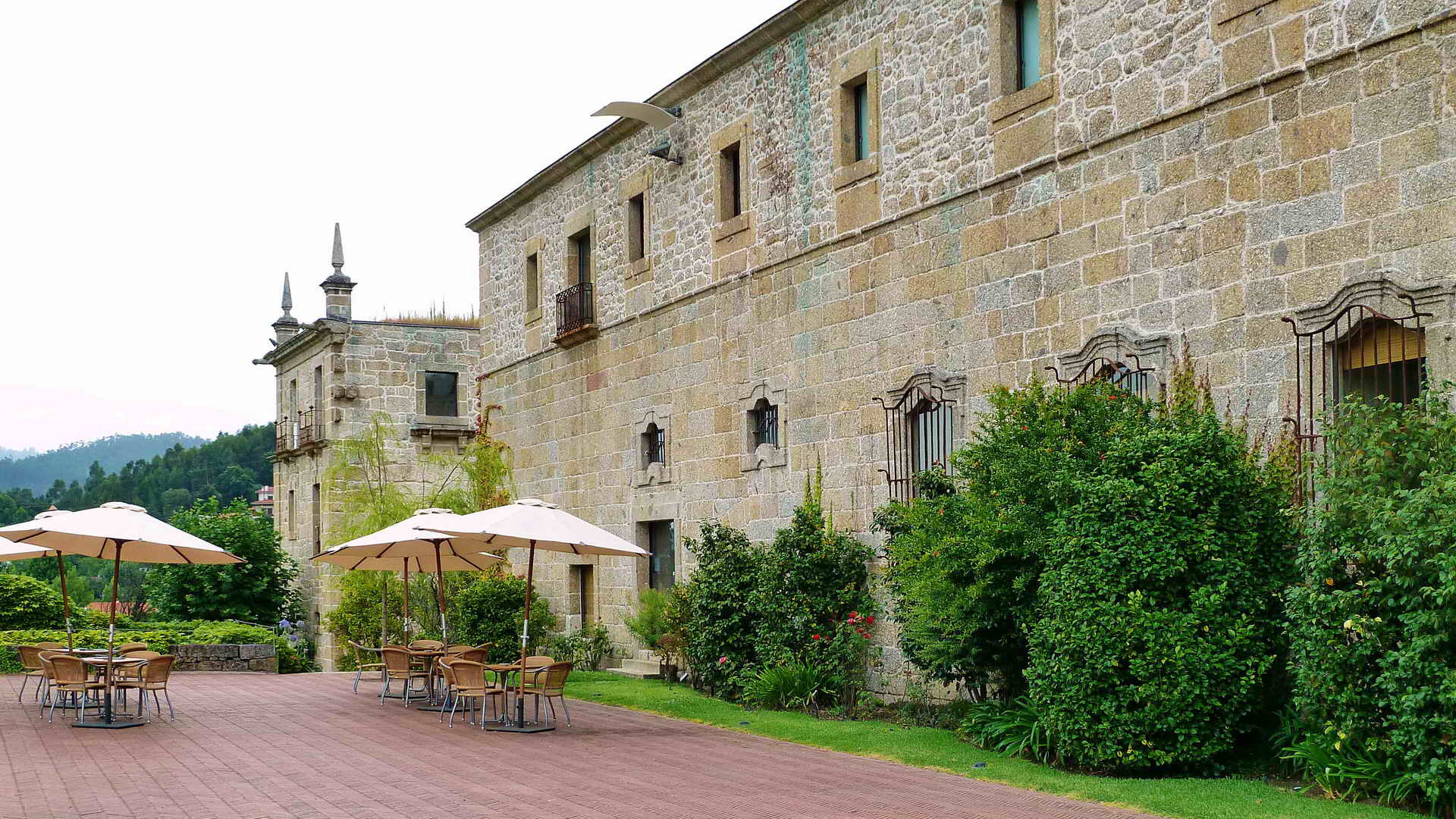 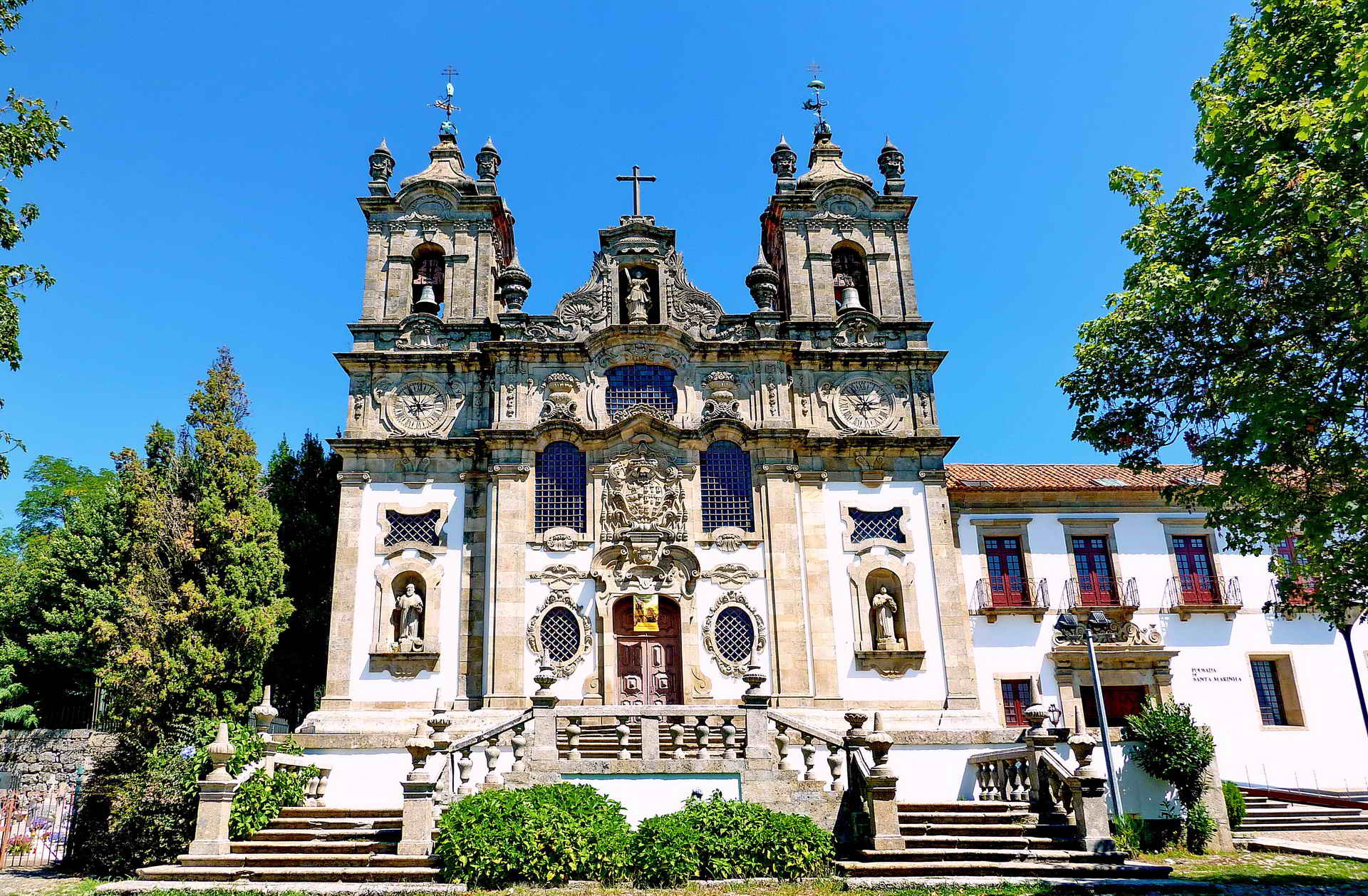 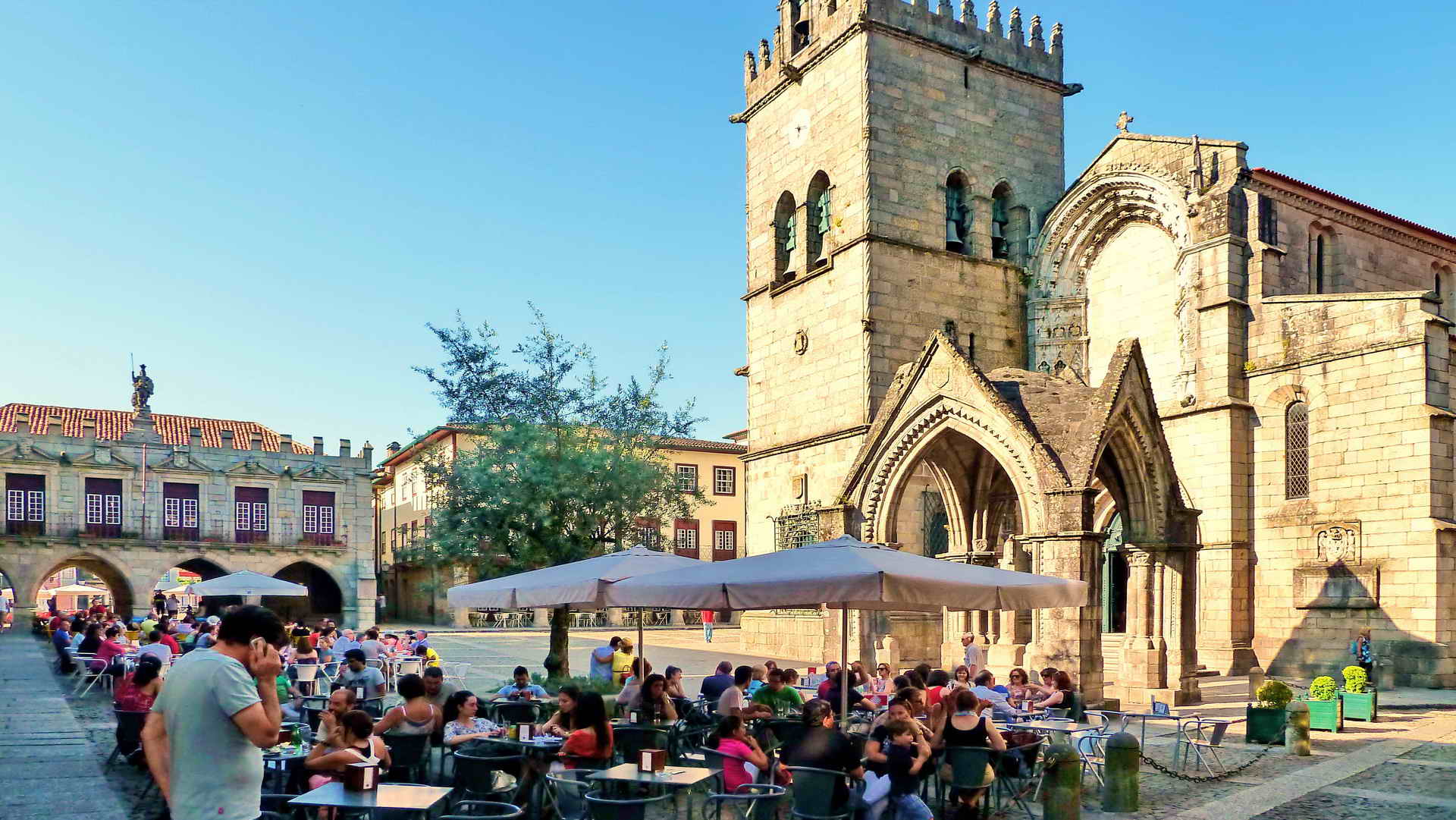 Welcome at Porto airport. 1-hour drive to Valença, briefing about the tour. Lodging in a Pousada which is set on the highest place of the old fortified area of Valença, with a great view to the Spanish border. Lodging in Pousada de Valença, Charming Hotel located in a 13th century Fortress).

Cycling along the coast

63km (39mi), level 4 (3.5), total climbing 750m (2460ft).
After breakfast we leave Valença and ride towards a city that was founded in the 13th century and whose port was one of the main ports of sailing during the Portuguese Discovery Journeys in the 16th century. Lodging in a Pousada set on a hill, overlooking the city and the beautiful estuary of the river Lima. Lodging in Pousada de Viana do Castelo, Historic Hotel.

Along the Lima river banks

38km (24mi), level 2 (2.0), total climbing 390m (1280ft).
After breakfast we ride towards the oldest small town in Portugal with its amazing bridge which was the only safe way to cross the Lima river until the end of the Middle Ages. Lodging in a 4* modern hotel. Lodging in In-Lima Hotel & SPA.

50km (31mi), level 4 (3.5), total climbing 960m (3150ft).
After breakfast we ride on the green and luxuriant Gerês Hills and here and there we can find some houses. Lodging in a Pousada that is the result of the restoration of a former Cistercian Monastery of the 12th century. Lodging in Pousada Mosteiro de Amares, Monument Hotel.

18km (11mi), level 2 (1.9), total climbing 550m (1800m).
After breakfast we leave the 12th century Monastery and we ride up the green Gerês Hills. Our ride is short but very steep until we get to our next Pousada; however the dazzling views make the effort worth. Lodging in a nature Pousada with a unique location, right in the heart of Peneda/Gerês National Park. Lodging in Pousada da Caniçada, Charming Hotel (Mountain Chalet).

38km (24mi), level 3 (2.7), total climbing 710m (2330ft).
After breakfast we ride towards Guimarães, the birthplace of Portuguese nationality. We leave the Peneda Gerês National Park and we start to ride down to this historic city. Visit the medieval historic center, the castle and palace where you can feel the medieval atmosphere around you. Lodging in a Pousada which is the result of the restoration of a former Augustine Monastery of the 12th century. Lodging in Pousada do Mosteiro de Guimarães, Monument Hotel, a Small Luxury Hotel. 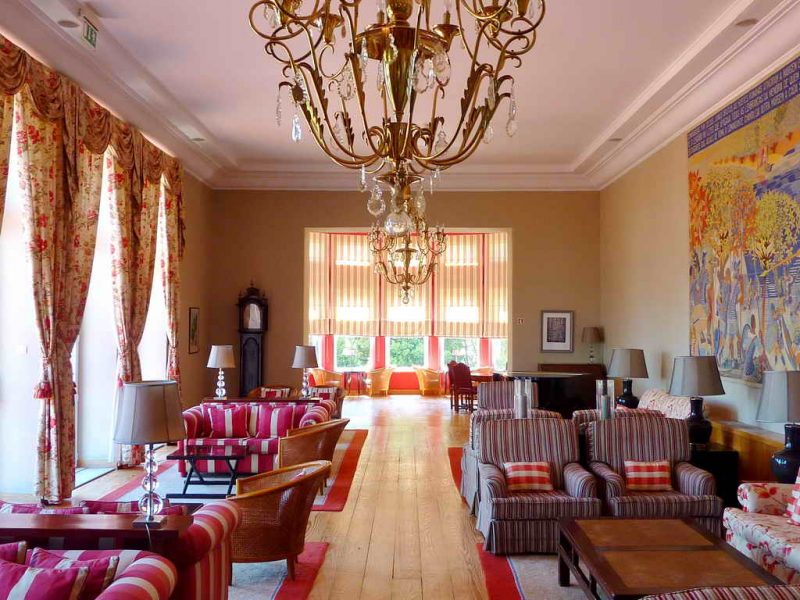 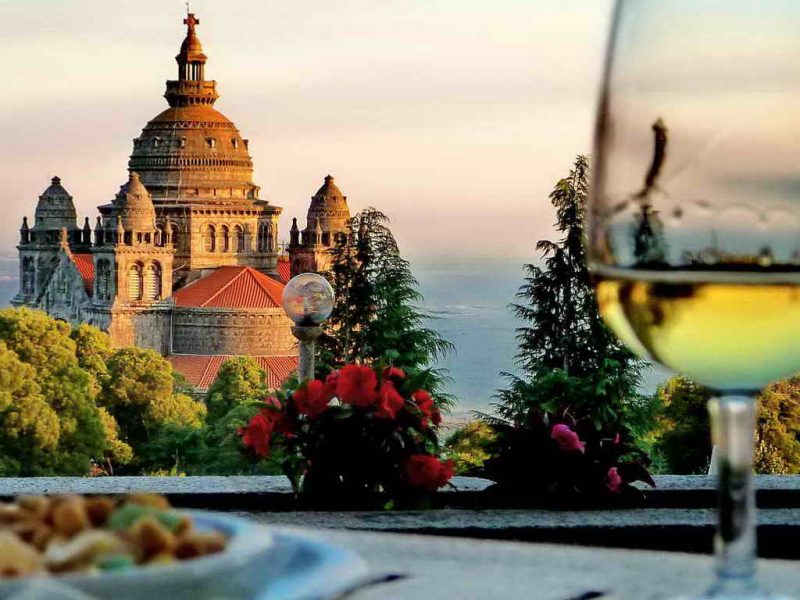 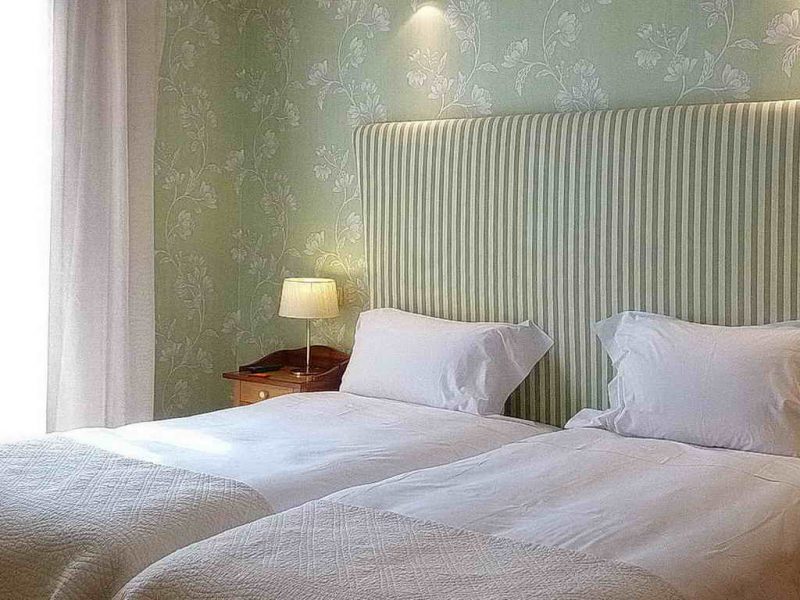 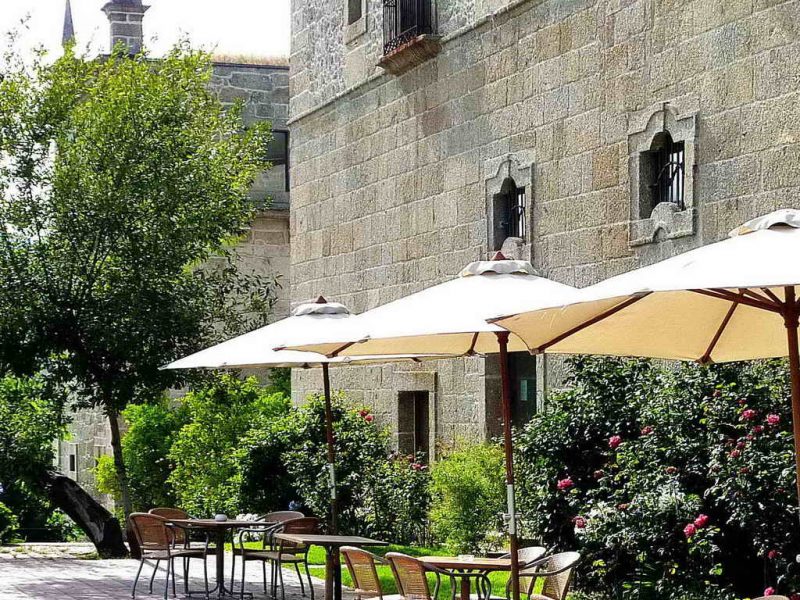 Or other Hybrid Bike Tours on The North Region

“Great plan, great execution and best of all lots of laughs. Exactly what my wife and I were looking for in a cycling holiday. Tough but not too tough. If there is gas in the tank at the end of the day, then just hit that last climb one more time. Spectacular accommodation. See for yourself. Excellent guidance and support! Like riding with family (but just the ones that you really like). Thanks Andre and Jose for the comradeship. Beer for the people! Cheers,”

“So glad we opted for this fabulous trip and specifically the Guided. Guided only makes the trip more enjoyable. Plenty of good biking that exceeded our expectations, but having it guided just makes it that more special. Accommodations were unique and beautiful. Worth the climbs up to them, whenever or however you get there 🙂 . Bikes were great, food was great food and wine were great but lastly our guides, Andre and Jose, were great! They set the tone from the beginning. Nothing was a problem. They adapted and customized to each of our needs, when needed. We were a small group of 7 riders that all meshed so well. We were so lucky! This Portugal Bike trip is now our “top trips list.”

“This was a return to Portugal after our first visit five years ago. Portugal Bike afforded us a totally different experience from touring in a car – a perfect combination of an active yet fully relaxing vacation with great food and excellent wines. The variety of paths and roads we travelled on the high quality (and fun – especially the sections like easy trail riding) hybrid bikes enabled us to see beautiful scenery not otherwise easily accessible, e.g. pounding waves on the west coast, monasteries and ancient towns at the top of hills (the granny gear made getting up the hills very manageable). When we had to share the roads, the drivers were extremely respectful. Everything was well planned and Jose and Christina were excellent hosts.
We are looking forward to seeing more of Portugal on a bike in the future. Portugal by Bike – We Loved it!”

“We had a wonderful time on your Charming Pousadas of the North tour. The landscape was lush, verdant and varied. Jose planned a wonderful route, as far away from traffic as possible – country roads, farm and forest lanes, cobblestone paths through villages, even a segment of a Roman Road. In addition to planning a unique and satisfying route, Jose was a pleasure to ride with, full of cheer and a font of cultural and historical information. Cristina provide solid van support, perfect picnic lunches. The accommodations were wonderful, luxe and filled with history. Cristina and Jose also were perfect dinner hosts, choosing restaurants wisely, and creating a warm flow of conversation. The overall experience was a wonderful introduction to Portugal that only thoughtful and gracious Portuguese hosts could provide. We are veterans of about 20 inn-to-inn bike touring trips with a variety of touring groups, and found Portugal Bike to be at the top in terms of the overall quality of our experience. We’re looking forward to booking another trip with Portugal Bike in the near future.”

“My wife and I have just completed the ‘Charming Pousadas of the North’ cycling tour with Portugal Bike. This tour was a truly wonderful blend of activity and relaxation. Jose and Cristina have struck a perfect balance of interesting riding through delightful country on mostly quiet roads with time to relax and enjoy the Pousadas and their environs. Their professionalism and attention to detail ensured that the entire tour ran smoothly from start to finish. Cristina kept in touch with us by email and ensured that we were at all times kept informed. Our questions were answered promptly and in detail. The fact that we were able to hire an e-bike for my wife ensured that she was easily able to keep up with Jose and myself. In fact Maree powered past us on the big climbs, much to her delight. The accommodation is first class, the food is plentiful and top quality and the riding varies from easy to challenging. I am happy to recommend PortugalBike to anyone seeking a cycling tour in Portugal.”

“What an exceptional experience! We had such a wonderful time full of cultural experience, beautiful cycling and accompanied by two amazing individuals. Jose and Ricardo really made the trip over the top wonderful. The north of Portugal is a beautiful place and well worth the time! All logistics were well planned and hassle free to boot. Again, I want to reiterate how amazing the guides are. Truly exceptional people. Not to mention the food! I wasn’t expecting the gastronomy to be so great as well. I highly recommend this or any trip with these folks”

by an amazing client

The Charming Pousadas In The North Portrayed by An Amazing Client

One day we had a special client doing this tour; he was an artist! Every morning, before cycling, he sat somewhere painting with his watercolors. Here is the Charming Pousadas in the North portrait, day-by-day.